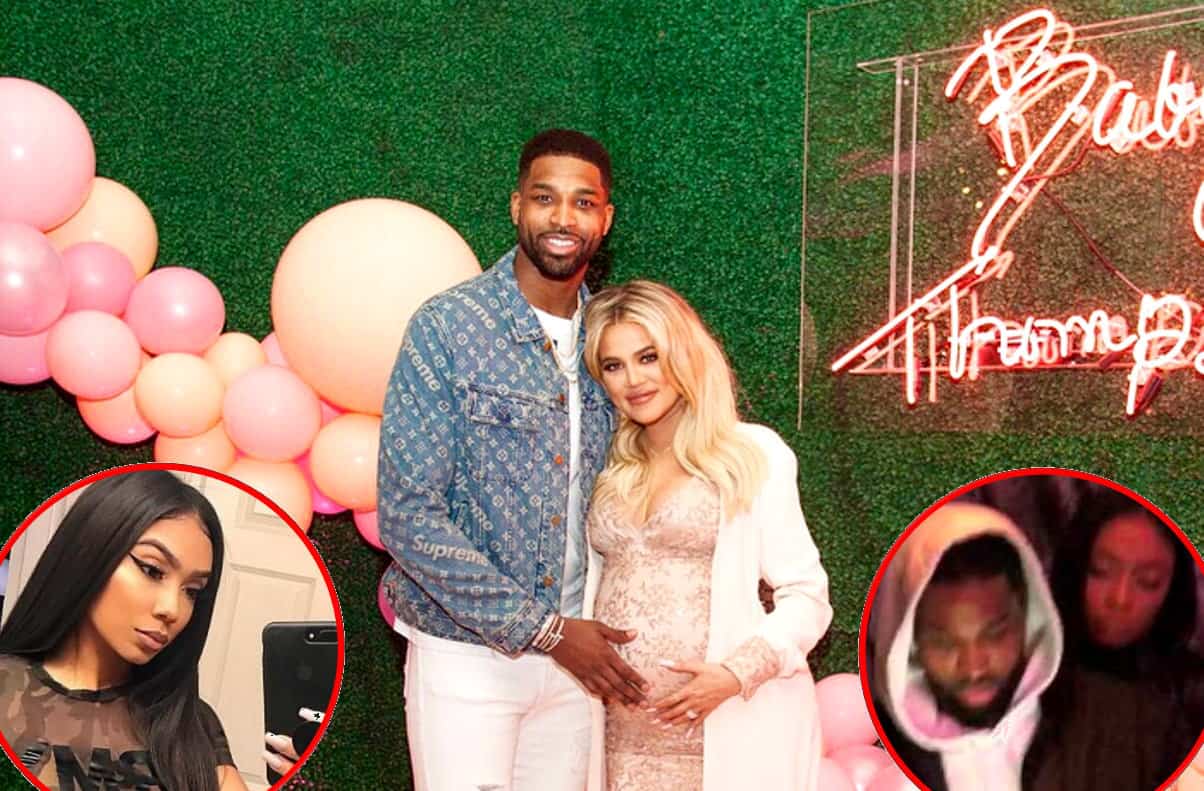 You know that feeling when you’re days away from delivering your first child, and you see pictures of your baby daddy with multiple women splashed all over the internet? Well, Khloe Kardashian does.

This past weekend, the Keeping Up With the Kardashians star’s boyfriend, NBA star Tristan Thompson was in New York with the Cleveland Cavaliers ahead of their game against the NY Knicks, when he decided to take in some music with friends at nightclub, PH-D. Sounds innocent enough, right?

Well, maybe not so much. According to fellow club goers and photographic evidence, Tristan got awfully friendly with a pretty brunette, later identified as Instagram model, Lani Blair. In fact, the two were pictured kissing! 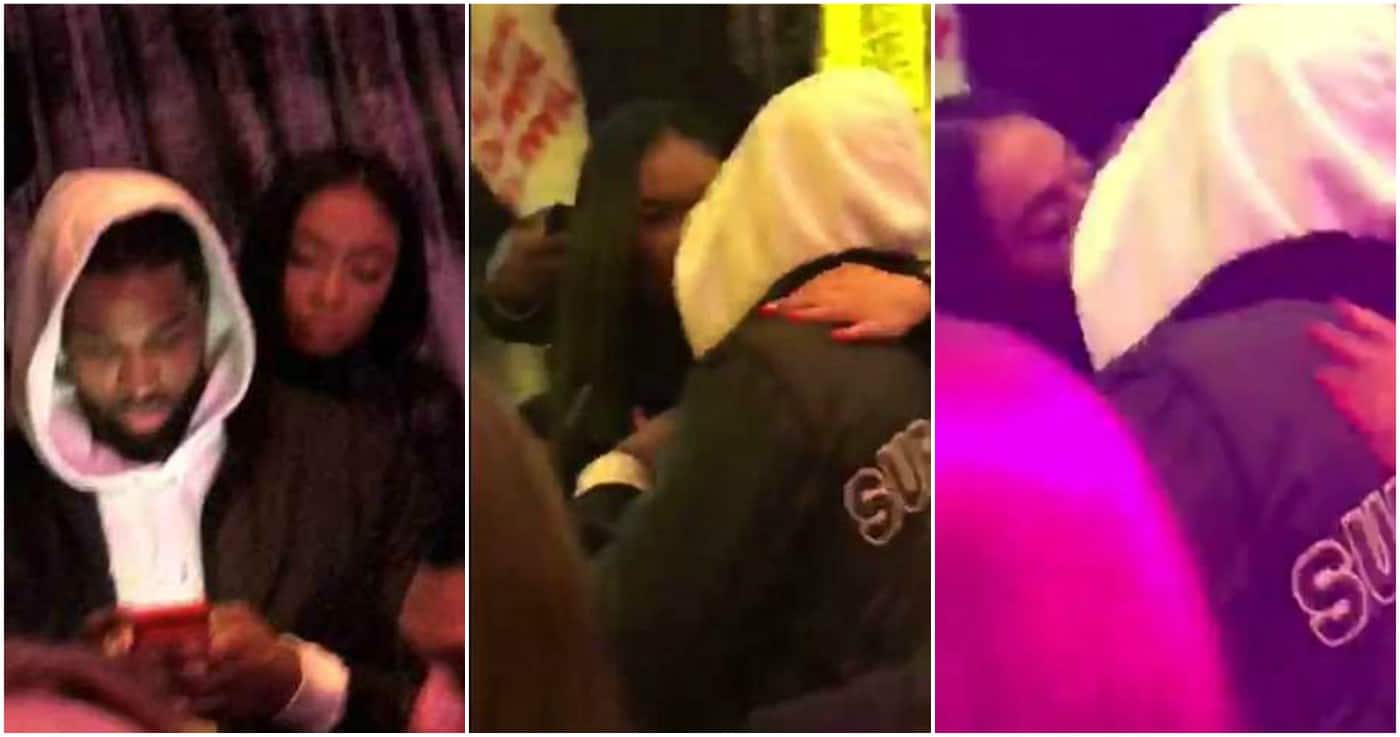 “Everybody knew who he was. We talked about it, and everybody watched them make out several times”, said the female witness, who recorded the video, to the Daily Mail. “I have obviously seen him before, and people around me were like, ‘That’s Tristan Thompson’. I’ve seen him on TV.”

To make matters worse, the all star athlete was seen later that night  making his way into The Four Seasons Hotel with the same woman, only to emerge four hours later wearing different clothes. And they must have made a whole weekend of it, because Blair was seen leaving the Cavs hotel on Monday morning with an overnight bag.

#Swipe to see more of our exclusive pics of #TristanThompson and the mystery woman in question 👀 (We know who she is but the tea is already hot) (see previous post) 📷: 247paps.tv/Splash News

The 27-year-old woman has made her Instagram private after being inundated with comments from Kardashian/Thompson fans blasting her for wrecking their happy home. 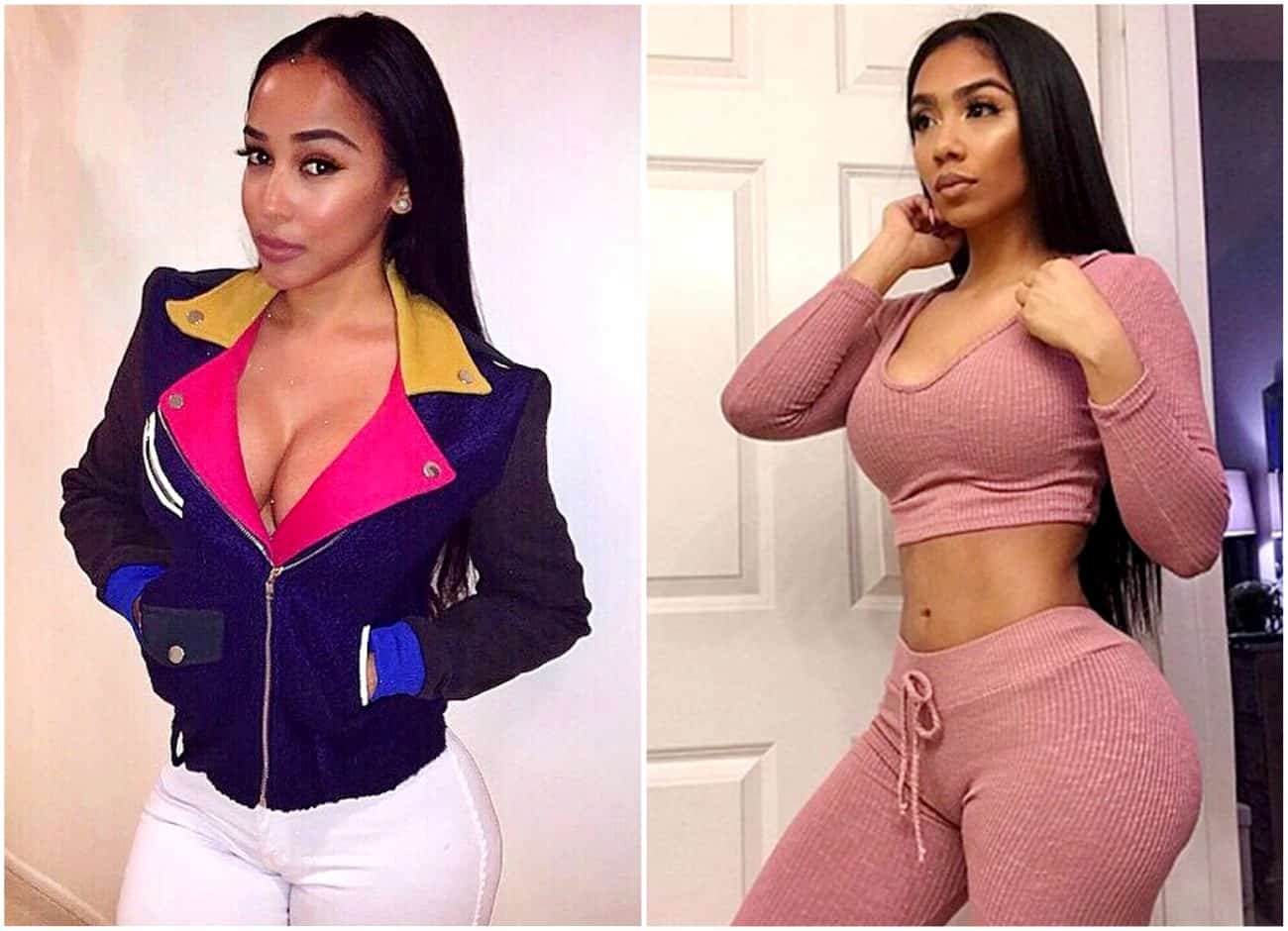 Pictured on the left is Tristan’s ex Jordan Craig, and on the right is the alleged woman he cheated with Lani Blair (many people are pointing out how similar, and very different from Khloe, both women look!)

But perhaps she shouldn’t feel too guilty, because as it turns out, this may be a pattern for Tristan.  TMZ posted a surveillance video from a Hookah lounge Tristan visited in in DC back in October, and in them, Khloe’s man can be seen kissing and fondling TWO women!

Poor Khloe! This can’t be easy for her, particularly just before she gives birth to her daughter. But some might say this is simply karma paying Khloe a long overdue visit.

Kardashian aficionados will recall that Tristan was already involved in a relationship with his ex girlfriend, Jordan Craig, when he began dating Khloe…and she happened to very pregnant with his child at the time, too.

But don’t think that Miss Craig is enjoying Khloe’s pain. She’s obviously a far better woman than most. And at least on social media, she’s wishing them well.

”If you respect yourself and you respect others, you would never make light of the misfortune of anyone. Nor would you feel indemnified when it comes at the expense of others. Wishing peace for everyone” Craig said on Instagram Tuesday.

Anyway, it turns out our mothers were right all along (again!)..how you got him is how you’ll lose him. How odd that Kris Jenner would have skipped over that little life lesson.

We are ready whenever you are little mama 🦋

TELL US – DO YOU FEEL SORRY FOR KHLOE? DO YOU THINK SHE WILL DUMP TRISTAN?

In this article:Khloe Kardashian, Tristan Thompson, Jordan Craig, KUWTK, Keeping Up With The Kardashians, Lani Blair