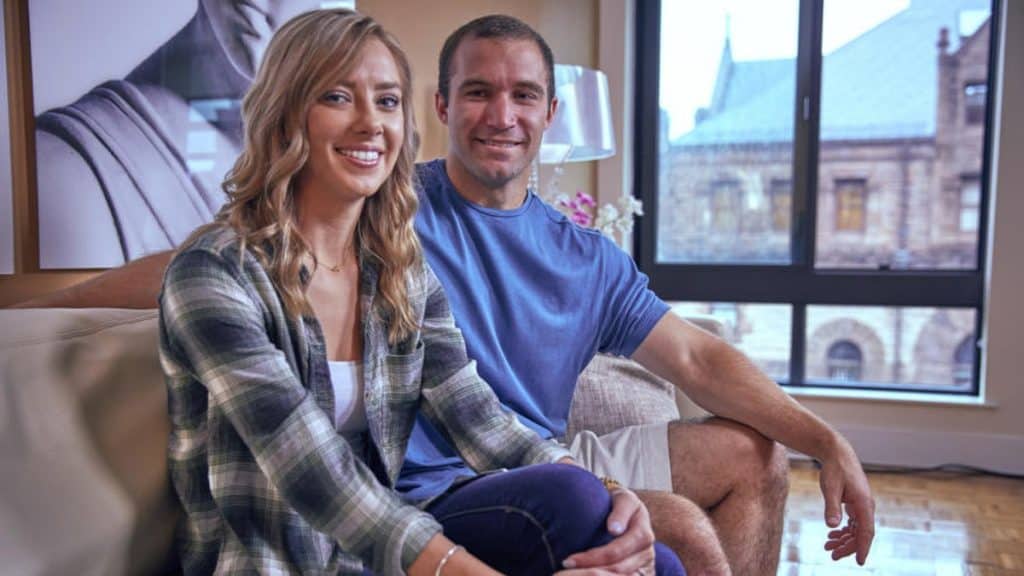 In a surprising turn of events, things didn’t go very smoothly for one of the couples on Married at First Sight.  With Decision day just around the corner, the couples seemed more stressed as expected for anyone in their situation.

Following the advice of the experts, all the couples went on a second honeymoon. Well, the second honeymoon ended things for Molly and Jonathan. While on the honeymoon, things went way south and Jonathan recorded Molly saying some not so nice things. She called him disgusting amongst other things and this was the last straw that broke everything for this couple. Must say this was the couple I would have had my money on earlier on in the season. Glad I didn’t.

Following the fight, Molly packed her things and left Jonathan. During the show, Molly complained of a lack of attraction to her husband so the fight was likely the combination of a lot of issues going on with these two.  But the duo also mentioned several times that they were so alike in personality, interest and had so much in common so they truly seemed like a perfect fit. Both Molly and Jonathan seemed disappointed and it was hard for them to tell some of their  family members and friends who were all very supportive yet very disappointed.

The guys get together at Ryan’s house for a feast that soon turned to awkwardness when Jonathan reveals he and his wife are going their separate ways. Both Ryan and Jepthe were shocked but then it seemed Jonathan’s revelation made it easy for Ryan to quickly come to the realization that he didn’t feel quite connected to his wife, Jacyln, afterall. “If I were to cut ties, honestly, I wouldn’t be heartbroken at all,” he reveals. Yikes!

Like the guys, the ladies also got together at Shawaniece’s for Taco Tuesday and things quickly turned sour when Molly informed the ladies of her decision to part with her husband. As expected, the ladies were very supportive though shocked, not knowing things were this bad between them but also because they could be next.

Jaclyn returns home to Ryan who seems very cold when she tries to kiss him. During the conversation between Ryan and Jaclyn, Ryan says something about how they would always be connected, implying things weren’t exactly great between them. Not only was Jacyln shocked, I was shocked too!

Jacyln didn’t like hearing that, as while they had their ups and down they seemed to be in a good place for the most part. A confused Ryan later apologizes to his wife and offers a piece offering in the form of a necklace molded from flowers from their wedding. So now I am even more confused than ever of what to expect from this guy. Poor Jaclyn!

Jepthe and Shawniece, despite having a few issues here and there, this couple actually seems to have the best relationship.  Jepthe has come a long way from his stranger wife days and made a complete 180 turn. Jepthe confesses to the other guys that while he isn’t in love with Shawniece yet, he can definitely see their relationship blossoming.

Tell Us – Are You Surprised About Jonathan and Molly’s Decision? Do You Think Ryan and Jaclyn Are Going to Make It?