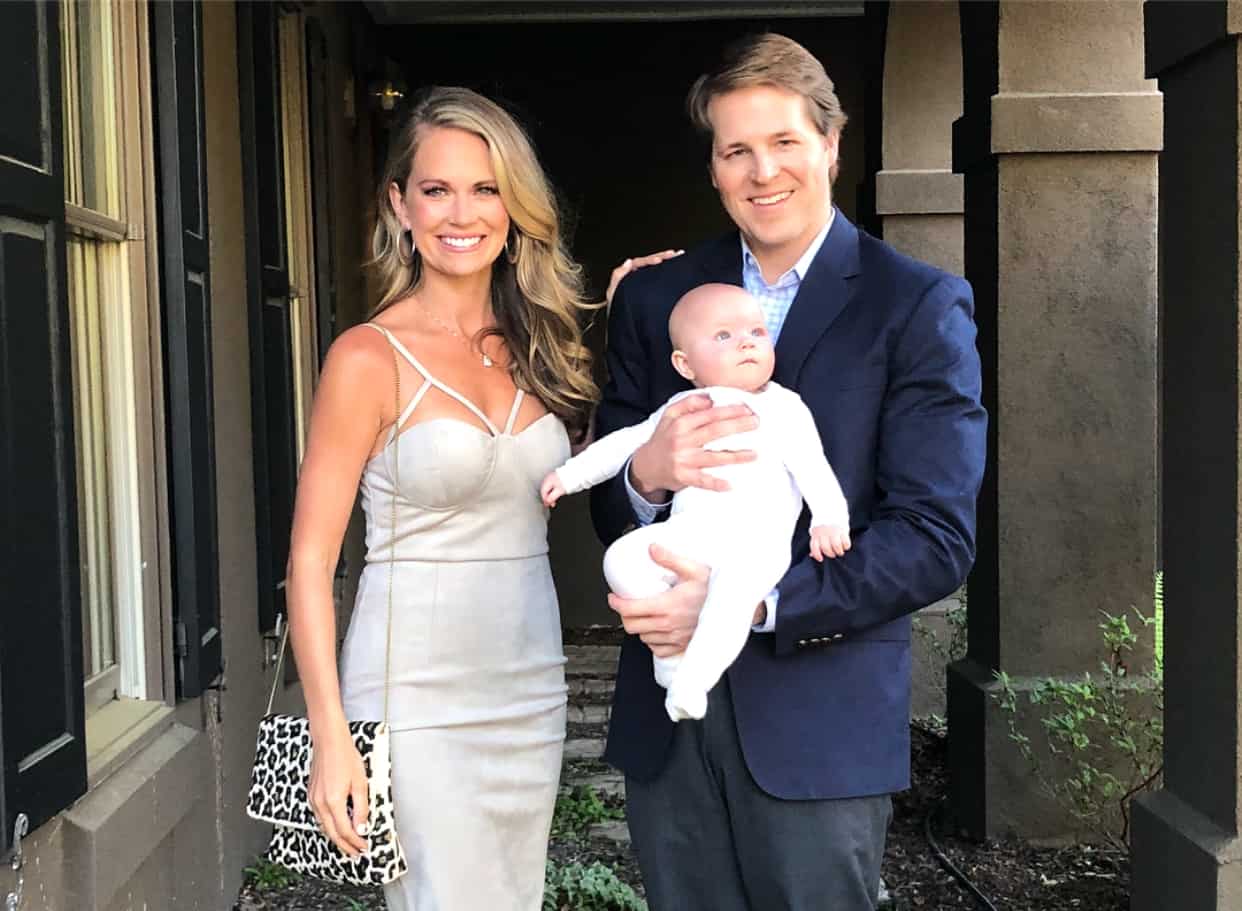 It’s been months now since Southern Charm star Cameran Eubanks welcomed her first child with husband Jason Wimberly, after years of debating on the show whether or not she even wanted children.

So it’s no surprise that the question the new mom gets the most these days is if she’s planning to have more kids in the future. Not surprisingly, that answer is NO! In a new interview, the Bravo reality star reveals her reasons for not wanting any more children, and also opens up about what it’s like being a new mom. Additionally, she shares why she chose to stop breastfeeding after two months.

Talking to The Daily Dish, Cameran, 34, who gave birth to daughter Palmer on November 11, 2017, reveals she is done having kids.

“No, I will not have more kids in the future,” Cameran said definitively during an interview on April 24. “My husband and I had a very serious baby talk on our anniversary, and we weighed the pros and we weighed the cons. And I do not think I will be having more children.”

One of Cameran’s reasons has to do with the grueling nine months of pregnancy.

“I didn’t really like being pregnant, so I don’t really want to go through it again. I’m good,” said Cameran. “I wasn’t one of the women that loved being pregnant. I was kind of mortified by the whole thing.”

Most Southern Charm fans will recall that a psychic on the show once predicted to Cameran that she would end up having three children, however, she insists one is the magic number for her and Jason, her anesthesiologist husband of four years.

“I don’t think I have the personality for more than one. I think I would have to jump off a bridge,” she joked. “No, one is good. With one child, one parent can take [her], the other person can get things done. It’s my speed.”

Cameran does make it clear that she loves being a mom to her ONE child, Palmer!

“Yes, I am glad that I went through with it. I love Palmer. It is so true, like the saying, ‘When you have a baby, your heart lives outside of your body.’ It is the most love you will ever feel,” she revealed. “It’s so intense that it’s almost scary, so it’s crazy.”

It hasn’t been smooth-sailing however as Cameran revealed back in January that she stopped breastfeeding after two months.

“Today marks the day I am DONE with breastfeeding. Gave it a good almost 3 months and I am retiring the boobs. Writing this in hopes it will make other mothers feel less alone,” wrote Cameran. “You see, I’m not quitting because my milk supply dried up or because I’m sick… I’m quitting because I’m just plain OVER IT. BY CHOICE. I know I will get lectured and judged by this but it doesn’t bother me. I need some freedom back for my sanity and the bottle and formula will allow that.”

TELL US – THOUGHTS ON CAMERAN’S INTERVIEW?