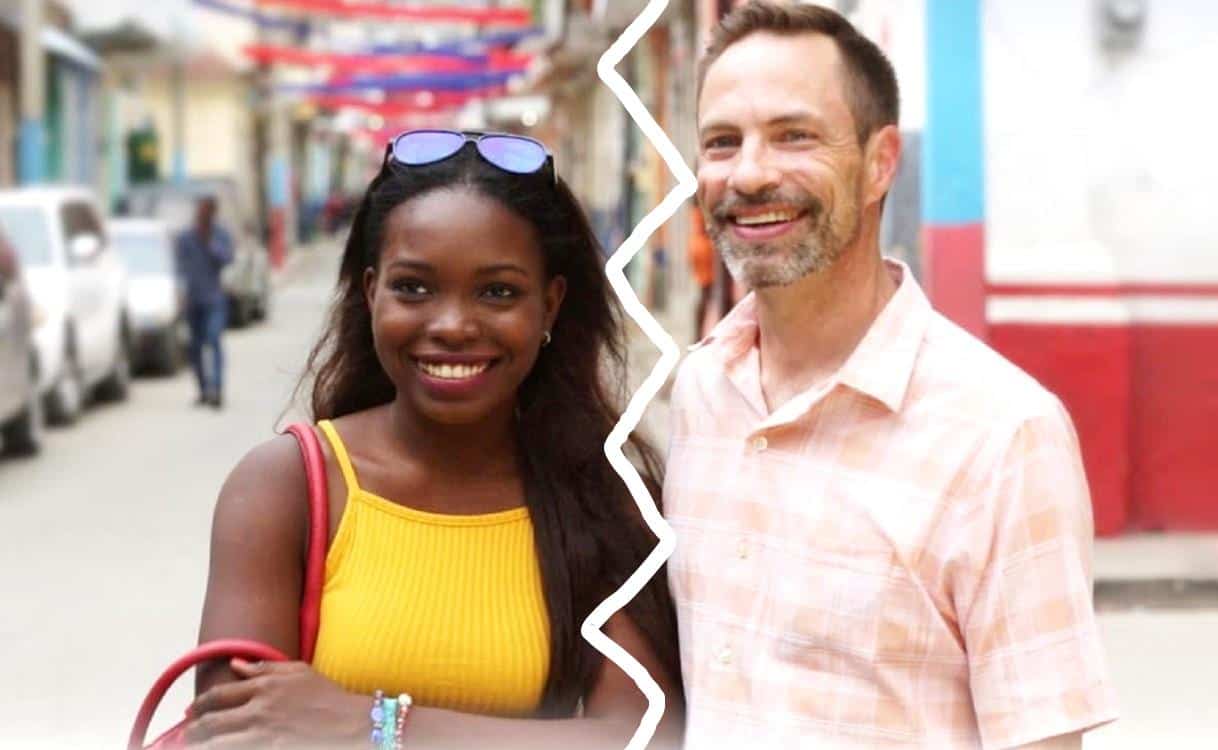 A month after her split from ex-fiance Sean Hiler, 90 Day Fiance: Before The 90 Days star Abby St. Germain just shared a photo of her new boyfriend!

Additionally, the TLC reality star is accusing her ex Sean of being prejudiced against Haitians.

Abby, 20, took to her personal Facebook page yesterday to share a photo of her new boyfriend — an American businessman that she started seeing right after she broke broke up with Sean back in March.

On April 26, Abby posted the photo below with the caption: “-9 days till I see you again.” 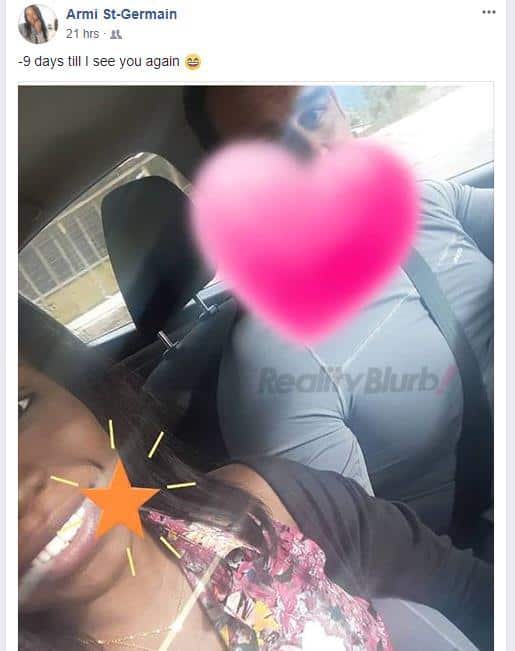 And in an earlier post, she revealed how happy she was despite having just met him. She also shared that he had never seen the TLC show that made her famous.

Abby wrote, “I’m in a beautiful new and exciting relationship. The man I have been waiting and looking for. He was unaware of me being on the show and doesn’t care about the show. He doesn’t want anything to do with the show or lime light. He is from the States and very successful business man. To all my friends that I have met and connected with Thank you for your love and support. Yes your girl Abby is doing great and very happy in this new adventure. Love all my supporters.”

She continued, “I know some of you will still judge saying that it’s only been a month etc but it wasn’t planned. It’s someone I met recently and we just connected so beautifully we decided to date days after we met. But at the end of the day , it’s my life, my decision to make! The love of your life doesn’t come to you just like that ! Good day guys.”

She shared another recent photo with her new beau as they appeared to be getting massages at a luxury resort. 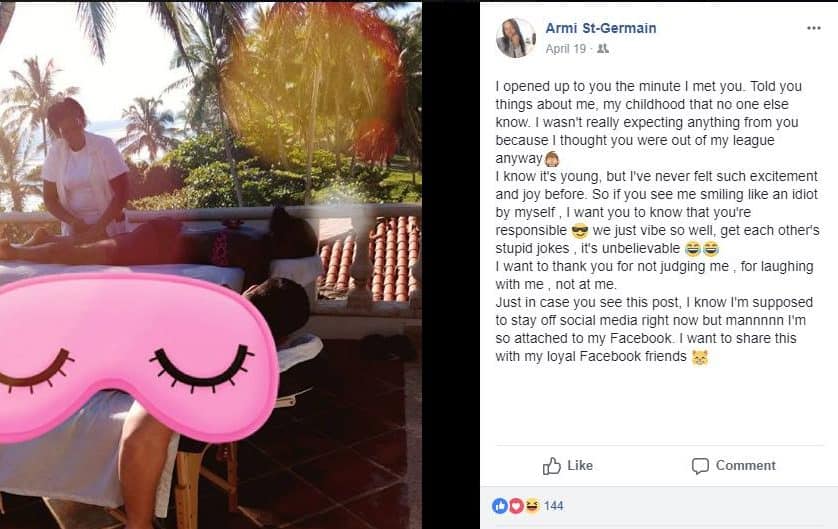 While Abby is happy in her new relationship, she did make some shocking allegations against her former fiance Sean back on April 10 when she accused him of being prejudiced and feeling superior to her because she is Haitian.

Abby’s posts came after Sean did an Instagram Live video session during which he apparently bashed her. We took screenshots back then but never did a story about it as Sean deleted his video before we could view it. Well, below are screenshots of Abby’s allegations against Sean.

In one post, she wrote: “It’s not ok to “date” another race because you feel superior to them.”

She later typed, “I hope you weren’t expecting better from me. As you said, I’m just a Haitian girl. I don’t know better.” Abby also shared a private message from Sean in which he asks her to take down her posts, citing that he has deleted his video bashing her.

As for what set Sean off, it appears he was upset back then upon finding out that Abby already had a new man.

Back when the split first happened, Sean did a live video in which he revealed Abby was the one who dumped him, and stated he would like to get back together with her but that he had no plans of begging her. As for Abby’s allegations, Sean has yet to respond to them to the best of our knowledge.

Safe to say, this relationship is over for good.

TELL US – DO YOU BELIEVE ABBY’S CLAIMS THAT SEAN IS PREJUDICED? SURPRISED SHE ALREADY HAS A NEW MAN?