Carole Radziwill Completely Eviscerates “Catty” and “Obnoxious” Bethenny Frankel In Blog! Calls Her Out for Dissing Adam & Using Dorinda as a Pawn

by Sola Delano May 18, 2018 10 comments
ShareTweetWhatsappPinterestRedditTumblrMailFlipboard 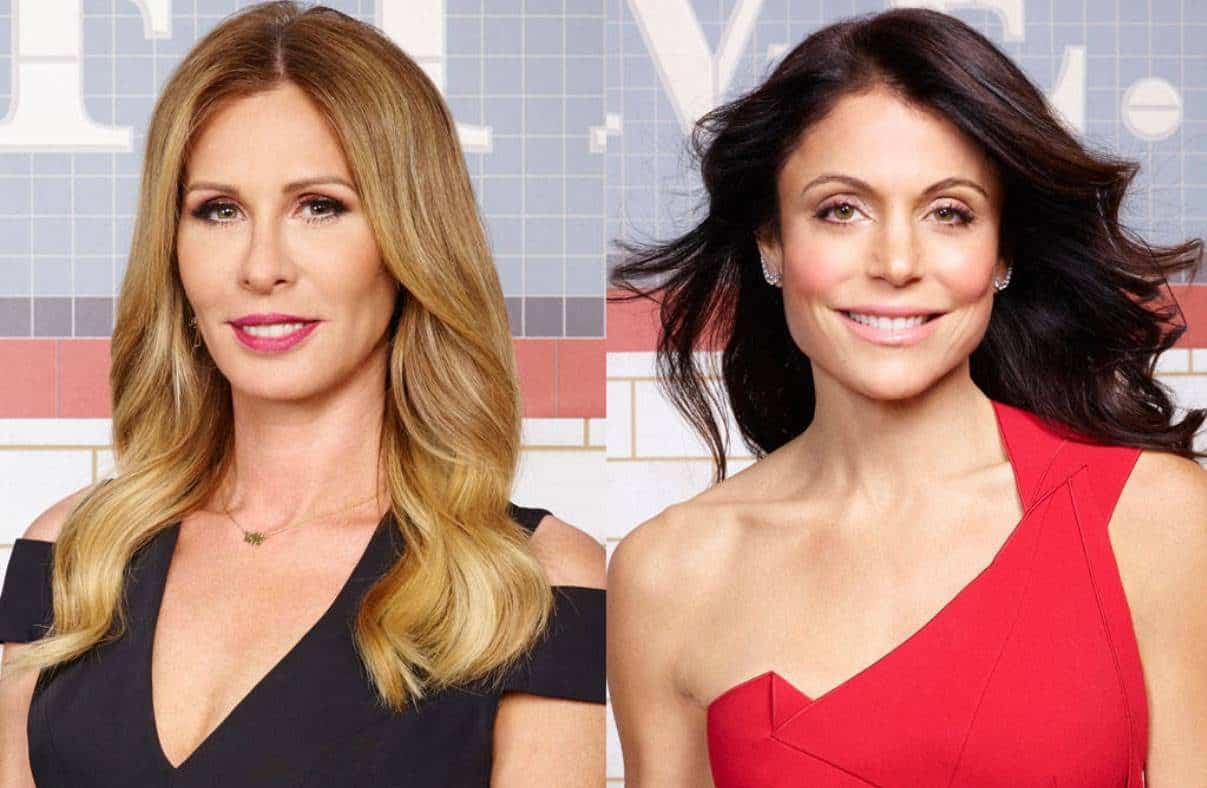 Yes, by now we’re all used to Carole Radziwill and Bethenny Frankel throwing their weekly shade at each other following each Real Housewives of New York City episode.

Except this week, Carole is throwing a whole damn branch when it comes to her former best friend. In her latest blog, Carole takes no prisoners when she describes Bethenny as being ‘catty,’ ‘disrespectful’ and ‘obnoxious.’  She accuses Bethenny of using Dorinda Medley as a pawn, says she’s attached at the hip with Sonja Morgan now because they are a lot alike, plus she also claps back at her for dissing her boyfriend Adam Kenworthy and accuses Bethenny of never supporting others.

It is a long but definitely good read. Below are excerpts from Carole’s Bravo blog this week –

“I’m glad to see my friend Bethenny step outside her affluent bubble, with her stream of rich boyfriends, rich friends with private planes, million dollar homes, and five-star resort vacations. One gets the impression this is the first time she’s witnessed real poverty. It can be life-changing. I know it was for me, many years ago when I first covered tragedies as a journalist. The shock of having, then losing, one’s home and all its possessions (and having the guts and dignity to soldier on) is awe-inspiring. It is partly why I quietly give money to charities and political campaigns I believe will make a difference in the world. And why, years ago, I created my own charitable foundation.

It is a good use of celebrity, and I hope this journey will make Bethenny a wiser and kinder person closer to home too. From the looks of it she’s got a ways to go. But I’m not counting her out yet! We are now in Episode 7, and as I continue to say how proud I am of her, and ask her about Puerto Rico, she continues to be out-of-control aggressive, parrot back anything Sonja tells her, berate Tinsley (a woman who wrote her a $10k check) and insult me behind my back. And that’s just over drinks at Megu. Lol.

At lunch Dorinda is being verbally water-boarded, (that’s what we all call it). Bethenny does this often, you’ve all seen it:  her uninterruptable talk pattern that leaves her victims helplessly nodding in agreement. Sonja does this too which may be why these two are attached at the hip now.

Dorinda is being used as a pawn to further Bethenny’s agenda and she doesn’t quite know it — yet.  Not only am I a high maintenance, eyelash-wearing, fashion-obsessed, childless friend who doesn’t have a job and isn’t interested in what’s going on in the world, but guess what, Adam is too (minus the lashes)! As a woman, it makes me sad to watch another women, who I thought was my friend, talk behind my back with such cattiness and disrespect. But it makes good television and in the end that is Bethenny’s one true friend. Pass the popcorn.

All I’ll say about the latest bunch of insults, including the bizarre claim that I don’t have a career, is this: I will put my resume up against Bethenny Frankel’s any day of the week. When Bethenny was auditioning for B movies, I was travelling for ABC News to places similar to what you saw in Puerto Rico. After that I worked in publishing and wrote for national magazines, and now yes, I am on Reality TV. The irony isn’t lost on me that while Bethenny is gossiping about me over pizza with Dorinda, I’m working.

The entirety of Bethenny’s career, other than some minor success she had as a caterer, has been in Reality TV. From Apprentice to Housewives and all that it has brought her — including launching her Skinnygirl business — Reality TV has been very good to her. She worked hard, and I’m glad to see she is giving back. I’ve been her biggest cheerleader. I show up at all her launch parties, from booze to sparklers to candy. Last year in Mexico, I wore my Skinnygirl hardhat with enormous pride.

Unlike Bethenny, I don’t need to be biting and self-righteous in order to make myself feel better, smarter, or more successful. I hardly recognize the woman on television shaming women simply for having different opinions and interests. Obnoxious lines like, Call me when you’ve had some success, set all women back. Ramona, whether you like her or not (I do) is a very successful woman. She has had success in business, gracefully navigated a nasty public divorce, and raised a thoughtful and intelligent daughter. That’s my definition of success. What’s yours?

Bethenny did get one thing right about Adam: He is richer, in all the ways that count in life, than Bethenny will ever be. Unlike Bethenny, Adam was 23 and dead broke when he created and ran an actual licensed charity. A not-for-profit that helped sustain a small farming community in Nicaragua. He fundraised and took money from his rent budget in order to keep the charity afloat. No five-star hotels, camera crews, or privates planes to jet in and out of disaster zones, but still he managed to do this and so much more. Two years ago, Adam was in Africa making a film for a not-for-profit children’s hospital. For free. This year he got straight off a red-eye from SanFran, ran the marathon in four hours, and raised $3,200 for North Shore Animal League. It’s still not too late to donate.

When Harvey hit last summer, Bethenny was partying in Ibiza, I was taking care of a friend whose husband had passed away, and Adam was working hard commuting three hours between clients each day. So, no, Adam couldn’t go to Houston at Bethenny’s whim. He is building his business, and he has to hustle — you’d think if anyone would understand that it’s Bethenny. How quickly she forgets the struggle. He suggested switching one client’s day but couldn’t afford to lose his day rate — certainly not to take pictures of Bethenny to post on her social media. So off she went to Houston with a professional paid photographer in tow to take pictures of her and the endless selfies she allegedly disdains. Yes, that makes everyone I know chuckle too.

This concept, of celebrating others accomplishments, is a foreign one to Bethenny. In the 10 years she’s been on television has anyone seen her promoting a friend, especially one on the show? She barely shows up to support the friends on the show with her. She should consider changing her tagline from it’s more important to bStrong to it’s more important to bNice. Because if mocking, insulting, and shaming her friends is a sign of strength, she can keep it.

And if you think I don’t have one you’re sadly mistaken. So get off my jock and if you’re going to come for me — you better not miss. You did a great thing in Puerto Rico, then you let your ego get the best of you. I’m still rooting for you… Until next week…”

TELL US – THOUGHTS ON CAROLE’S BLOG?