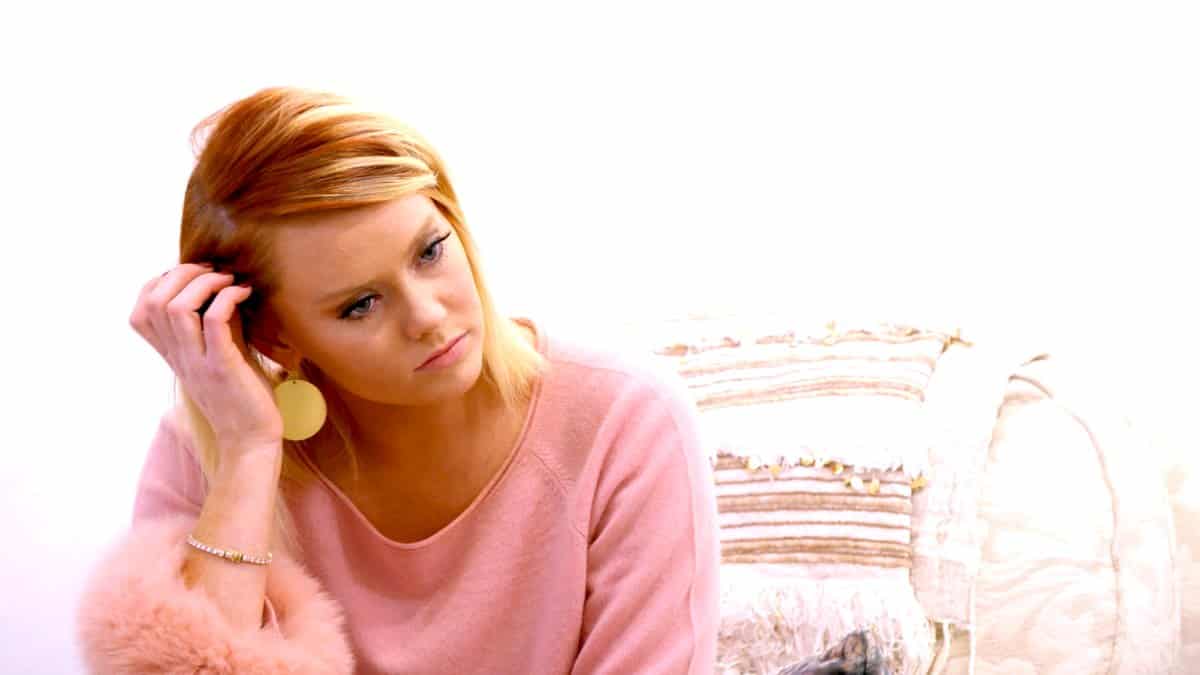 The crew has sobered up after Austen’s beer launch party, but it’s seems unlikely that all of the drama has been swept aside for this episode of Southern Charm.

The show begins with Naomie at kickboxing. Turns out that Kathryn was supposed to join her, but she apparently ghosted Naomie. It appears as though no one has seen or heard from Kathryn. “This is like old Kathryn stuff” and there seems to be a moderate amount of concern brewing.

Shep and Austen get together to grab some food and drink. Seems like that’s all these two do… Do either of them work? The guys discuss Austen’s beer launch party and Austen shares that he got into a fight with Victoria, his girlfriend. Turns out that Victoria got salty upon hearing that Austen picked up Chelsea when greeting her. Austen has become fed up with Victoria’s jealousy and the fight escaladed when “she tossed a drink at me.” Austen stated that he blocked Victoria and they are “over.” So much for that love triangle. Bet Austen’s chomping at the bit to let Chelsea know about this news….

Ashley and her man voice pay a visit to Patricia to discuss relationship woes. Upon hearing Ashley’s sickly voice, Patricia rings her butler Michael so that Ashley can have a hot toddy. Ah, to be that rich! Ashley becomes emotional talking to Patricia as she explains “she felt a shift in the relationship” with Thomas. Ashley can’t seem to “deal with an older man” and wants him to get his “sh*t together.” A pretty ballsy statement to make to Miss Southern Charm 2k18, Patricia. Patricia’s advice to “just sit there and listen” and “keep quiet” goes over like a lead balloon with Ashley.

Naomie pops over to Chelsea’s house and she shares her Kathryn news. The more people Naomie talks to, the more people realize that they, too, have not heard from Kathryn for some time. “I hope that she’s not drinking or doing drugs.” Jeez girls. Let’s just keep talking about the fears that could possibly be happening to Kathryn and NOT take ANY action whatsoever………

Aw, the three musketeers are back in action. Cameran, Shep, and Whitney. When asked about motherhood, Cam retorts, “I’m breastfeeding so I’m kinda like a prisoner.” For some reason, Cam has brought some fresh “teet” milk for the fellas to taste. WHY. Naturally, Whitney takes a sip of it and gags, whereas Shep takes a swig and enjoys it. Typical. Cam insists on hearing some gossip and Shep shares that Thomas bought Ashley a “promise ring.” Woof. The convo turns into typical “girl talk,” except with dudes. Cam wants to know if “Craig has been laid ever before Naomie” and Whitney asks Cam, “Are you going to have to get laser vaginal rejuvenation therapy?” Ew, Whitney. Why do you know this sort of stuff?! Some friendship these people have.

Later, Craig-ward Scissorhands grabs a drink with his buddy Warren, an old law school pal…except Craig didn’t really graduate, but whatever. Warren is an amazing addition to this episode as he slams Craig with question after question. Some favorites are: “Do you even want to pursue this [law]career?” “What is your job?” Upon hearing Craig’s “a pillow seamstress” response, Warren really lays into Craig. “Are you a seamster or stress? Pillow business is lucrative? Is that clip art?” Craig does not trust his friend’s eye for pillows and states that “I’m a straight man who loves to sew.” When talking about his “business” failing, Warren suggests that Craig could just “off yourself with a butter knife.” Too soon?

Thomas, dad of the year, greets his kids in the morning wearing his fresh white pants. “As of late, co-parenting with Kathryn has been good.” Thomas sings Kathryn’s praises and even goes as far as saying, “She will probably be voted mom of the year.” Now if only Kathryn would answer the phone so her poor friends know she is ok! “It’s been days.” Kathryn’s friends are now on a stake-out. Kathryn has missed two days of work and has not been heard from for far too long. Naomie and Danni discuss what they are going to do once they get to Kathryn’s apartment. Kathryn’s car is in the parking lot…but she’s not answering the door. Something is definitely up. Kathryn’s mailbox is full and after getting the property manager, the property manager lets the girls know that Kathryn is alas, alive and inside her apartment. When Danni and Naomie try knocking after hearing that news, Kathryn plays them, doesn’t come to the door, and you can tell that the friends are becoming frustrated with Kathryn’s current behavior.

Patricia phones Craig and asks to see him in an hour to discuss the upcoming pillow project. Craig states, “I’m trying to be a cultured adult and make flower arrangements.” Uh, what? After putting together a shotty portfolio for Patricia, he FINALLY rolls up to Patricia’s house hours late…already setting a fine precedent for future business. NOT. Patricia explains that they are in a “time crunch” and asks to see some of Craig’s designs. She pooh-poohs all of his “clip art” and demands some original art work. “It’s been two months…I love you. I’ve given you more latitude…but I think we have to table it. It’s business, ya know?” And just like that, Craig’s hopes and dreams come crumbling down. First Warren. Now Patricia. Their goodbye is sooo awkward and you can totally tell that Patricia just wants to get back to her cocktail.

Naomie decides to host a spa day at her house for the girls, sans Kathryn. Although the girls are worried about Kathryn, they are super excited to have Cam join the party. Cam shares the highs and lows of motherhood as she chows down on chicken nugs and gets a hand massage. This is like the best party ever. As fast as Cam pops in, she pops back out to head home for her baby. Later, Shep phones Chelsea to fill her in on some dirt. Turns out that Kathryn did go and pick up the kids from Thomas…so I guess that’s a good sign. Now, we just have to figure out what’s causing her to be so off in other aspects of her life.

Date night! Ashley and Thomas head out for a romantic dinner. Ashley explains that they have hit a “rough patch” and that she is “starting to really assess everything and there’s a lot of red flags.” After getting bashed by Ashley, Thomas reaches into his coat pocket and throws Ashley a jewelry box. Ashley is noticeably disappointed upon opening the box and finding a….bracelet and not an engagement ring. Thomas explains that perhaps Ashley should “get involved in something outside of” him. Ashley looks like she is going to have an absolute meltdown.

She has emerged! Kathryn has been spotted out in public…and she makes her debut at Danni’s house. Danni lets Kathryn know how worried she was during Kathryn’s radio silence and Kathryn finally spills. “I literally took a mental break.” Hmm…that must be nice. Kathryn explains she “literally just shut off the world” and Danni lets her know that it was not okay. Good for Danni.

Kathryn tries to explain her depression to Danni and tells her that she stopped taking her depression medication. Turns out, Kathryn was given that medicine for a reason and it backfired. Because she stopped taking the meds, she got knocked for a loop and it put her back into a funk. Luckily, Kathryn seems like she may be able to keep her job because of the friendship she has made with her and others. Danni demands to Kathryn one final time: “don’t ever do that to me again.” I hope that Kathryn takes care of herself…because a lot of people do love her and she needs to know that. Plus, she’s gonna have to receive that “mom of the year” award from Thomas, too!