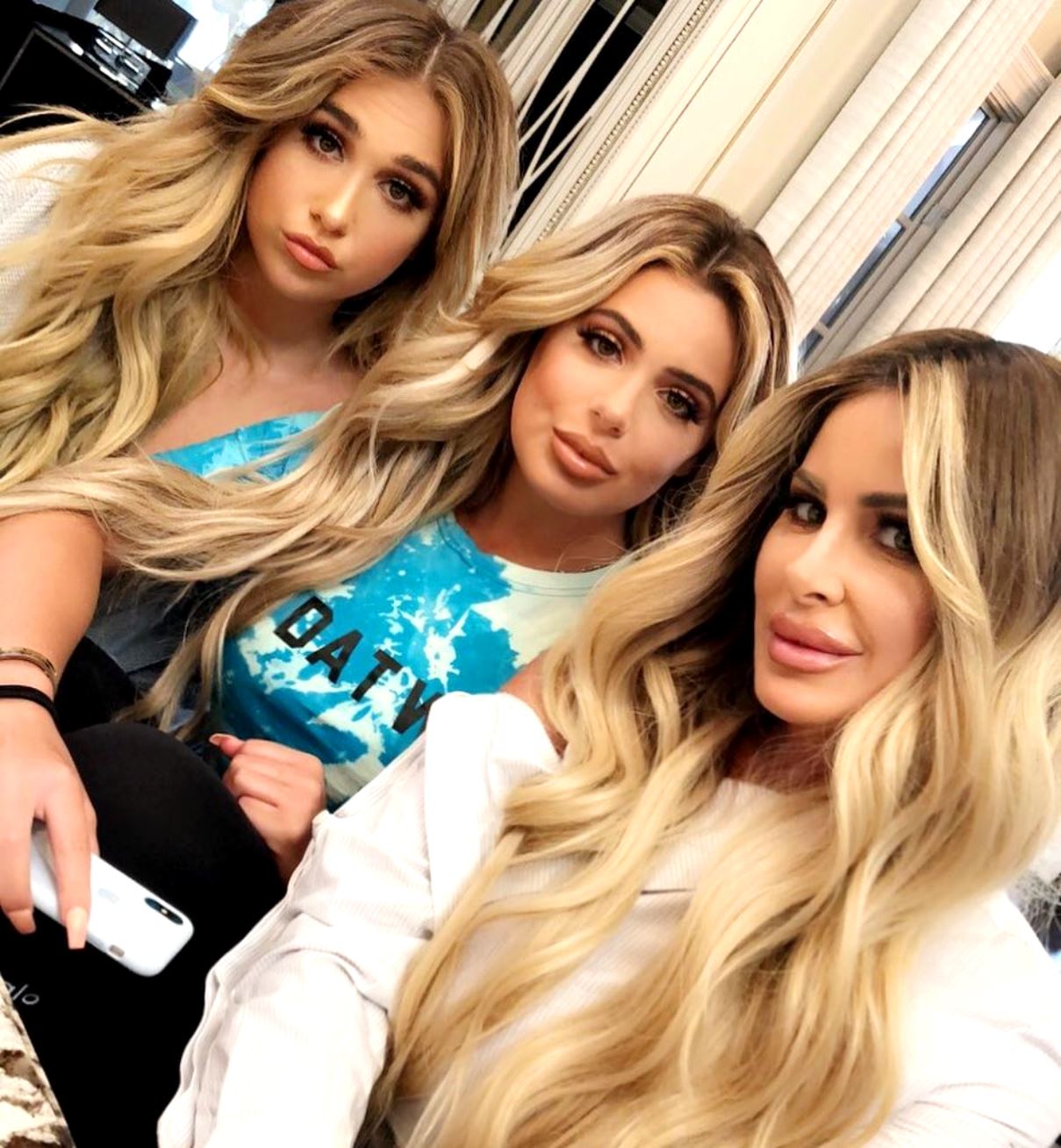 Don’t Be Tardy star Kim Zolciak is responding to accusations today that she might have allowed her 16-yr-old daughter Ariana Biermann to get plastic surgery!

On July 10, the 40-yr-old Bravo reality star posted the above selfie with her two daughters, Ariana and Brielle Biermann, with the caption: “The Biermann Babes ??.”

Right away, some of her followers brought up the fact that all three look like ‘triplets’ with one person even accusing her of allowing her daughters, including an underage Ariana, to have Botox. Kim however denied this.

Another follower wondered why all three ladies looked like “clones” and according to Kim, they were simply born that way!

Kim wrote, “It’s called genetics genius.” A screenshot of that exchange is below. 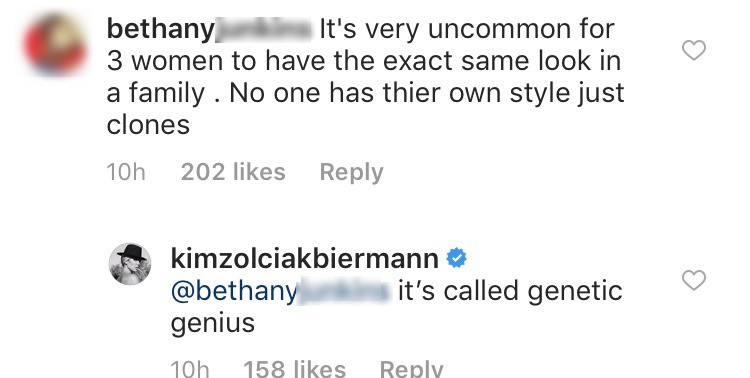 In other Kim news, she has just released a brand new song this morning titled ‘Wig‘ which is apparently an acronym for ‘Wish I Gave a S**t.’ And yes, we’re just as confused as you are!

Just moments ago, she took to her Instagram Stories to provide the iTunes link for the new single. 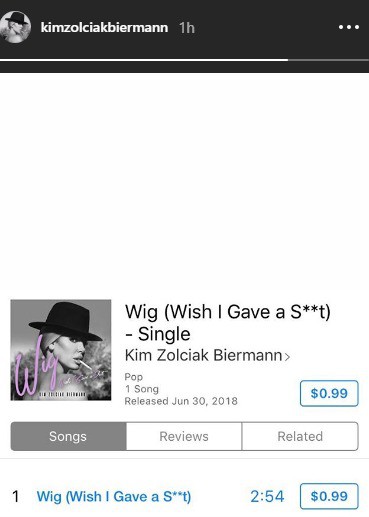 She also posted a clip of the new song on her Instagram page.

TELL US – THOUGHTS ON KIM’S NEW SELFIE AND HER NEW SONG WIG?