Home Teen Mom Teen Mom OG’s Tyler Barltierra on His Bipolar Disorder: ‘It’s Like Dancing on the Edge of a Cliff’

Teen Mom OG’s Tyler Barltierra on His Bipolar Disorder: ‘It’s Like Dancing on the Edge of a Cliff’ 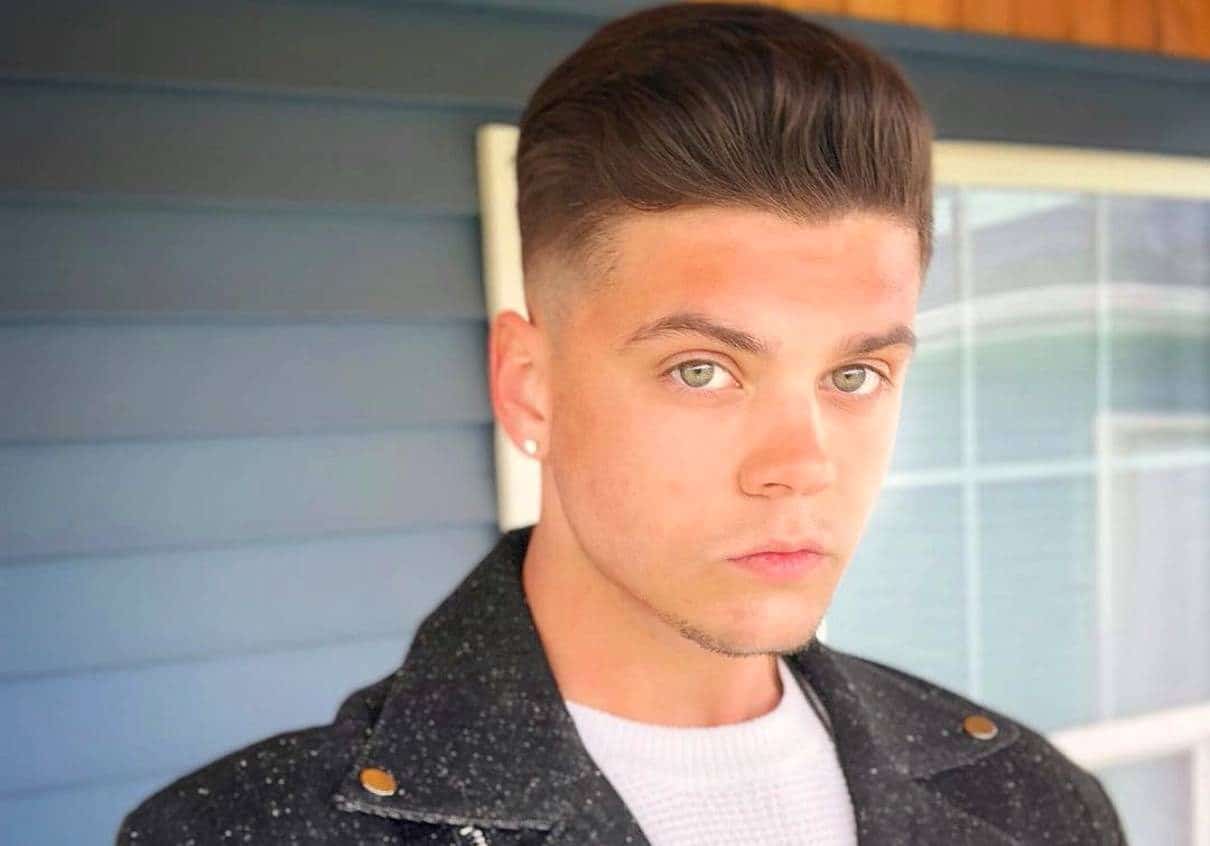 Earlier this year, Teen Mom OG star Tyler Barltierra revealed that he suffers from Bipolar Disorder, and since then, he’s been quite open about what it’s like to live with the condition, in the hopes that speaking out will help to remove the stigma often associated with mental illness.

And this week, in a post to his Instagram page, he spoke quite eloquently about the highs and lows associated with the disorder.

“Bi Polar is like dancing on the edge of a cliff, ” he wrote.  “The good moods are full of endless euphoric adrenaline, but the bad moods cause a reclusive crash with an abusive rift where there’s just too much emotions to go through and sift, which makes you trip down a long hard fall when you slip after you lose that grip once that adrenaline filled dance inevitably makes you tip.”

Tyler added that he will not allow the disorder to define who he is, and credited his love of writing poetry for his strength during the rough times.

“I am not my diagnosis. I am in control of my perceptions and my reactions. #PoetryIsMyBrainsFreedom,” he wrote.

Tyler’s wife of three years,  Catelynn Lowell, also has mental health issues, and was in treatment for depression and suicidal thoughts back in 2017.  Prior to revealing his own diagnosis, Tyler tearfully spoke about the particular difficulties of navigating mental illness while raising a young child in a video message.

“Sometimes you just don’t even really know what to say to your children.  I don’t ever cry in front of (three year old daughter) Nova or anything.  I don’t want her to feel any of that. You have good days, then you have bad days. And today is a bad day,” he shared.

Tyler and Catelynn aren’t the only celebrities lending their names to the cause, and speaking out about mental illness.  Mariah Carey and Demi Lovato both revealed their own bipolar diagnosis in recent years, and hopefully this growing star studded list will give courage to the many others who suffer from mental illnesses of all kinds.