Shahs of Sunset Recap: It’s My Party and I’ll Make You Cry if I Want to 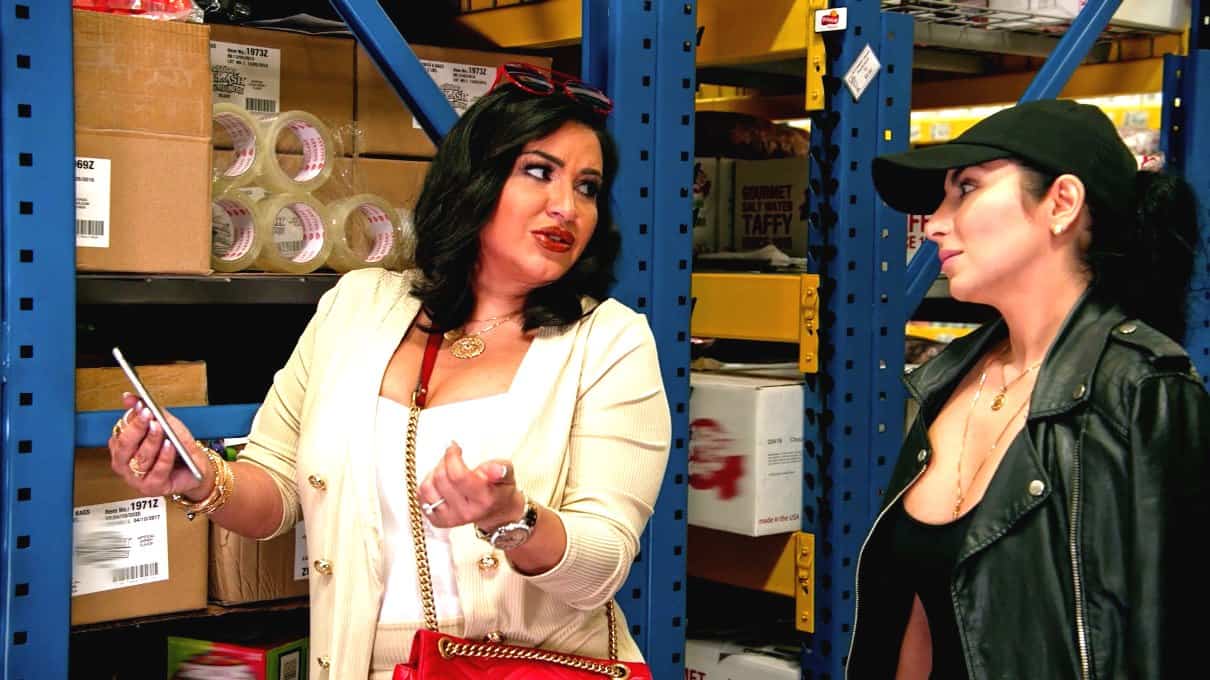 The Shahs of Sunset have returned for season 7, and the decadence and shade has already begun! They concluded their ski weekend in Big Bear with a major announcement that should have made everyone happy, but instead left one person feeling cold.

As we previously reported, Mercedes (MJ) Javid’s wedding will play a major role this season, and last night her lifelong long bestie, Reza, announced that she’d asked him to be her man of honor.  It’s the perfect choice, if you ask me. I mean, is there anyone more fabulous than Reza?! But Golnesa (GG) wasn’t the least bit pleased!

Instead of taking it in stride, GG did what she does best… she lashed out, asking how MJ’s fiance, Tommy was going to feel about her having a man of honor who “has been inside her.”  Yes, Reza and MJ had sex way back when they were teenagers, and Reza was still in the closet. They’ve both admitted that. But it was a low blow, and totally unnecessary, and MJ wasted no time letting her know that she was out of line.

While the rest of the crew sat in stunned silence, MJ told her that she needed to stop “twisting” everything.  But GG told MJ that she was the one twisting things.  You see, GG was still upset about MJ’s comment from the night before.  Just after they’d arrived in Big Bear, and were picking their bedrooms, MJ wondered aloud if she should call Tommy to see if he’d mind her sharing a bed with Reza.

GG felt that was silly.  First of all, they’re all just friends, and even if they weren’t, Reza’s gay and married, so she saw no reason why would Tommy feel threatened. She added that if she were going to share a bed with Shervin, she wouldn’t feel it necessary to ask her estranged husband, Shalom, and MJ said that she had “very f***ed up values.” In the moment, GG had just walked away, but it was clear that MJ’s comment had stung, and she was equally stung about not being asked to be maid of honor, so she took her shot.

As the group set off for home, Destiney tried to calm MJ down, and said that GG was really reacting the way that a sister would because she loves MJ. But MJ was unmoved. She said GG was acting like a “jealous low level hater,”  and needed to be a better friend if she expected to be a part of the wedding.

Like most brides to be, MJ is thrilled about her upcoming nuptials and her new life with Tommy.  Her mother, Vida finally approves, and now loves Tommy so much that she told MJ that she’d marry him if MJ didn’t.  It’s quite the switch! Last season, it didn’t look like Vida would ever welcome her son in law to be into the family, and now they’re cooking and planning the wedding together like old friends.

MJ feels she’s left her mother in the dark about many aspects of her life because she usually doesn’t approve of MJ’s decisions, but now they’ve become closer, as well, and MJ brought her along for her consultation with the fertility doctor who will be implanting her embryos.

Despite her newfound love of Tommy, Vida was concerned that MJ was rushing things, and said that since the embryos were frozen, MJ and Tommy could take their time becoming pregnant.  But with MJ’s father in failing health, both women want him to experience being a grandfather sooner rather than later, and with the help of the doctor, MJ allayed her mother’s concerns.

Mike is ready to start a new life too.  Following his divorce, and subsequent partying and womanizing, he’s decided that he’s ready to settle down again, and to that end he recently purchased a new home that reflects his readiness to become a husband and father.  He’s in the process of completely remodeling the house, and asked Reza to be the project manager.

Reza was happy to help at first, but is quickly becoming frustrated with the amount of time he’s spending attending to Mike’s every need and answering simple questions about things like where to buy a mailbox.  Reza feels that Mike should be able to handle, at least, some of these details on his own, but also wants to ensure that the home looks beautiful, especially since everyone knows he’s involved.

Later that night, Reza, Mike, and Shervin took new cast member, Nema Vand out for a guy’s night that included a little initiation into their crazy little crew.  We met Nema when he and his sister, Mona, who had just begun dating Mike, joined the others on their trip to Big Bear.  Mike and Mona’s romance died on the vine after they discovered that they had different values. But Nema was quite taken by GG, despite having a serious girlfriend at home. He felt guilty about his feelings, and told the guys he felt that he should confess to his girlfriend.

The guys laughed at him, and said there was nothing to confess. GG had been equally attracted to Nema, but nothing happened between them.  GG is still confused about the status of her relationship with Shalom (who isn’t?!) and after hearing about the girlfriend, she shrugged off his attempt at a goodnight kiss.

But Nema is convinced that his girlfriend will find out because she’s best friends with Mona, they live together, she runs three of his businesses, and he knows he definitely can’t trust “these psychopaths” to keep his secret.  He’s probably right about that.  He should tell his girlfriend right away!

In the meantime, GG, Destiney, and Mona were having a girls night across town.  When the men called them, GG agreed that Nema had nothing to worry about, and didn’t need to tell his girlfriend anything. Besides, GG didn’t want her thinking that she had been trying to steal her man.

Mona listened to the conversation, and laughed along lovingly at her brother’s antics. A little too lovingly.  GG and Destiney find their relationship oddly close.  During the trip, both women noticed that the  siblings are a little more flirtatious with each other than most. Destiney thinks it’s 97% cute and 3% yuck, and GG said it was reminiscent of the movie “Cruel Intentions.” They’re not the only ones who took notice, either.

At MJ’s Valentine’s Day Party, Reza’s husband, Adam, took one look at Nema and Mona, and exclaimed, “they’e brother and sister?! They look more like husband and wife.” This show may be taking a turn I’m not sure we’re ready for!

The party was full of other surprises, as well.  Mike brought a date named Morgan to the party, and Mona wasn’t the least bit bothered to see him with another women. And why would she be? She has Nema.  Morgan’s a girl Mike dated before, and according to Reza, she fits the usual mold: “fake boobs, big lips, and hair down to her tramp stamp.” Reza knows Mike wants to please his mother, and settle down with a nice girl.  But Mike doesn’t like the nice girls, and Reza thinks it’s time he just come clean, and tell his mother that he likes “h***.”

MJ had more announcements regarding her wedding party, as well, and GG still wasn’t included.  MJ chose her trainer and the rest of her glam squad to stand up with her on her big day, and this time, Adam was upset too.  He and GG whined about being left out, and Reza went to find MJ so they could all talk it out.

But MJ wasn’t interested in coddling them.  She walked out on the stage, and turned everyone’s attention to the back of the room to where Shalom’s ex wife was standing! She’d actually invited her to the party, and GG had no idea she was there. GG went OFF, and threw her glass to the ground, as Shervin grabbed her and ushered her outside before she could do any more damage.

Reza told MJ to find GG so they could squash this nonsense, and get back to being friends.  But MJ felt that if GG was going to act shady, she should expect the same in return.  All the same, she found her friend, outside crying and seething at her betrayal.

MJ told GG that she loved her, and has made a concerted effort to get close to her, but that she has bigger concerns, particularly her dying father, and has no time for GG’s games and petty behavior. And GG’s response? She burst out laughing and walked away.

The show faded to black from there, but this is NOT over.  MJ and GG will go head to head again next week, when MJ brings up GG’s marriage, and it looks like this time they may come to blows! Stay tuned!

TELL US – THOUGHTS ON THE LATEST SHAHS OF SUNSET EPISODE? HOW DO YOU FEEL ABOUT NEMA AND THIS SEASON SO FAR?