Is Actress Tori Spelling Angling for a Role on the Real Housewives of Beverly Hills? 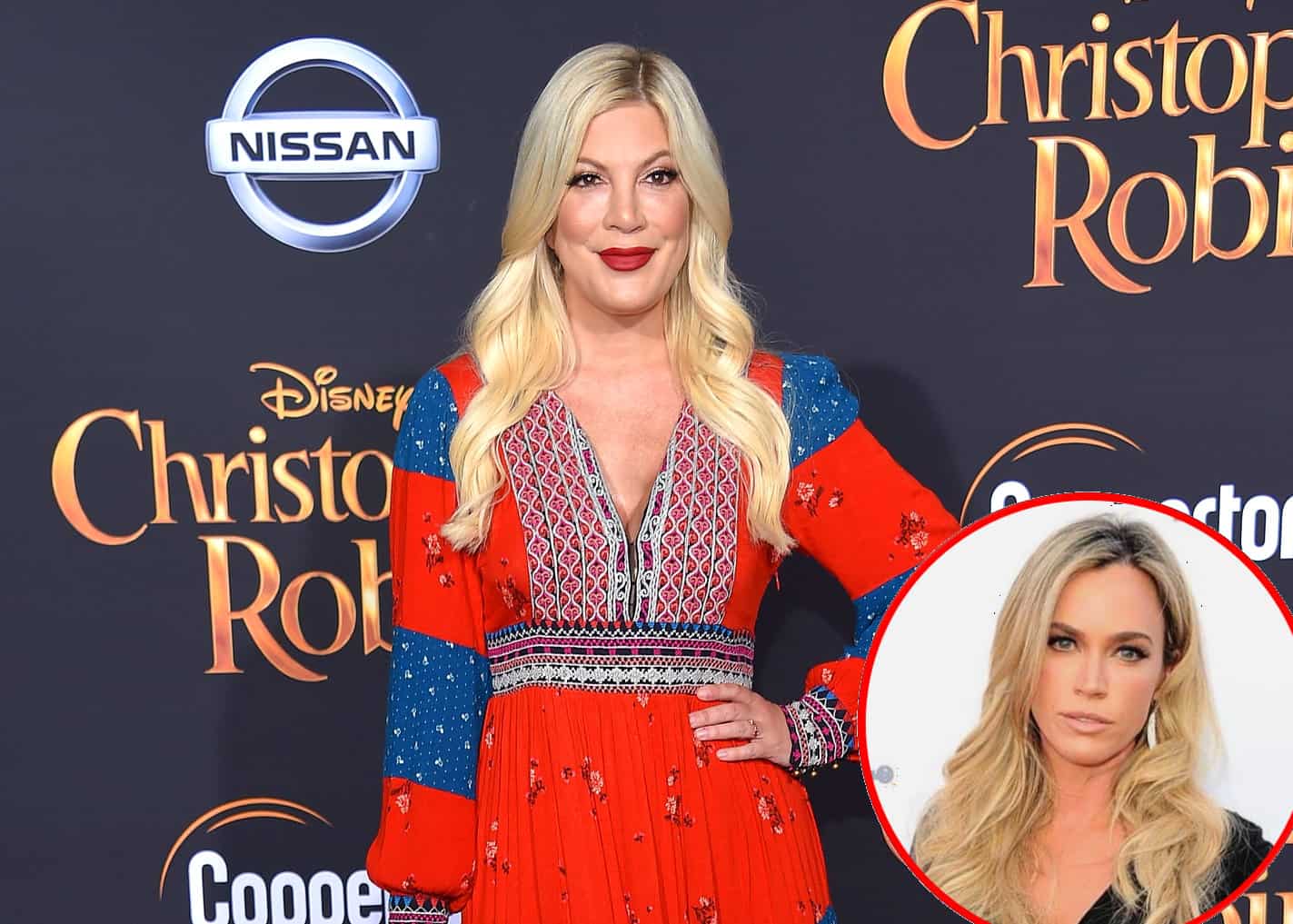 First came the news that Denise Richards was joining the cast of The Real Housewives of Beverly Hills, and now, sources are saying that yet another Gen X actress is angling for a role on the series.

Tori Spelling recently hired cast member Teddi Mellencamp as her “accountability coach.” The goal? Well, it appears to be two-fold: to lose the baby weight from her pregnancy with 18 month old son, Beau — and to gain a role on the reality show.

“Teddi thinks Tori is doing her a favor by letting the show feature her weight loss journey this season,” a source spilled to Life & Style magazine, “but what she doesn’t realize is that Tori desperately wants to be a Real Housewife.”

The source added that Tori, 45, is depending upon Teddi to help her, and she has a plan in place to get on the show.

“Tori’s plan is to land a guest “friend” role on the series, and then work her way up to becoming a full-time cast member,” the source added.

It seems this may be the perfect career move for Tori, who is no stranger to reality television.  Following her star making turn on the hit 90’s series, Beverly Hills, 90210, Tori appeared on no fewer than three reality series, including Tori & Dean: Inn Love, later renamed Tori & Dean: Home Sweet Hollywood, which chronicled Tori and her second husband, Dean McDermott’s faux journey into hotel ownership, and resulted in a $60 million dollar lawsuit filed against the couple by writers, who claimed to have come up with the idea for the series.

Tori is also said to be close friends with several members of the Real Housewives of Beverly Hills cast, including Denise and Lisa Rinna.  In fact, Tori’s late father, mega TV producer Aaron Spelling, played a huge part in launching Lisa’s career after hiring her for a role on his hit series Melrose Place, which was a spinoff of 90210, so it appears Tori may have come full circle.

Of course, nothing is official yet, but, as always we’ll keep you updated as new details become available! Any thoughts on Tori joining the RHOBH cast? Sound off in our comments!

TELL US – WOULD YOU LIKE TO SEE TORI JOIN THE BEVERLY HILLS HOUSEWIVES?