Home Featured Posts The Real Housewives of New York Recap: What Would Tyler Perry Do?

The Real Housewives of New York Recap: What Would Tyler Perry Do? 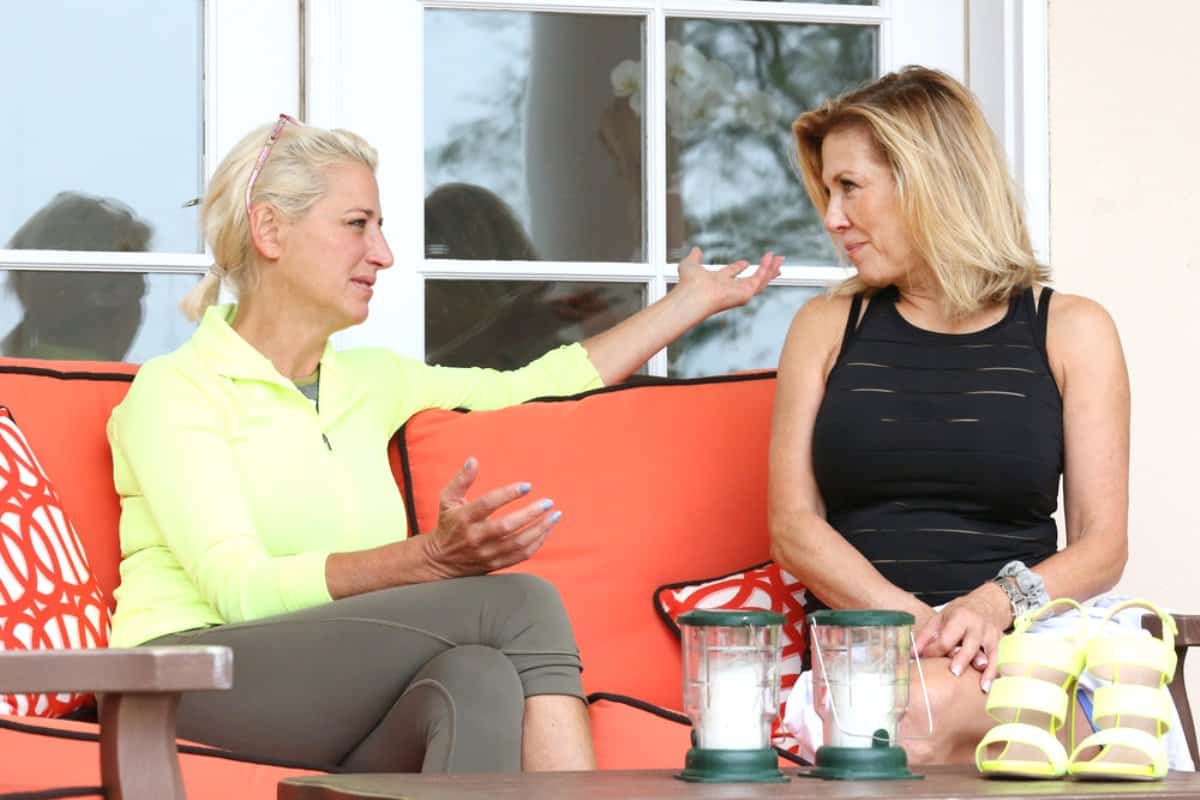 The ladies of The Real Housewives of New York were at it again last night in all their mean girl glory, and I’ll tell ya, they managed to make the sophomoric antics of the average seventh-grade girl look logical and mature.  Here’s how it all went down:

It was the blonde bombshells vs. the brunette bad girls once again–very Betty and Veronica—as Sonja and Tinsley arrived at Ramona’s Hampton’s house to join her and Dorinda.  A few miles up the beach, Luann and Barbara were enjoying the accommodations at chez Bethenny.  But do you think they could all just relax, and enjoy each other’s company? Of course not!  Ramona announced that she was planning a dinner, and had invited Bethenny and Luann, but hadn’t heard back from either of them–not that she was surprised.  She said that she’s tried with Bethenny, but that “no one” could really ever get close to her.  As for Luann, she’s still too dense to realize that she doesn’t want anything to do with her these days, either.

As she and the other blondes sat down for lunch, Sonja got a phone call from Luann, who wanted to confirm that she’s be breaking camp that evening and joining their crew for dinner.  Luann was celebrating her sobriety with all of the friends who’s seen her through one of the roughest years of her life, and Sonja was definitely a member of that club.  And you would have been proud of Sonja.  She’s in a tough position, and no one likes to be stuck in the middle, so she calmly excused herself to take the phone call in another room.  It was clearly a private conversation, but once Ramona, who wasn’t even pretending not to eavesdrop, realized she was fraternizing with the enemy, she boldly followed her into the other room, and listened openly, those big googly eyes taking in the entire scene.

Sonja was, of course, carrying on the conversation with her phone on speaker, and when newbie, Barbara invited Sonja to her upcoming clambake, Ramona made her presence known, and said, “who’s having a clambake?”  Barbara and the other brunettes just rolled their eyes, and Sonja, at a total loss as to how to handle the awkwardness, announced that they were all invited.  In fact, she said Ramona was looking forward to seeing them all, and had been hoping to have dinner with them that night.  While Bethenny and Barbara just silently shook their heads in horror, Luann boldly said “negative.”  I could be wrong, but I’m pretty sure she no longer cares if Ramona’s feelings get hurt.

The rival dinners were held at restaurants that were literally right across the street from one another, so Sonja got a ride with her fellow blondes, and bid them adieu to join the dark side.  As the ladies discussed Luann’s trials and tribulations on the road to sobriety, including a drunken incident during which she tried to borrow $6 million dollars from Bethenny and her late boyfriend, Dennis to purchase an 8,000 square foot home, talk turned to her issues with Dorinda.  She’s not forgiving or forgetting Dorinda’s harsh words from last season, and Barbara was beginning to worry that the tension between them would ruin her clambake, so she asked Sonja to please just bring Tinsley, and leave Dorinda and Ramona at home.  Finding herself stuck in the middle again, Sonja wondered if there might be another solution to the problem–a way that everyone could attend, and maybe even make amends, after all, that is one of the steps, isn’t it?

Barbara agreed, and suggested that Sonja have Dorinda call Luann, and smooth things over a bit.  That way, at least some of the tension between the former besties would be gone by the time they saw each other and ruined her get together.  Sonja thought this was a great idea, and the plan was set.  But when she mentioned it to Dorina the following morning, you’d have thought she’d asked her to crawl across broken glass! Dorinda said there was no way she was calling Luann, and wondered if she was being disinvited to the clambake.  Sonja told her, of course, she wasn’t, but reminded her that Luann was in a vulnerable place, and that Barbara was simply looking out for her.  Dorinda was unmoved.

She immediately placed a call to Barbara, and asked if she was being disinvited to the clambake.  Barbara said that she wasn’t, and echoed Sonja’s earlier sentiments about Luann being in a fragile place.  She said the call was really no big deal, and that all Dorinda would need to do is just send a text, saying something along the lines of, ‘Hey, how’ve you been? Looking forward to seeing you.’ you know, something adult like that, but rather than take the high road, Dorinda was full of justifications.  She said that everything she’d said to Luann last season had been true, and that, if anything, Luann should be calling her to apologize because she’d been bad mouthing her ever since, and that it would be “disingenuous”  for her to reach out to Luann–it went on and on.  In the end, Dorinda said she was “graciously” declining the invitation, and would see Barbara back in the city.  Clearly, Dorinda doesn’t know the meaning of the word graciously.

This conversation was also carried out on speaker phone, and Bethenny sat eagerly listening to the exchange.  When Barbara called Luann to tell her about the disturbing conversation she’d just had with Dorinda, Luann wasn’t the least bit surprised.  Bethenny quipped that not only was Dorinda not going to apologize, but it didn’t sound like she’d ‘p*** on Luann if she were on fire.’ Now you’d think that the trauma and grief surrounding the loss of Dennis would give Bethenny some perspective, but clearly, even in mourning, she can’t resist stirring the pot.

But Dorinda did end up reaching out to Luann, after all–in the form of a text.  She included a quote about forgiveness, and how refusing to forgive only holds back the person hanging on the grudge.  Profound advice.  And where do you suppose she got such a gem? Jesus?  The Dalai Lama? Martin Luther King? No! She used the words of none other than Tyler Perry.  And really, who wouldn’t?  I know when I’m feeling down and out and looking for the strength to carry on, it’s always Tyler Perry’s wisdom that I seek.

Luann was unimpressed, and wondered if Dorinda may need to go to rehab, herself.  Barbara simply nodded, but said during her interview that she didn’t believe that Dorinda needed rehab, and that if she did, Luann certainly wasn’t the one to suggest it.  Now that’s wisdom.

On the day of the clambake, Dorinda did not attend, but Ramona, having a severe case of FOMO, and being nosy as hell, couldn’t help herself.  She tagged along with Sonja and Tinsley, complaining the whole way, and even insisting they set a timer for a half hour, at which point they would come up with an excuse to leave, because this was some “stupid s***.” Well, what do you know? For once, Ramona and I agree.