UPDATE: Lisa Vanderpump Opens Up About Plastic Surgery, Plus Is Paris Hilton Interested in Joining the RHOBH? 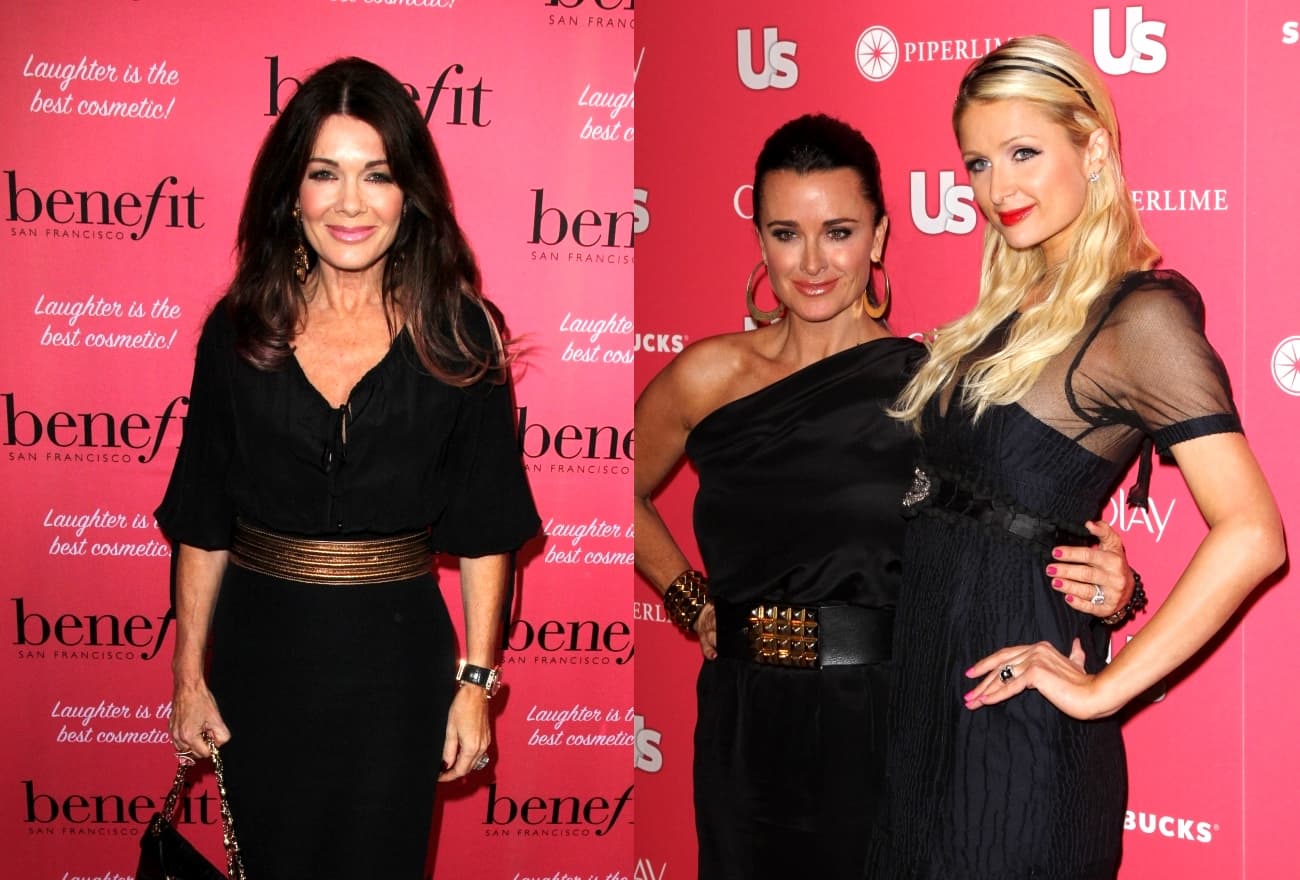 UPDATE – A rep for Paris Hilton is denying she has any interest in joining the Real Housewives of Beverly Hills cast. The original story is below.

Lisa Vanderpump is opening up about her plastic surgery and revealing what procedures she’s had done in a new interview, as a new report is also stating that Kyle Richards’ niece, Paris Hilton, is interested in joining the Real Housewives of Beverly Hills!

During a recent interview with BuzzFeed News, Lisa, 58, opened up about which cosmetic procedures she’s had.

The restaurateur, who shares the same plastic surgeon as Kim Kardashian and Vanderpump Rules star Lala Kent, revealed she likes to keep it simple, only opting for the occasional lasering, fillers and Botox.

“I’m on television, and I’m 58 years old. My skin would not look as good as it does were it not for Dr. Simon Ourian,” Lisa shared.

While Lisa’s castmate Lisa Rinna once accused her of having a facelift, Lisa insisted she has yet to go under the knife.

“I’ve always been a bit reticent really to go under the knife,” the Bravo star said. “But the way things have changed, I don’t think it’s necessary. Well, none of it is necessary, clearly.”

Lisa also mentioned her very busy schedule as proof that she hasn’t had any invasive procedures.

“I’m on camera — I’ve got three shows on the air, I’m in the restaurant every night,” she explained. “You could document me every day pretty much for the past eight years. I don’t have time for that downtime.”

That said, Lisa added that she has no issues with others opting for plastic surgery to feel better about themselves. “Don’t tell me about it. Do it!” stated Lisa. “If something about your face makes you unhappy, just do it.”

In other RHOBH news, a report from Radar Online is claiming that Paris, who happens to be the niece of Kyle and Kim Richards, is “desperate” to join the Real Housewives of Beverly Hills cast… but only if the money is right!

“Paris’ aunt Kyle Richards is encouraging Paris, 38, to join her as a ‘Housewives’ cast member,” reveals a source.

Apparently, Paris, who has appeared on numerous reality shows in the past including ‘The Simple Life,’ feels she will fair well on the series since her aunt Kyle is already a cast member.

“These shows get so nasty it’s good to have a relative at your side,” the source added. “Paris wants a million bucks — and thinks she’s worth every penny!”

TELL US – WOULD PARIS HILTON MAKE A GOOD FIT FOR THE RHOBH?