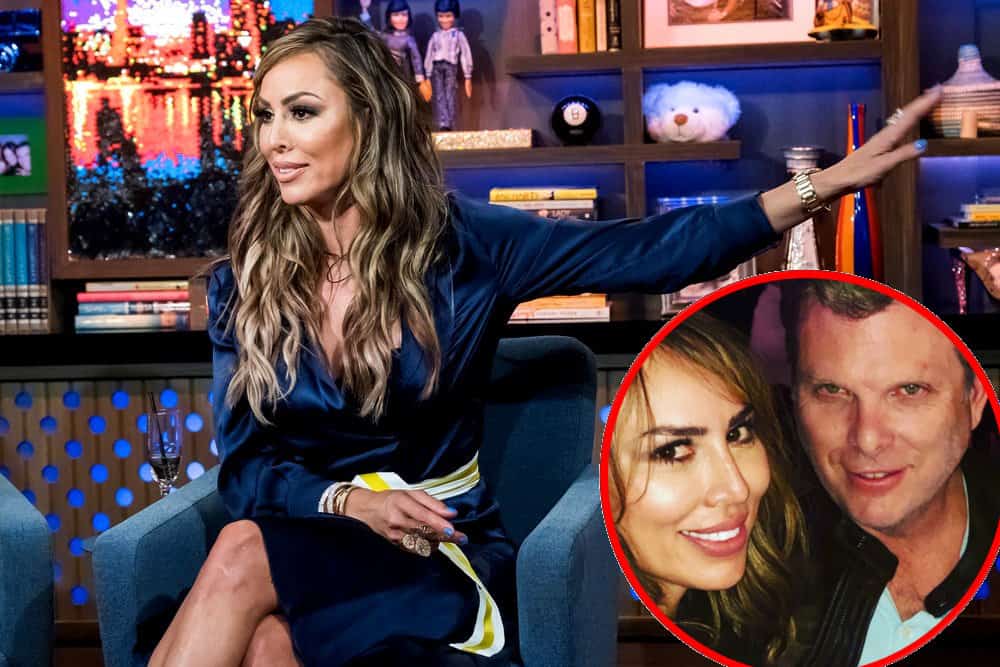 Has Kelly Dodd already called it quits with her new boyfriend Dr. Brian Reagan after just a few months of dating?

Kelly, 43, took to Instagram Live on March 30, to post a video where the Real Housewives of Orange County star kissed her beau’s cheek and appeared very happy.

But less than a day later, the video was gone. Then came a report by OK! Magazine which suggested she had deleted the video.

The report also noted that Kelly had gone back and deleted all of the photos she had of her and the plastic surgeon, with the exception of one, suggesting that the romance could be over between them.

The only photo of them that she didn’t delete from her Instagram account is the one below, which also features Kelly’s family members.

So, is there trouble in paradise? Well, according to Kelly, all is well.

Kelly took to her Instagram page on April 2 to set the record straight. She shared a new pic with her beau and in the caption, she wrote: “No the rumors are not true. @drbreagan_plastic_surgeon is still the love of my life.”

In the comments section of her post, Kelly also declared her love for Brian, 54, writing: “I love the dude, what can I say… he does it for me.”

Just last week, Kelly noted that she had dated Michael Avenatti in light of his arrest, sharing that the romance only lasted for four months.

I can’t believe I dated @MichaelAvenatti .. I dodged a bullet on that one . pic.twitter.com/sGhhIH8NzU