Home Real Housewives of Dallas News RHOD Star Kary Brittingham Gets Into Feud With Claudia Jordan After the RHOA Alum Slams the Lack of Diversity on Dallas, Kary Reveals Claudia Auditioned for RHOD

RHOD Star Kary Brittingham Gets Into Feud With Claudia Jordan After the RHOA Alum Slams the Lack of Diversity on Dallas, Kary Reveals Claudia Auditioned for RHOD 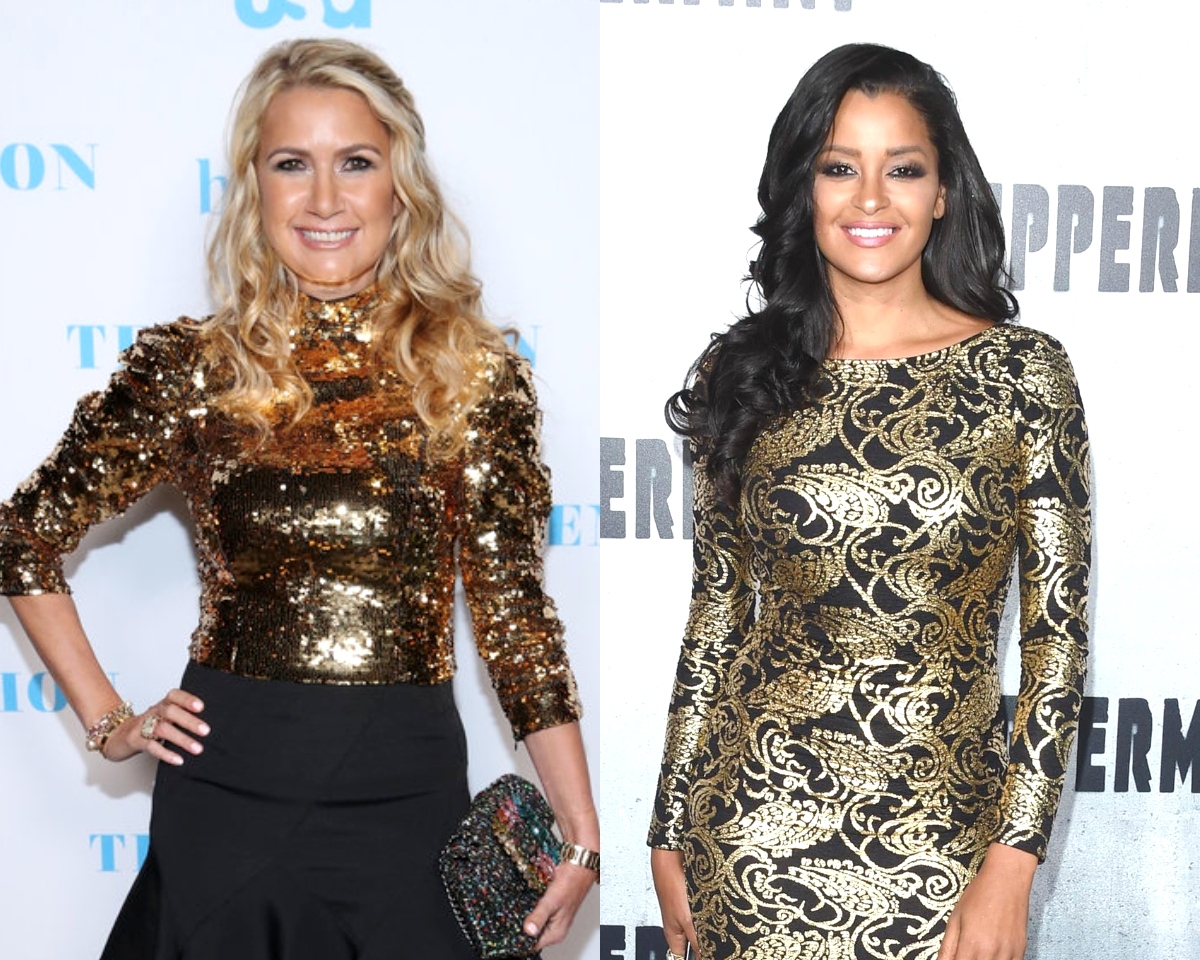 The drama all began when former RHOA regular Claudia took to the IRealHousewives Instagram page to comment on the lack of diversity on the RHOD franchise under a photo of the Dallas cast.

“And STILL no women of color…. Dallas come on now. There are soooo many beautiful, fun, cool wealthy women of considered for this show and still nothing,” Claudia wrote. “It didn’t have to me-but PLEASE consider representing better. The rating would surely be affected IN a positive way. Look how Atlanta continues to have the highest ratings…. bring the needed spice.” 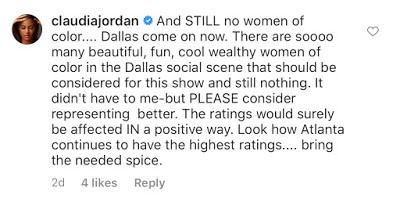 After the website shared the comment in a post, RHOD star Kary fired back in the comments. She called out RHOA for not having any Latina ladies in the mix and even revealed that Claudia tried out for the Dallas franchise.

“@Claudiajordan you did try out and I was actually hoping you would come on the show, but I could make the same argument about many other shows including Atlanta that they don’t have latinas!!!!!” Kary wrote. “Are you implying that only black people count as diversity????? Or only black people have spice?????”

The two continued their debate in the comments, with Claudia clapping back about shows reflecting the demographic of their city and how she’s fine with her new talk show opportunity anyway.

“@karybritt Wow I’m surprised you said that. Ok so let’s discuss it. You’re right I DID have one Skype interview for the [RHOD] right before i signed my contract for my new show in LA…so please don’t make this into a sour grapes thing,” Claudia responded. “I know what y’all get paid and I’m quite ok with my talk show salary- no shade- but i want to make this clear THIS AINT ABOUT ME- ok I knew they were also talking to @Nicolebarrettofficial who is engaged to someone who’s so Texas it’d make for a great story line. I think you missed my entire point.”

Claudia continued, adding how Dallas’ demographic could give way to a more diverse reflection in the cast.

She continued, “I think the shows should reflect the demographic of the CITY they are portraying. Atlanta is a very predominantly black city hence the black cast but yet they still made sure to make an effort to have a white woman on the show for years- which worked. Also Dallas is a big city and they have a large Latin population so they saw fit to add you- a Latina to the show. Which is a great move… So are u saying they have u so no need for more ethnicities since they have you? Or are you saying all the other shows need to add a Latina woman before we can add a black woman to Dallas??”

Kary, who’s not afraid to be outspoken on the show, continued with her comments.

“@claudiajordan also im not pushing back you know I was behind you on this showing support on my insta but I don’t think is ok to say DALLAS is not getting the needed spice just because they didn’t add a black women,” she wrote.

Although Claudia was cut from RHOD, the former housewife insisted her “new gig” in LA is a definite upgrade from her time at Bravo, clapping back at a fan who suggested she just wanted back on the franchise:

“I have no gig but I’m shooting a talk show every day in LA? Mannnn if you’re going to hate on somebody AT LEAST have the basic facts right. I got a much higher paying job that requires a 5th of the same hours in a lather market. What more about an upgrade don’t you understand? Damn y’all get mad for me standing up for women of color?? This has nothing to do with me but I see folks are triggered.” 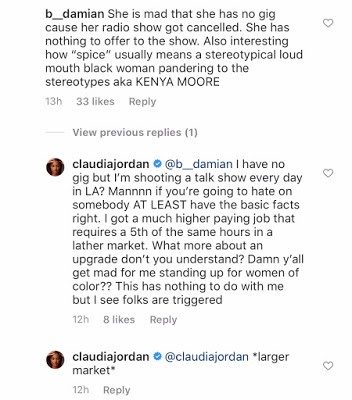