Danielle Staub Accuses Andy Cohen and Bravo of Sabotaging Her Book Success and Career Opportunities, Plus the Ex RHONJ Star Claims Andy Used Her to Become Friends With Kelly Ripa 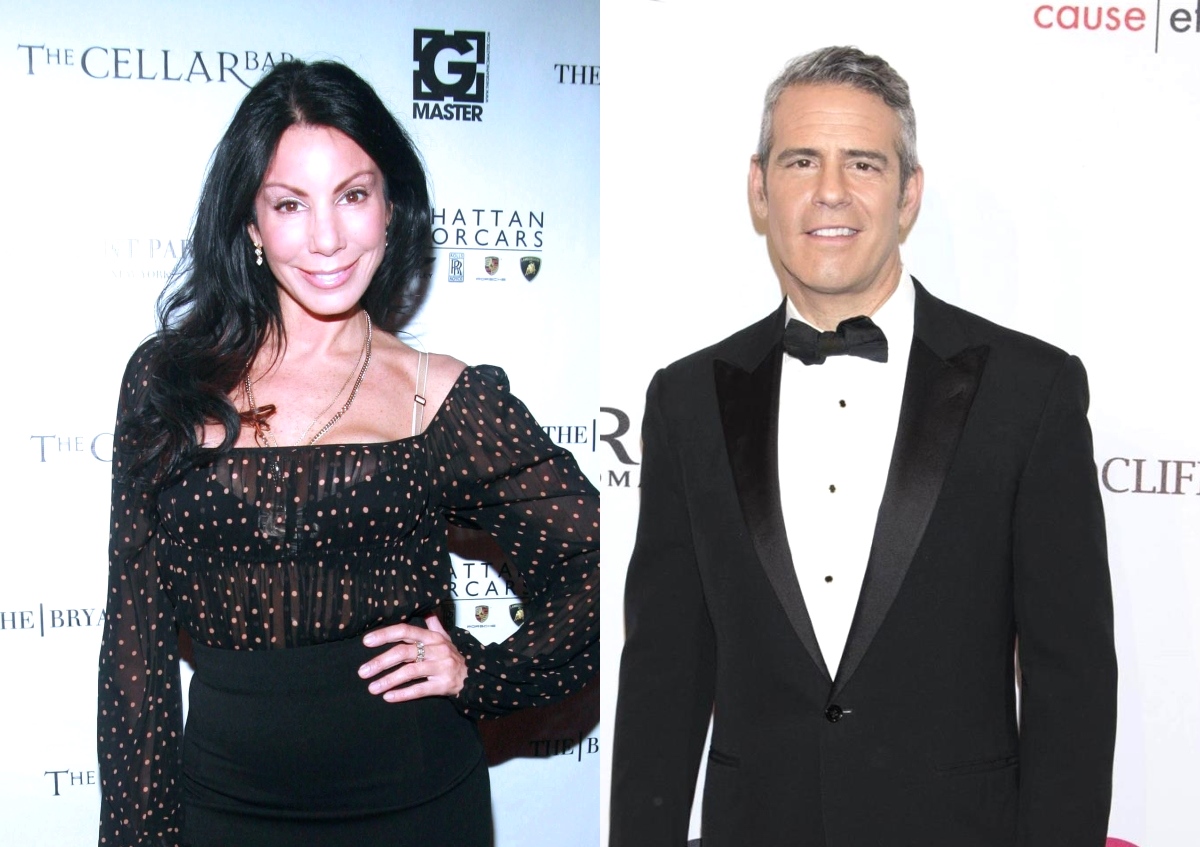 Danielle Staub is getting real about her feelings about Andy Cohen.

The former Real Housewives of New Jersey star opened up on her own podcast recently. She detailed a not-so-great experience with the Superficial author and claimed he left her in the dark about how she would be portrayed on the show and negatively affected her subsequent career opportunities.

“I’ve been livid with him for a very long time and I’ve always been the last to know he wasn’t truly … he was playing favorites,” Danielle shared on her Absolutely Danielle podcast on August 26. “I wanted so badly to believe I fit in some place and to know that the person you respect the most in this business, rising from being an assistant on CBS Morning News to being a pop culture icon and the leader of the pack — well, you know, I was right behind him — [But] to make that possible, I thought, wow, this is somebody that’s understanding my value, seeing my value.”

Danielle, however, claims that Andy “never came through” for her ultimately, and she said he kept her “in the dark” about many things that happened on and off the show.

One thing in particular that bothered Danielle was her insinuation that Andy used her for a friendship with Kelly Ripa and her husband Mark Consuelos, claiming the Bravo exec “saw some photos” of Kelly and Mark at her house and subsequently formed a relationship with the couple.

“Andy really surprised me when I suddenly found out he had become best friends with [Kelly]. I had no idea. I was quite shocked that I was not even … I was like, ‘Okay, thank you for that introduction,'” she scoffed. “Andy can reach out to anybody now, but back then it seemed that I knew a lot of people he was interested in meeting and he didn’t make that a secret. He was really impressed with that, because I’ve been in the business a very long time. The Housewives wasn’t my first run at anything, it’s just the one that made me a household name.”

The former reality star also went on to explain how she felt slighted by Andy and the network’s treatment of her memoir release, The Naked Truth, noting their alleged intention to make it compete with co-star Teresa Giudice‘s cookbook, Fabulicious!, which was also released at the time.

“[Bravo was] the reason she wrote a cookbook so they could film it. Nobody was offering her a book deal — trust me,” Danielle stated. “At the time, this New York Times bestseller stuff … I don’t know who’s ever seen her cook a meal that she wasn’t being paid to cook. Andy, Bravo, all of ’em, whoever made the deal to launch her book the day after mine … taking my book down because Bravo’s pushing her book so hard mine disappeared! I had no idea [she was getting a book deal]. How can I know she would get a book deal when she can’t form a sentence? There’s just no way that I would ever think she’d be a published author.”

The 58-year-old continued to air her grievances against the Watch What Happens Live host by condemning his sharing the news of her being “fired” from the franchise when she claims she actually left on her own terms. She revealed how this move of his caused her agent to drop her and for “eight contracts [to get] canceled.”

Most damaging of all to Danielle was her lost opportunity to be on Celebrity Apprentice, which she claims was sabotaged by Andy.

“I was contracted and packing and ready to leave to film — and be the first housewife on — Celebrity Apprentice. I was already chosen and contracted for it. No other housewife was asked, no one even knew they were considering housewives on that show,” she stated. “Andy told them, ‘Danielle won’t be able to film [the show] because she’s gonna be filming season three [of RHONJ].’ We had already filmed the reunion, I had already quit, and I was already well on my way to getting other shows lined and contracted and I was already signed on for Celebrity Apprentice and that was brought to me. So they checked with Andy of course and Andy said, ‘Oh no, I suggest you use Nene Leakes, Danielle’s gonna be filming season three — it’s a conflict of interest.'”

Danielle claimed she emailed, called, and left Andy messages, only for him to “ghost” her “for quite some time.” She also alleged that the network most likely chose to make the “power move” against her spot on Celebrity Apprentice since her being on the show would have made her “look different” than RHONJ was trying to portray her.

“I believe that’s the main reason he didn’t want me to go on there, because I would have had a really bangin’ career and financially been on top of my game without Bravo. It would have made Bravo lose their grip on me because I could have changed my own image without their help,” she remarked.

She added, “Shame on Andy, shame on all the execs over there for doing that to me because I was really buttering all their bread while my family and I were struggling.”