Home Real Estate PHOTOS: Check Out the Top 10 Most Expensive Homes of the Real Housewives and Find Out Who Has the Priciest Mansion!

PHOTOS: Check Out the Top 10 Most Expensive Homes of the Real Housewives and Find Out Who Has the Priciest Mansion! 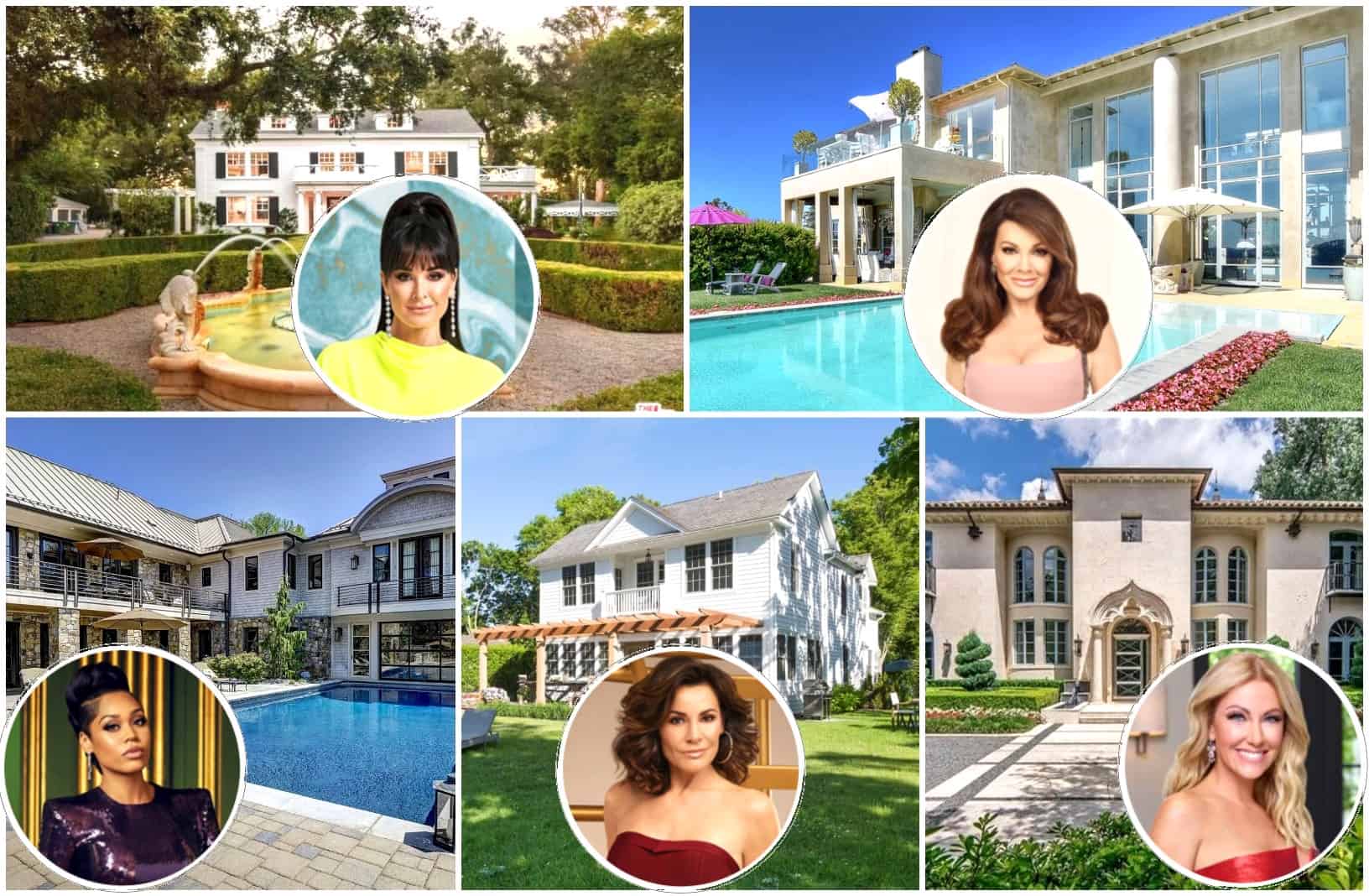 It’s no secret that the ladies of the Real Housewives franchise have expensive taste, but can you guess which Bravo Real Housewife has the priciest home? 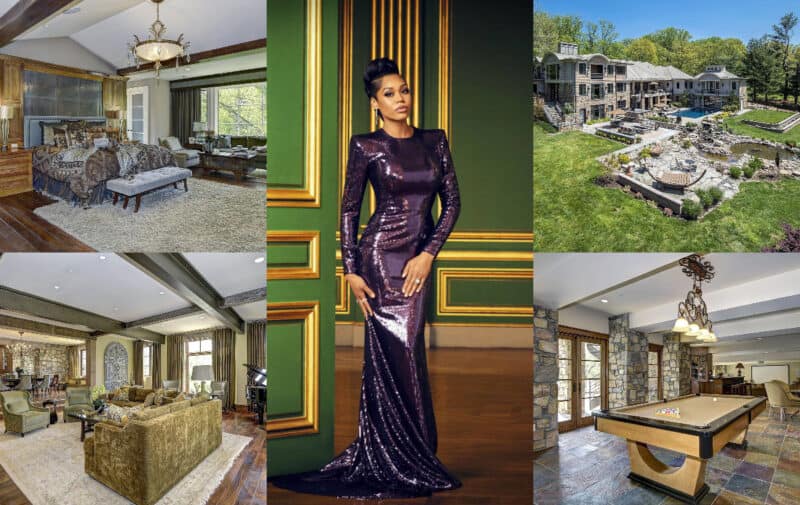 After moving into her six-bedroom, 11-bathroom home in fall 2016, Monique told Bravo that she had made a number of adjustments to the “timeless, wooden house,” which boasts nearly 12,000 square feet.

“We introduced a lot of crystal and a lot of metallic. We darkened the floors. And we actually refinished them, so they have a nice semi-gloss coat on top. And we took some of the barn wood out. So it still has a rustic feel, but it’s like a modernized rustic,” she explained. “I like sparkles, so it’s definitely gonna shine.”

In addition to her resort-like backyard, Monique has a number of unique features in her home, including a billiards room and a shark tank in her kitchen. 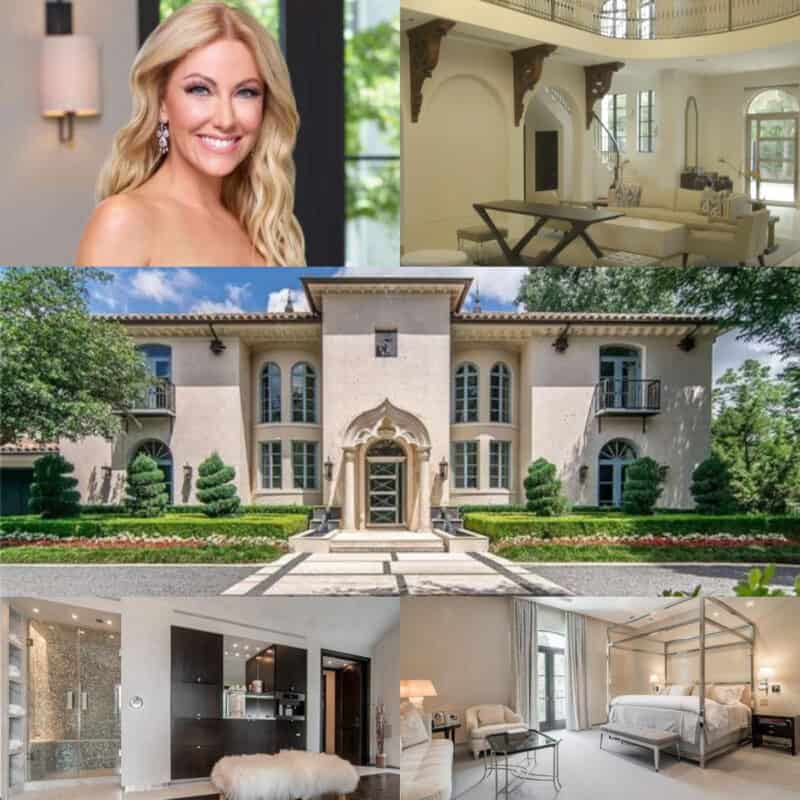 The Real Housewives of Dallas star Stephanie Hollman scooped up her four-bedroom, five-and-a-half bathroom home at an auction in 2016 and proceeded to embark on a $2 million renovation on the 8,631-square-foot property, which was already outfitted with its own elevator.

In addition to covering an indoor pool in their living room, Stephanie created a larger master bedroom, updated her master bathroom, and added a nine-car garage for husband Travis Hollman‘s fleet.

“The pool is actually still under this carpet if somebody wants it one day, or if Travis and I decide we want to go for a swim on a daily basis,” Stephanie explained during a tour of her property. “We could make that happen.” 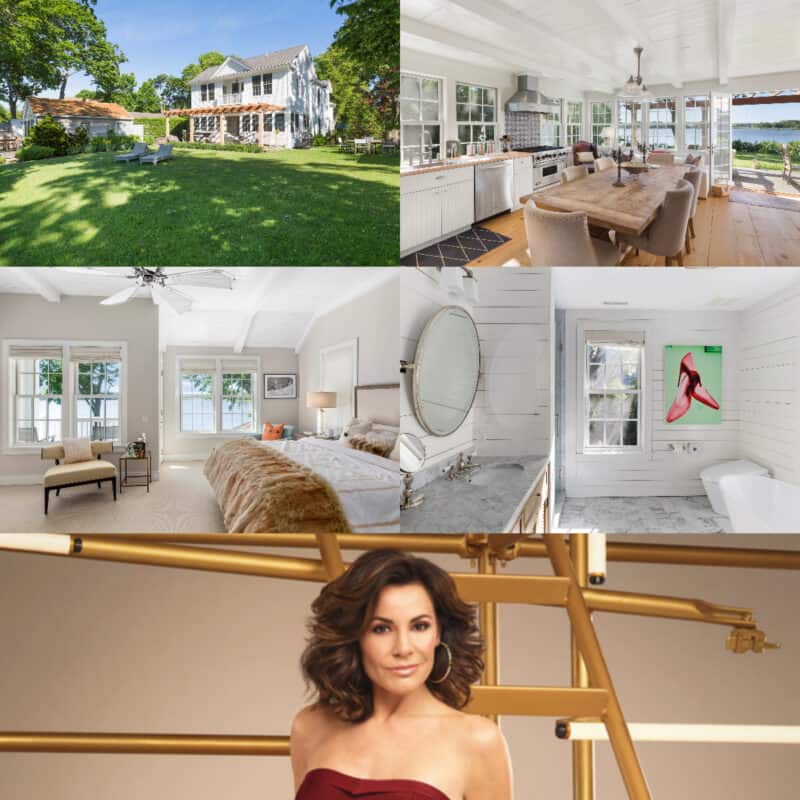 Luann de Lesseps purchased her four-bedroom, four-bathroom Sag Harbor home in 2013 for $2.437 million and listed it for $6.25 million in June 2018 after giving it a major update.

Although the RHONY cast member was also offering the home for rent for $150,000 per month at the time, she ultimately took the 2,500-square-foot property, which features marble bathrooms, a gourmet kitchen, and three fireplaces, off the market. 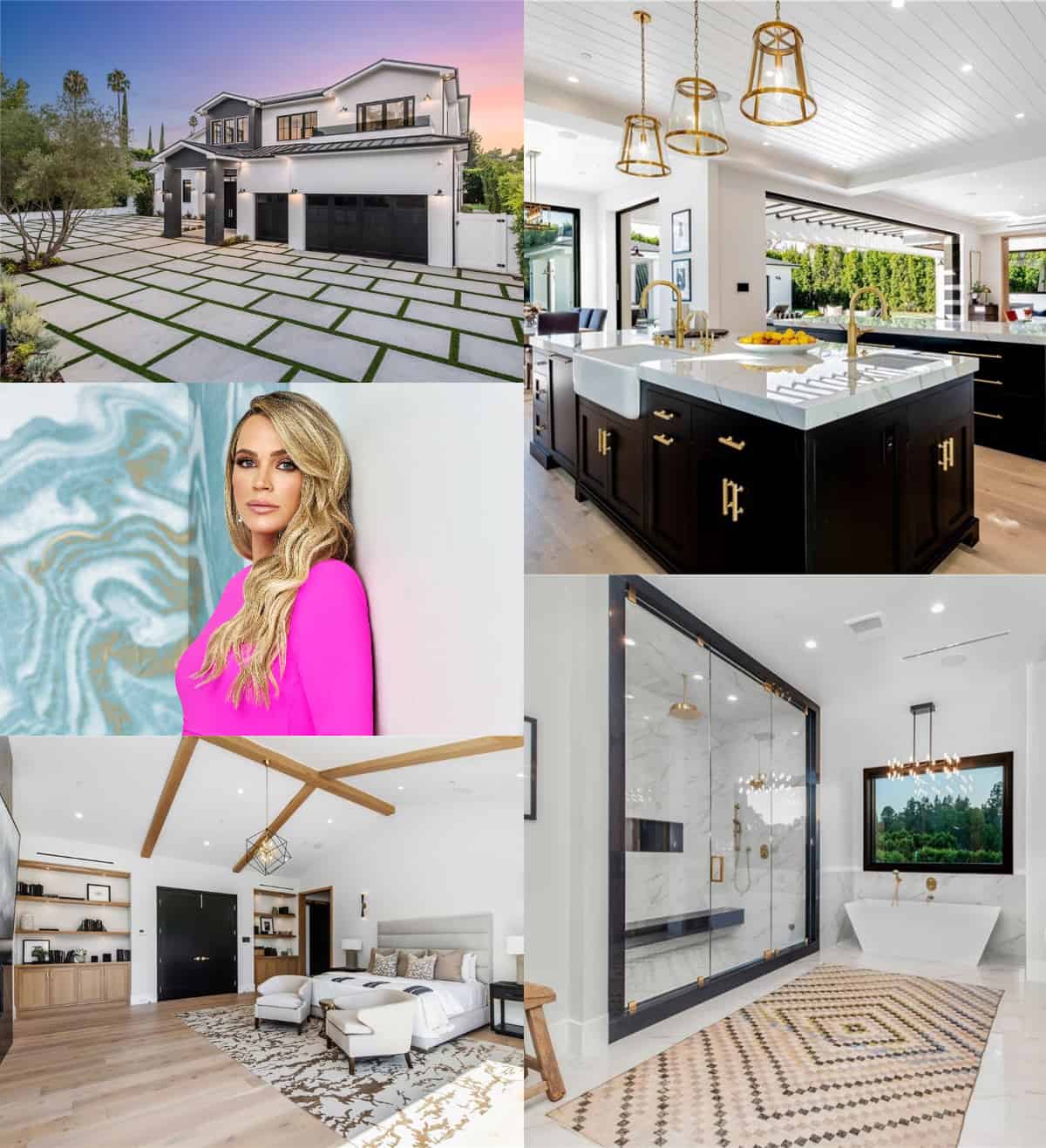 Teddi Mellencamp, of The Real Housewives of Beverly Hills, recently purchased a seven-bedroom, seven-and-a-half-bathroom farmhouse-style home in Encino after deciding her Hollywood Hills home, which is currently on the market for $5.9 million, wasn’t baby-ready.

Inside of the 8,550-square-foot property, wood and marble floors make for the perfect canvas for the home’s gold hardware and modern features. Meanwhile, outside of the house is a stunning oasis with a swimming pool, a sitting space, a basketball court, and a golf area. 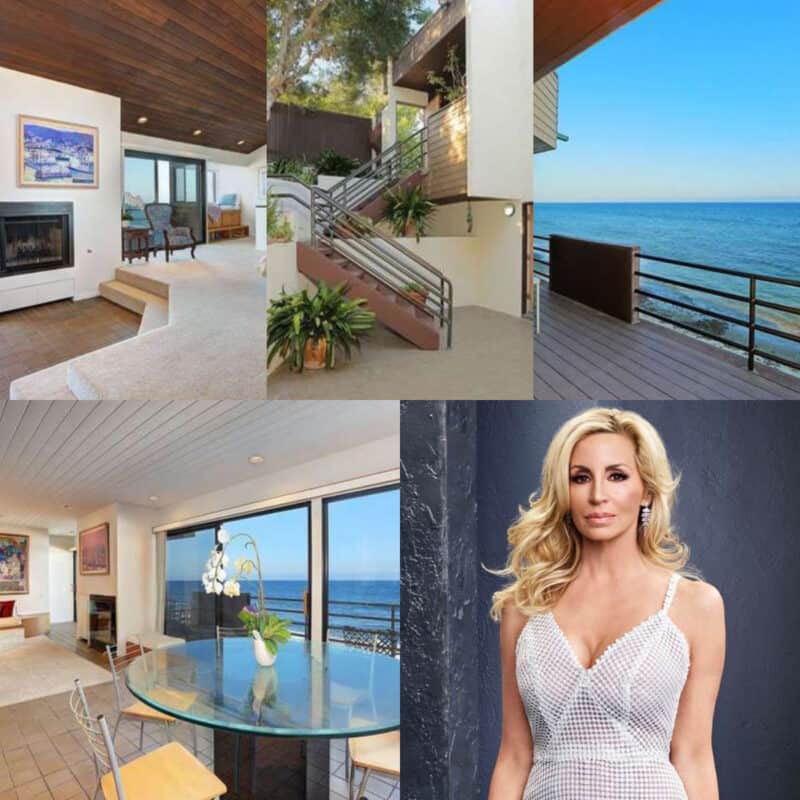 After selling the massive Malibu home she once shared with her ex-husband Kelsey Grammer for $13 million, RHOBH‘s Camille Grammer nabbed a place of her own in the area. However, while her former home with Kelsey was located in the mountains with stellar views of the Pacific Ocean, the Real Housewives of Beverly Hills cast member’s newest Malibu home is located right on the beach, boasts over 2,000-square-feet of living space, and includes three bedrooms, three bathrooms, and a detached guest suite. 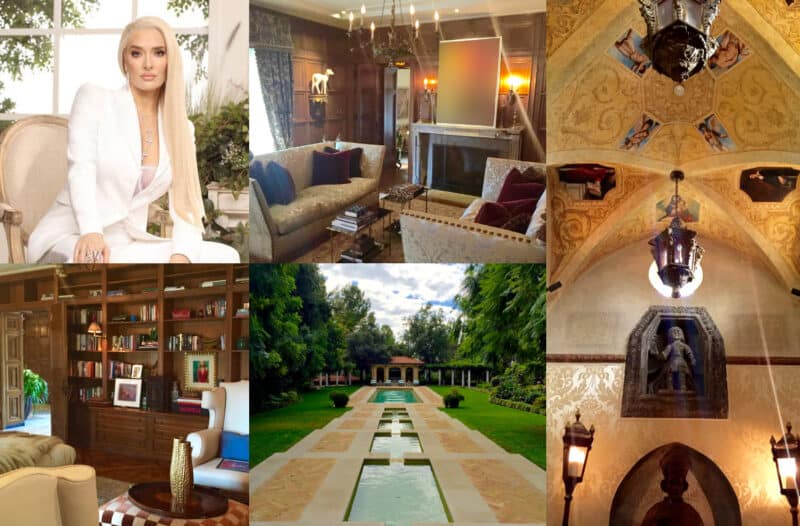 Inside Erika Jayne‘s 1920’s mansion, which has four bedrooms, six bathrooms, and over 10,000 square feet, are a number of unique features, including a chapel and a stunning pool. It also has a color-coded closet and sits on five lushly landscaped acres of land.

During an interview with Pasadena magazine, the RHOBH cast member said that while she and her husband, attorney Thomas Girardi, have updated the home since moving in, they didn’t do anything that would take away from its charm.

“I was inspired by Pasadena and what it was at that time, and I really wanted to keep the feel of the ’20s. I wasn’t going to put some modern twist on it,” she shared. 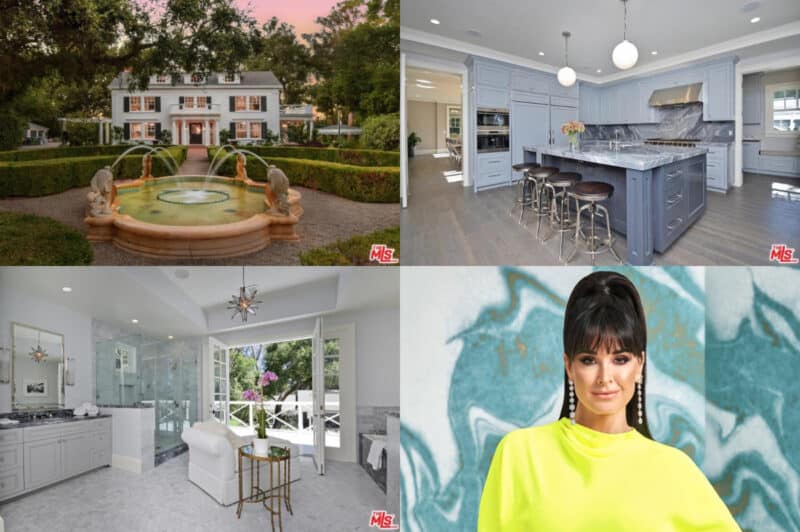 With her husband Mauricio Umansky ranking amongst the best realtors in the country, it’s no surprise that RHOBH‘s Kyle Richards has a stunning and significant home.

Not only does the seven-bedroom, eight-bathroom mansion have over 10,000-square-feet of living space, it also boasts a very famous past owner in singer Smokey Robinson, who lived in the home from 1988 to 2002. 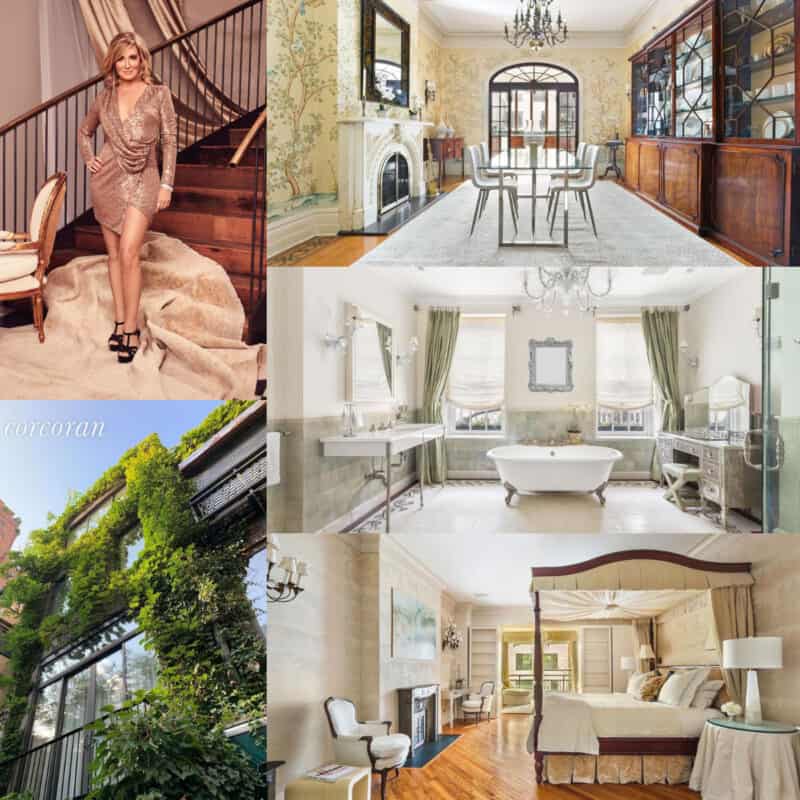 Sonja Morgan‘s Upper East Side townhouse has five bedrooms and five bathrooms and is currently listed for sale at $10.75 million and for rent at $32,000 per month.

The RHONY star shared the five-bedroom, five-bathroom home with her ex-husband John Adams Morgan and has been attempting to unload it on and off for the past several years.

Not only does Sonja’s home feature a stunningly landscaped terrace, it is also covered in part by ivy and features a number of luxurious features, including a soaking tub, a fireplace, a spiral staircase, and an elevator. 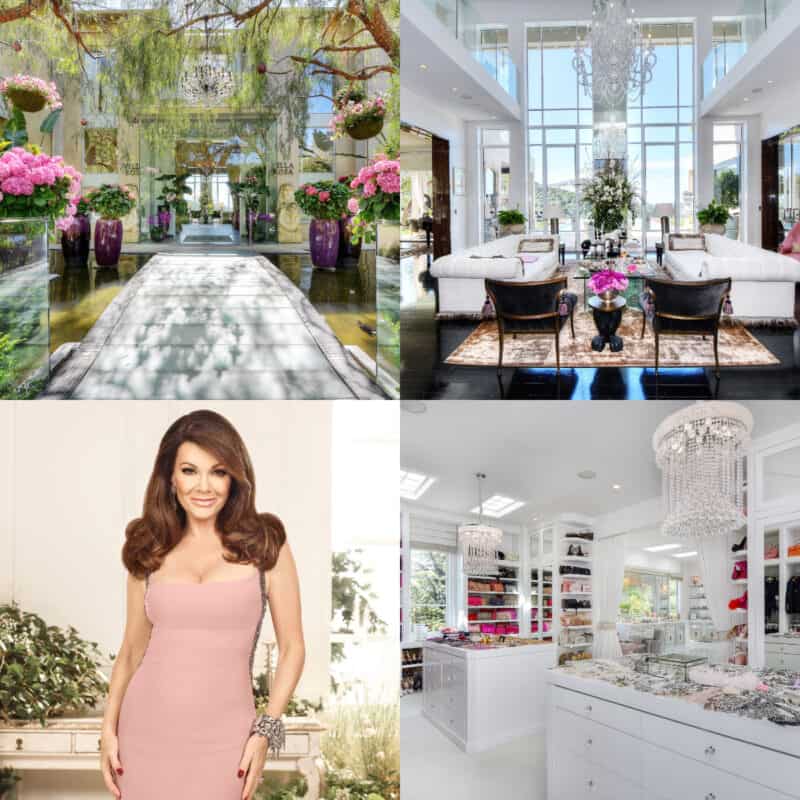 Former RHOBH star Lisa Vanderpump purchased her five-bedroom, eight-bathroom home, which has been lovingly deemed “Villa Rosa,” in 2011 for just over $10 million but currently, the 8,801-square-foot mansion is worth over $12 million.

As expected, Lisa has a massive closet filled with her pricey shoes and purses and plenty of land for her many animals, including her mini horses and swans. 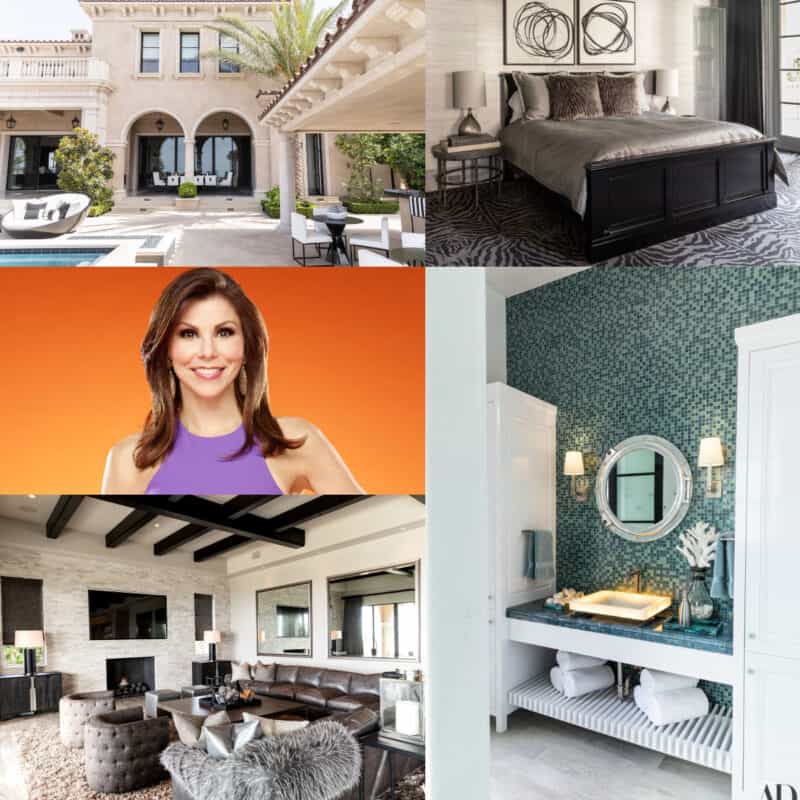 And the winner is… Heather Dubrow, formerly of The Real Housewives of Orange County.

Ranking in at the top spot, Heather’s Crystal Cove mansion is not only the most expensive house, it’s also the largest with a whopping 22,000-square-feet of living space and a resort-style oasis in the backyard.

“I can hype this house as much as I want. It’s going to live up to that hype. It’s going to exceed that hype,” Heather’s husband, Terry Dubrow, told Architectural Digest of the home, which has been named “Dubrow Chateau.”

Among the more elaborate features of the home are a pinball hall, a 21-seat movie theater, and a champagne wall. So, it’s no surprise that Terry has no intention of leaving.

“We’re never selling this house; you’re going to bury me in the backyard,” Terry said. 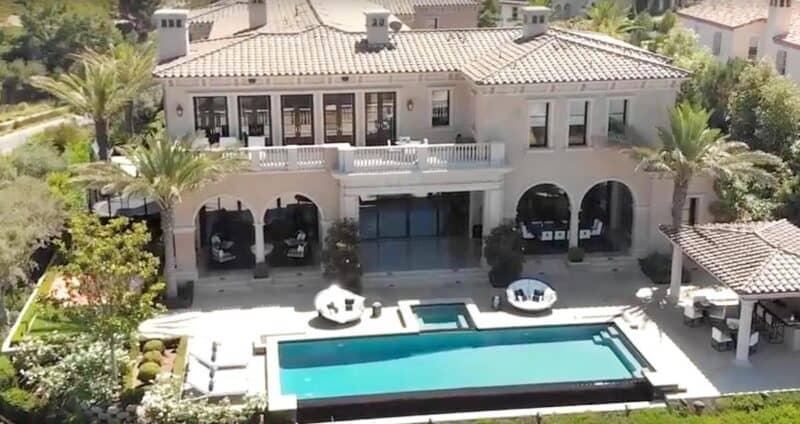