RHOSLC Recap: Lisa and Whitney Bury the Hatchet After Catering Drama and Jen Apologizes to Brooks 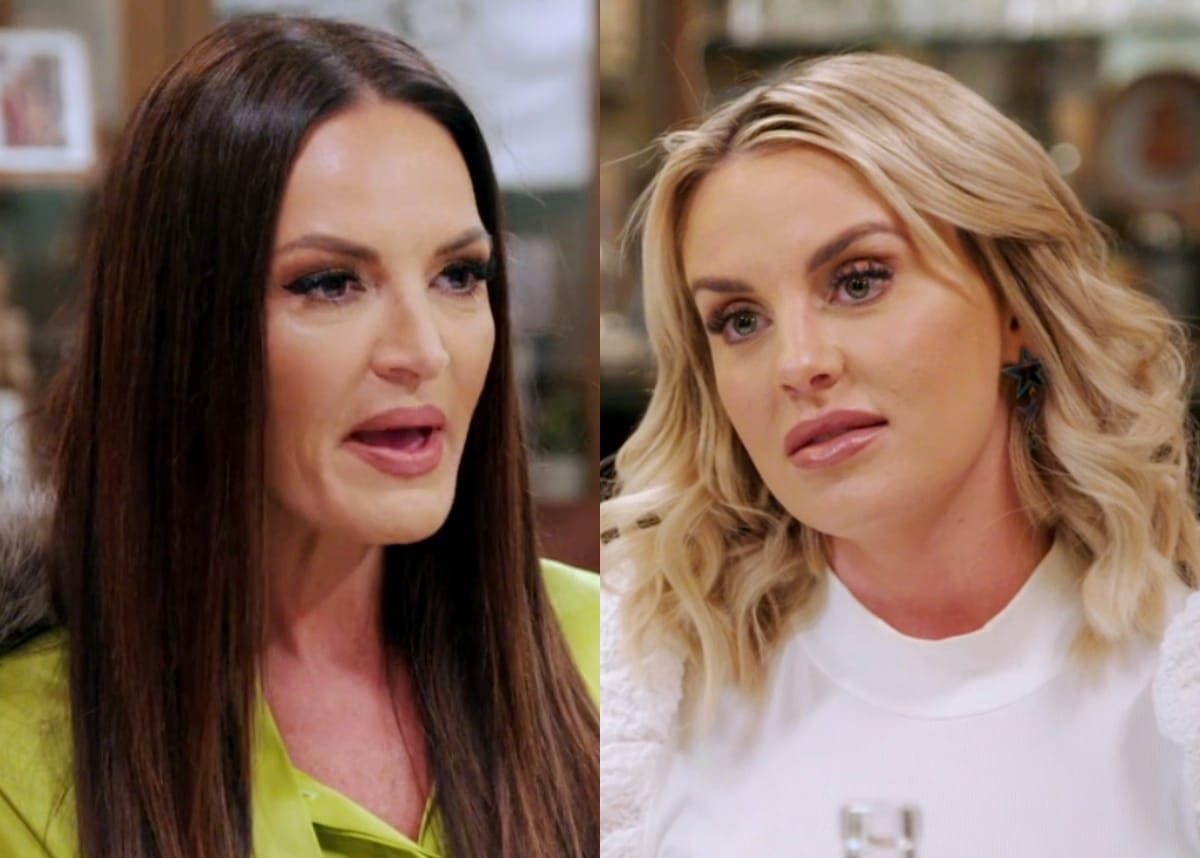 On this episode of The Real Housewives Of Salt Lake City, the apology tour continues for Jen while Lisa and Whitney try to figure out what is causing the constant toxicity in their relationship.

Lisa sits down to talk to her husband, John, about how “drained” she is after last night. Lisa claims she was ambushed, blindsided, and wasted a good Gucci outfit at the event. She goes on and on about how Whitney should not have tried to interject herself into a 24-year friendship. Lisa constantly thinks that Whitney is always coming for her, even though, according to Lisa, she has been a good friend to Whitney. John suggests a normal, sit-down conversation for the women to get to the bottom of their issues, but Lisa can’t quite get over all of the toxic, negative energy Whitney seemingly brings with her.

Whitney attempts to get her kids in line as she preps for Mary’s arrival. Mary brought some homemade cookies and one helluva story that leaves Whitney’s kids’ eyes popping out of their heads. In a nutshell: Wear. Your. Seatbelt.

After that greeting, Whitney fills Mary in on the most recent Lisa issues. Whitney claims she has tried very hard to befriend Lisa, but Lisa is mad that Whitney is friends and cousins with Angie. This sounds so ridiculous, and Mary reminds Whitney that the more she talks about it, the more she is letting Lisa into her life. She also lets Whitney know that it seems like Whitney really wants to be Lisa’s friend. Yup.

Heather’s daughter got accepted to the University of California, Santa Barbara. Heather can’t wait for her daughter to go whoop it up and is excited for her to experience life outside of Salt Lake City. That’s it. That’s her segment.

It is time for THE meetup — the one between Jen and Brooks. Jen claims she has been waiting to meet with Brooks to apologize for all her hateful tweeting. At least Meredith is dressed appropriately for the snowy afternoon meeting in her low-cut red pantsuit. Brooks gives his mother permission to walk away so he can speak privately with Jen, like shooing away a chaperone at a playdate.

Jen begins by telling Brooks she does not run her own Twitter and then apologizes right away. Because Brooks is related to Meredith and the Marks don’t know how to accept an ‘I’m sorry,’ Brooks tells Jen she cannot “articulate the pain” he went through. He did not appreciate the fact that his voice got taken away from him by Jen. Jen claims she can see how that could hurt Brooks and even goes as far as apologizing to him for seeing her “GG.”

Is Meredith live-tweeting the make-up in the background? Brooks and Jen hug it out, and it appears as though they have come to some sort of understanding.  Meredith rejoins the duo and they laugh off the past and move on.

Meanwhile, at guys’ night… Seth meets up with John and John. (Wait — Seth’s ‘Brooks Marks’ jacket… I cannot.) Coach Sharrieff joins the crew and suggests they don’t even speak their wives’ names throughout the evening so as to ensure a good time. All of the men are still married, and they believe that Whitney’s husband has it the best because there is a stripper pole in his house. Interesting that Seth brings up sex lives, huh? John explains that life in their house has been dry because of Whitney’s busy life, and they all give an understanding nod. Coach takes a minute to discuss how he wishes all the ladies could get along as well as the men do, but alas, the drama still thrives amongst their better halves. Touché to the editors for that montage of the women, though!

Forgot about Jennie, the new housewife, for a moment. She comes to lunch with Whitney and hears all about Whitney’s new business ventures. Whitney asks Jennie if hustling so hard was ever too much, and the ladies talk about their roles within the family. Whitney chats about how for years she has been the traditional wife and discusses how she would have liked to have more children. Jennie shares how they are actually opposites. Jennie doesn’t want to go through a pregnancy again nor does she want to have all that baby weight again. As the women bond, Whitney must make things awkward again by bringing up Lisa. Jennie talks about this “good Lisa,” but Whitney likens *that* Lisa to Big Foot since she has YET to see that version of her. Jennie suggests the women just start over.

After a few ski runs, Heather and Meredith plop down for some Irish coffees and charcuterie. Heather fills Meredith in on the college search for her daughter and Meredith gives Heather some motherly advice. Meredith explains that her children were very open with her sexually and wonders if Heather ever had a real conversation with her kids about sex. Heather states that in the “context” of her culture, all she ever knew was “don’t do it.” Heather tells Meredith that she wants her daughter to have sex before she gets married, but Meredith reminds Heather that she needs her daughter to talk to her… and supply her with some condoms.

Nothing spells new beginnings like g-i-n… at least that’s what Lisa says. Lisa has invited Whitney for a girls’ night — hey, there’s a first time for everything. So essentially, Lisa and Whitney have decided to hang cuz the husbands had so much fun together. Lisa brings up the fact that her husband mentioned he wished Lisa and Whitney would be friends so they can all hang out, but Lisa wasn’t aware that she was NOT friends with Whitney. Embarrassing.

Whitney claims that it appears as though the women simply tolerate each other. Lisa wants to get to a place where they understand each other, and Whitney straight-up asks Lisa if she has a problem with her, especially after Lisa spewed out the night before, “Why are you seeking out a friendship with this?” <pointing to Whitney>

Lisa laughs it off and states that Whitney just misunderstood what she was trying to say. How many times can Lisa use the excuse “I didn’t mean it that way” to excuse her nasty backhanded comments? In the midst of this fake make-up, pie and cheese gets delivered to the table… along with gin. That is a pairing I’ve never heard of!

Whitney reminds Lisa, “You’ve never allowed me to get you.” Whitney tells Lisa that maybe she DOES want to be her friend since she is very clearly consumed with their issues. Whitney is over arguing with Lisa about the past. Time. To. Move. On. Lisa keeps stating that everything she said was never her intention, and the ladies decide to put their differences aside….… for the husbands.