90 Day Fiancé Update: Are Tiffany and Ronald Still Together? 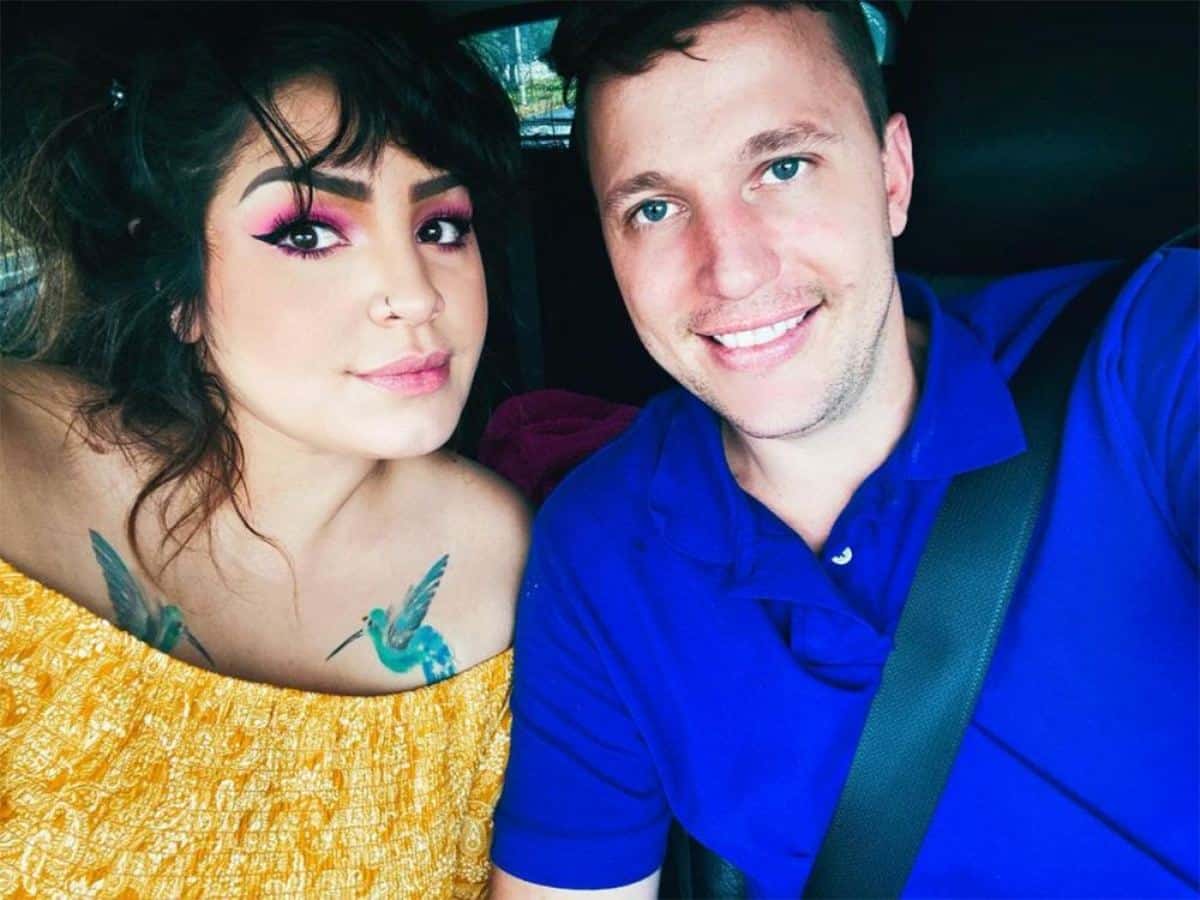 90 Day Fiance’s Tiffany Franco and Ronald Smith have faced their fair share of roadblocks on their journey to happily ever after, but are the couple still together, or have they decided to call it quits?

Reality Blurb takes a look at the couple’s social media postings to see if we can finally get to the bottom of the mystery.

From the start of their relationship, things haven’t been easy for Tiffany and Ronald.

After meeting in South Africa while Tiffany was on vacation with a friend, the pair didn’t waste any time getting engaged.

However, it took a bit longer for Ronald to finally tell Tiffany that he had a gambling addiction and a criminal record.

After finally coming clean, Tiffany decided to stand by her man as he entered a rehab program.

Ronald successfully graduated from the program, but the couple was faced with the problem of Ronald’s K1 visa potentially being denied due to his criminal record.

This left Tiffany with a big decision to make – would she uproot herself and her son from a previous relationship, Daniel, and move to South Africa to be with Ronald?

Tiffany struggled with this decision before, during a short-term stay in South Africa, she discovered that she was pregnant with Ronald’s baby. She decided to move back to the US to give birth to the baby, a daughter whom they named Carly.

Being on opposite sides of the world hasn’t been easy for the young family, and based on recent social media posts, it appears that at least one of the pair has moved on with a new partner.

In a TikTok video, Ronald’s alleged new girlfriend wrote “I want to introduce everyone to someone special.” 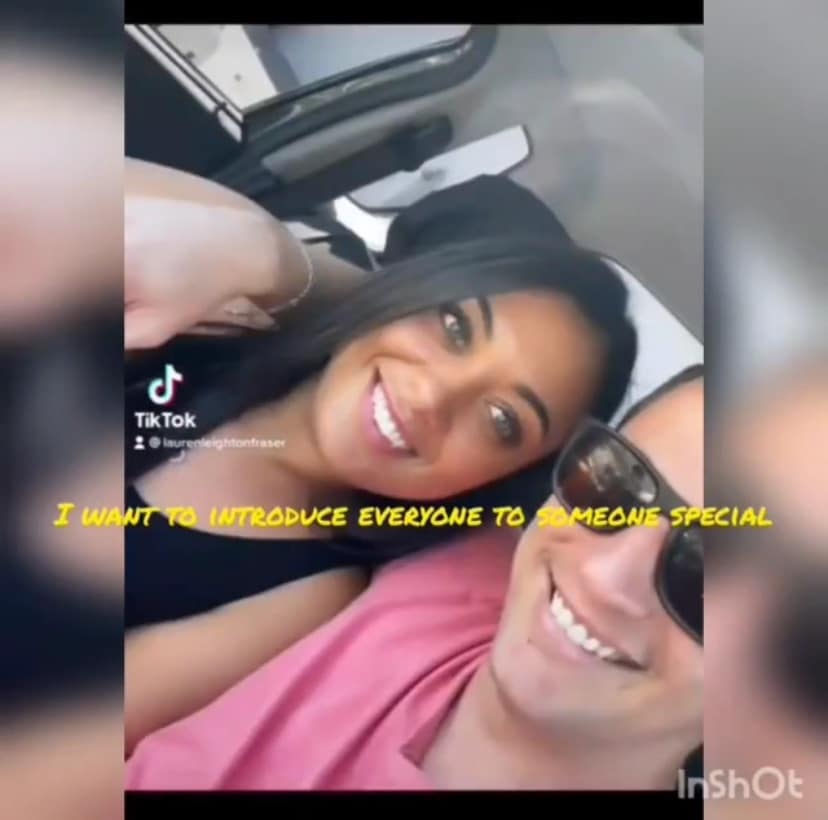 The video included several images of Ronald and the woman smiling and kissing. 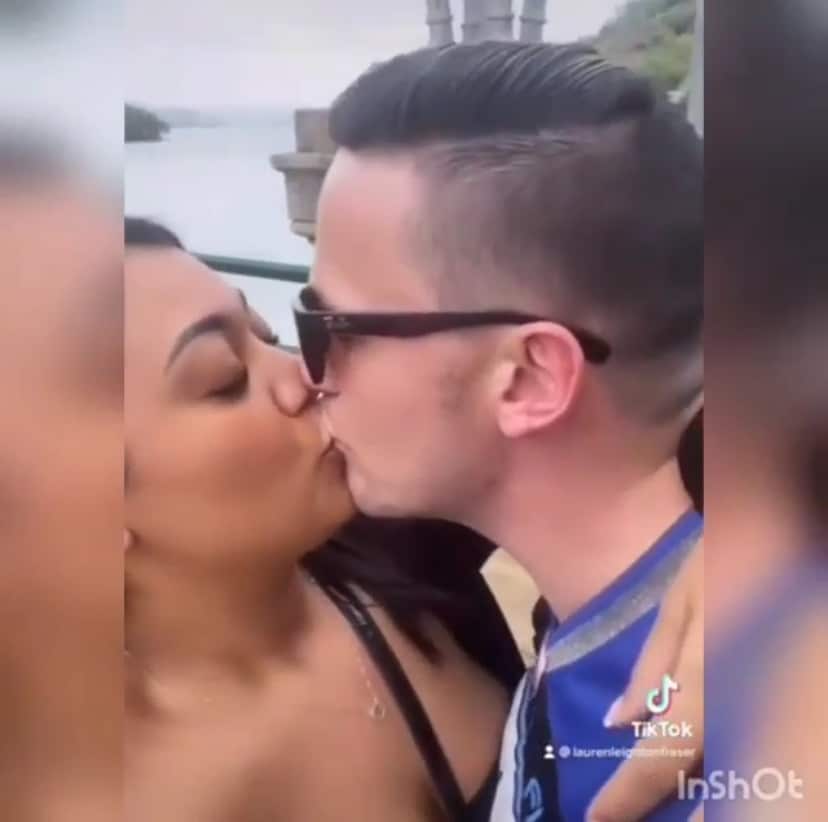 Tiffany replied by sharing a photo of herself rolling her eyes, with her wedding rings featured prominently, with a text overlay saying, “Yessssssss. He’s a silly boy. My silly boy.” 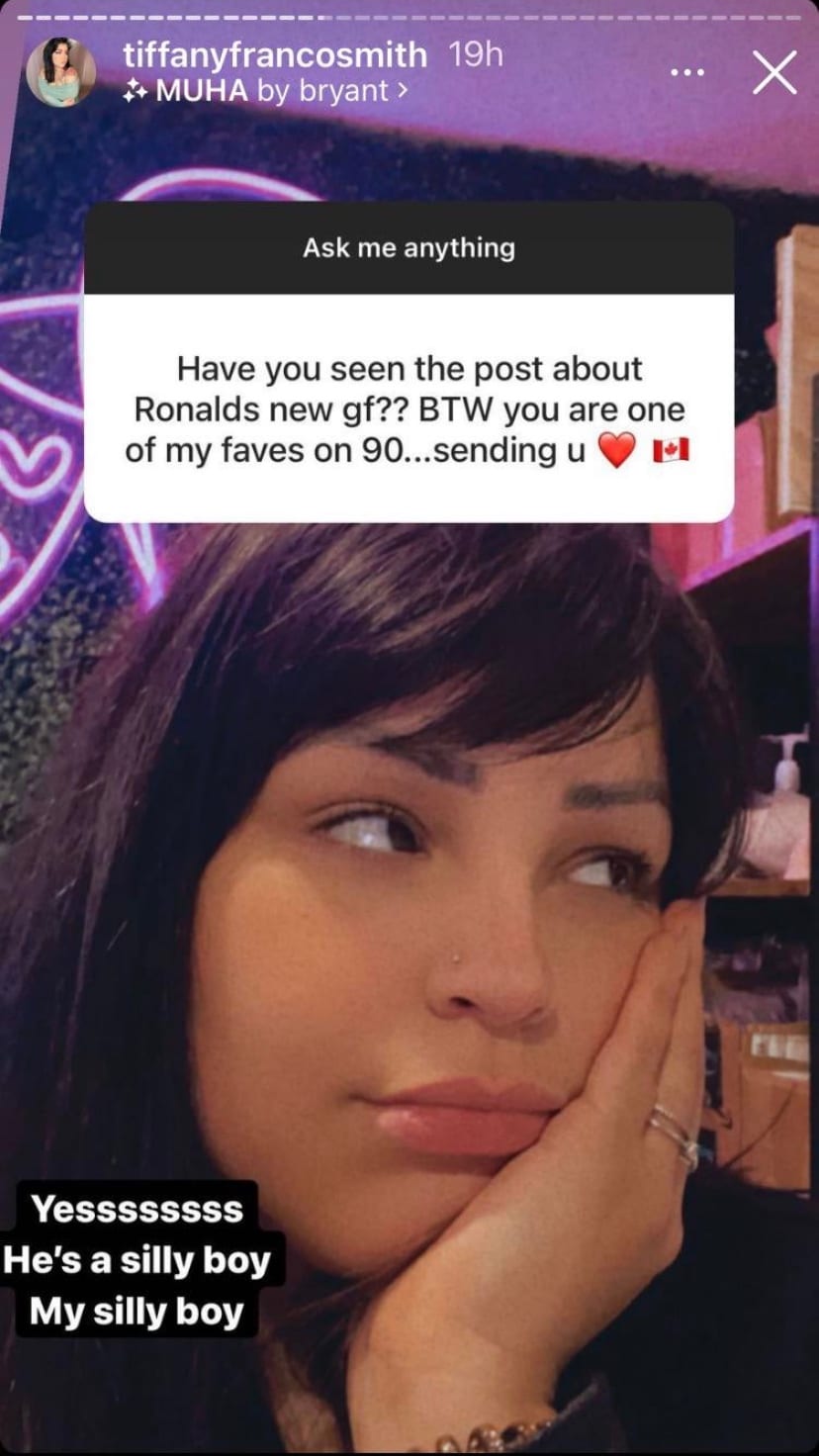 Another fan asked Tiffany “Why did Ronald post his new girl if he’s still married to you” to which Tiffany replied, “He said out of spite. Because I said I moved on. He took it as me saying I found someone else so he did that.” 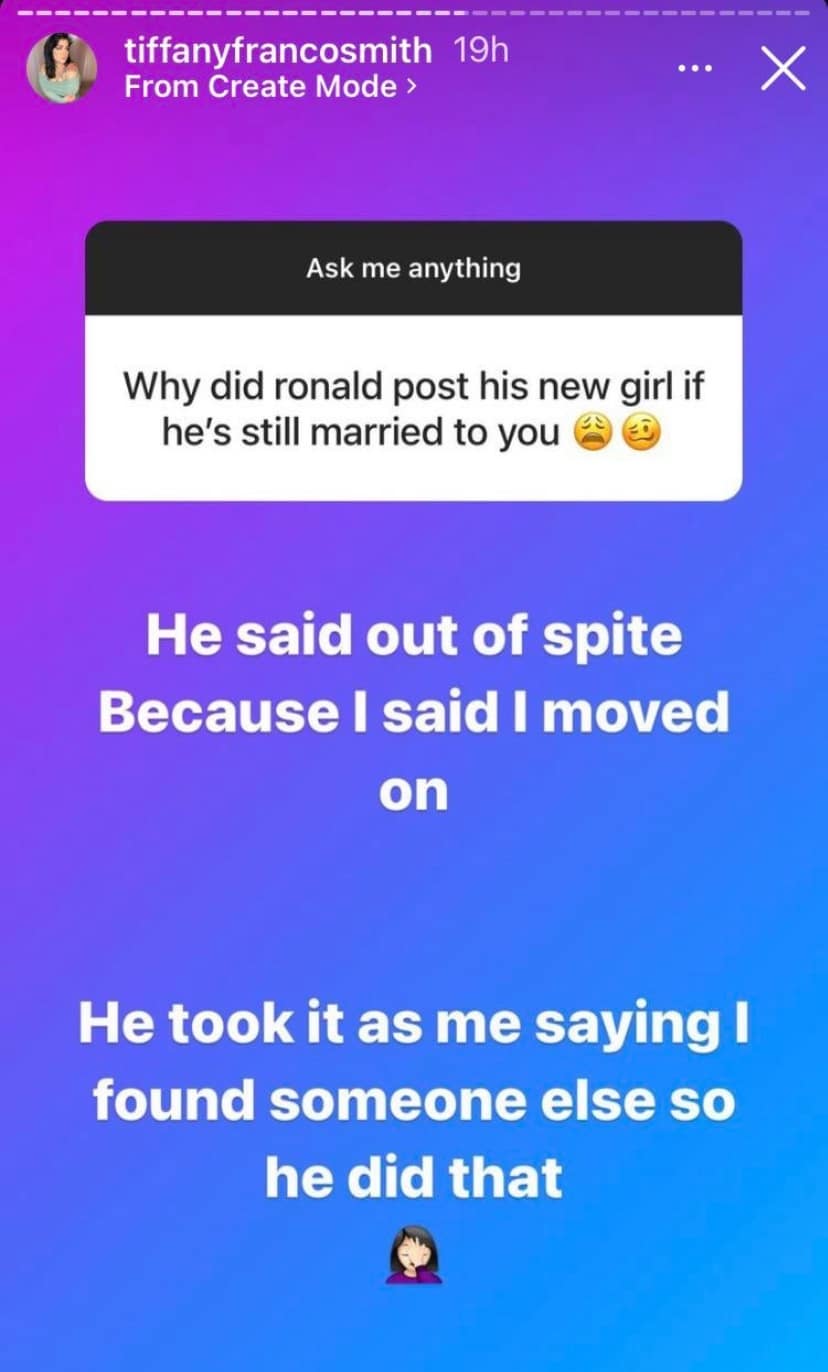 When asked if she and Ronald still want to be married, Tiffany replied “I think he [definitely] wants to try…” 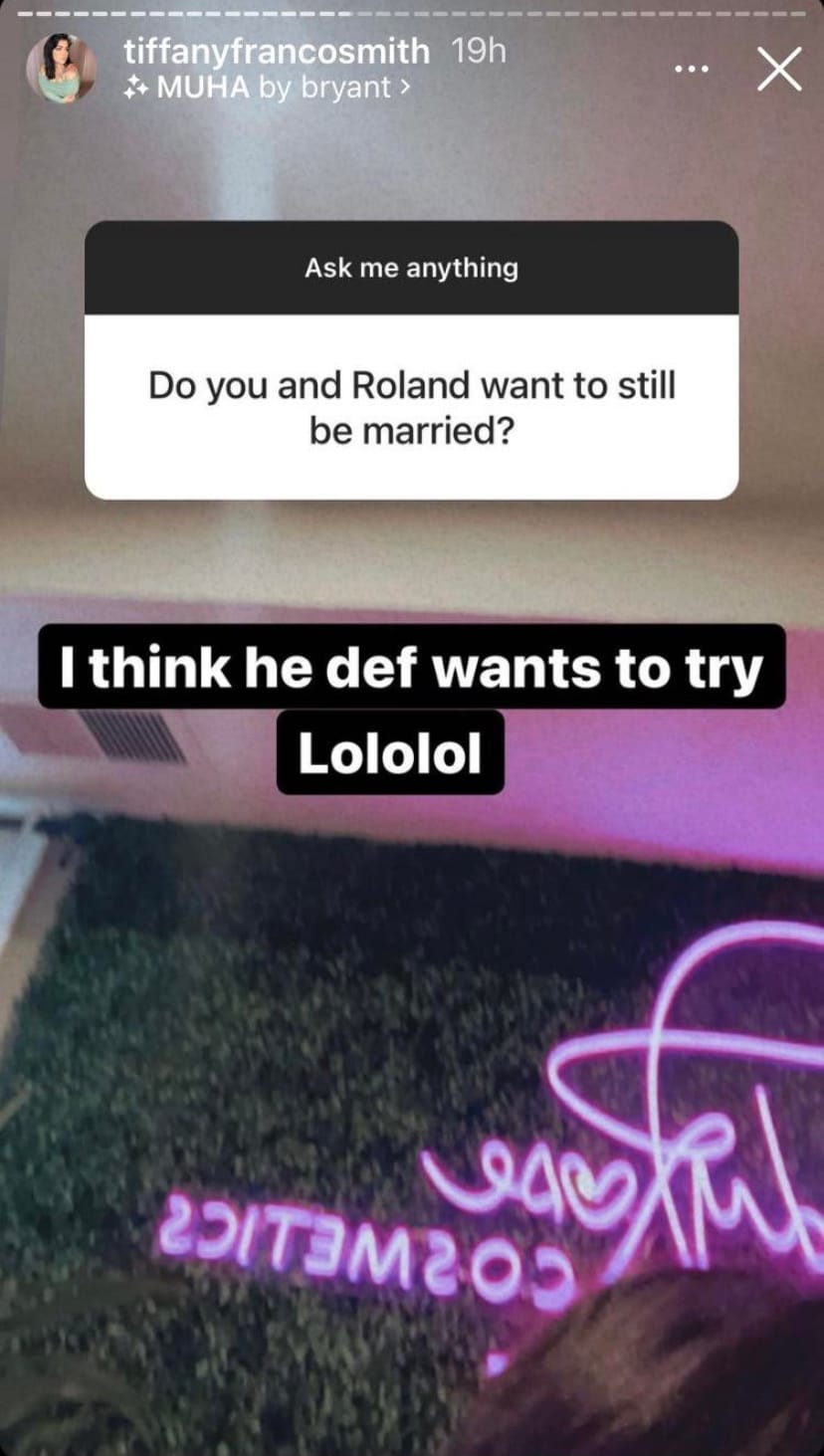 Tiffany’s confusing replies don’t really settle the matter of whether the couple is together or not, with her seeming to imply that she’s moved on while still referring to Ronald as “my silly boy.”

However, Ronald recently shared a lengthy Instagram story that clarifies that the couple is over for good.

Ronald recently shared a video of himself and his new girlfriend on Instagram, with a loved-up caption full of heart emoji’s and romantic words, including “. . . your laugh is like music to my ears” and “ I appreciate you so much and spending time with you is all that I need.” 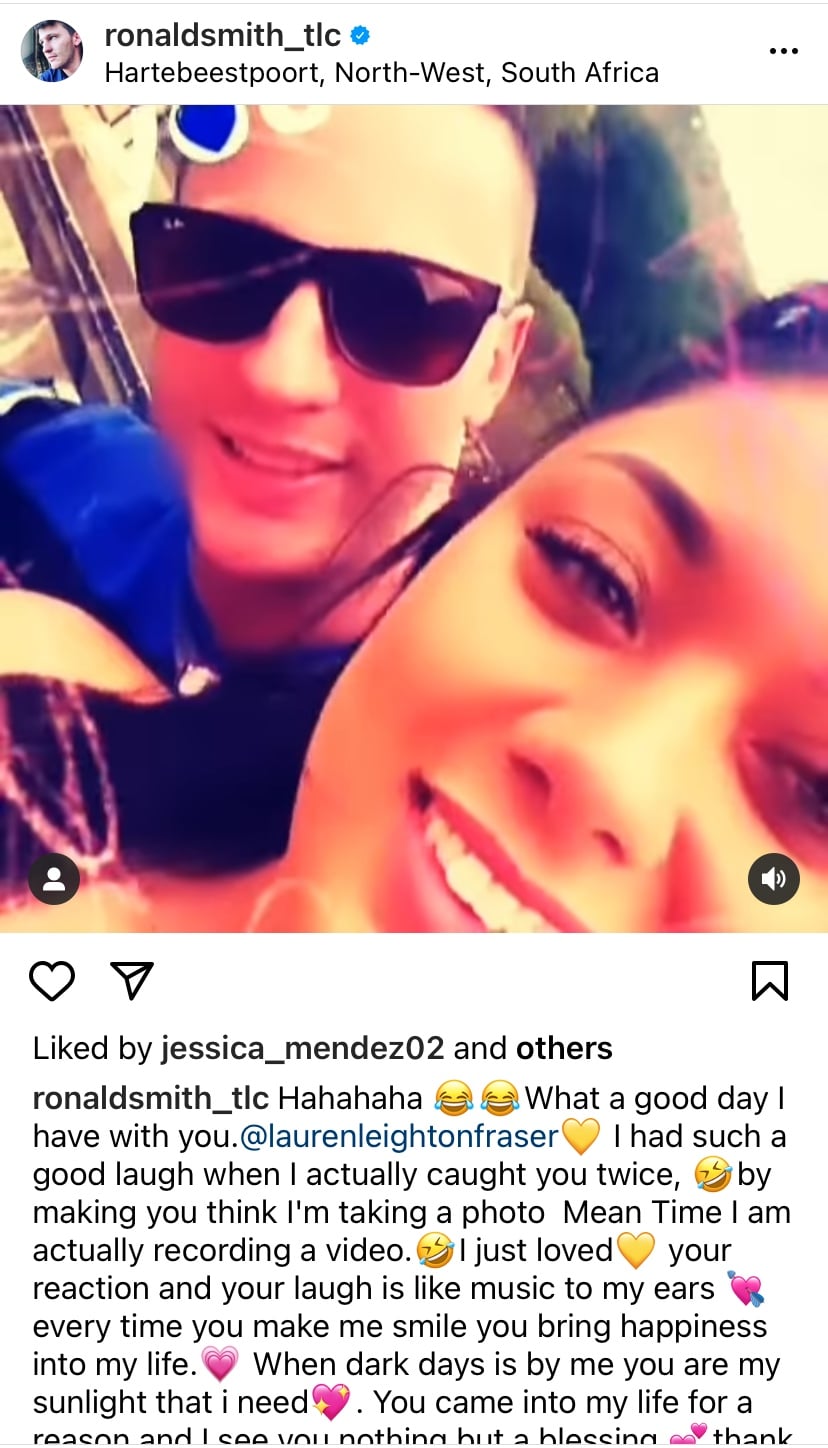 He finished off the caption by stating, “Let the haters hate” and “jealousy is a real thing” which we can only assume is directed at Tiffany. 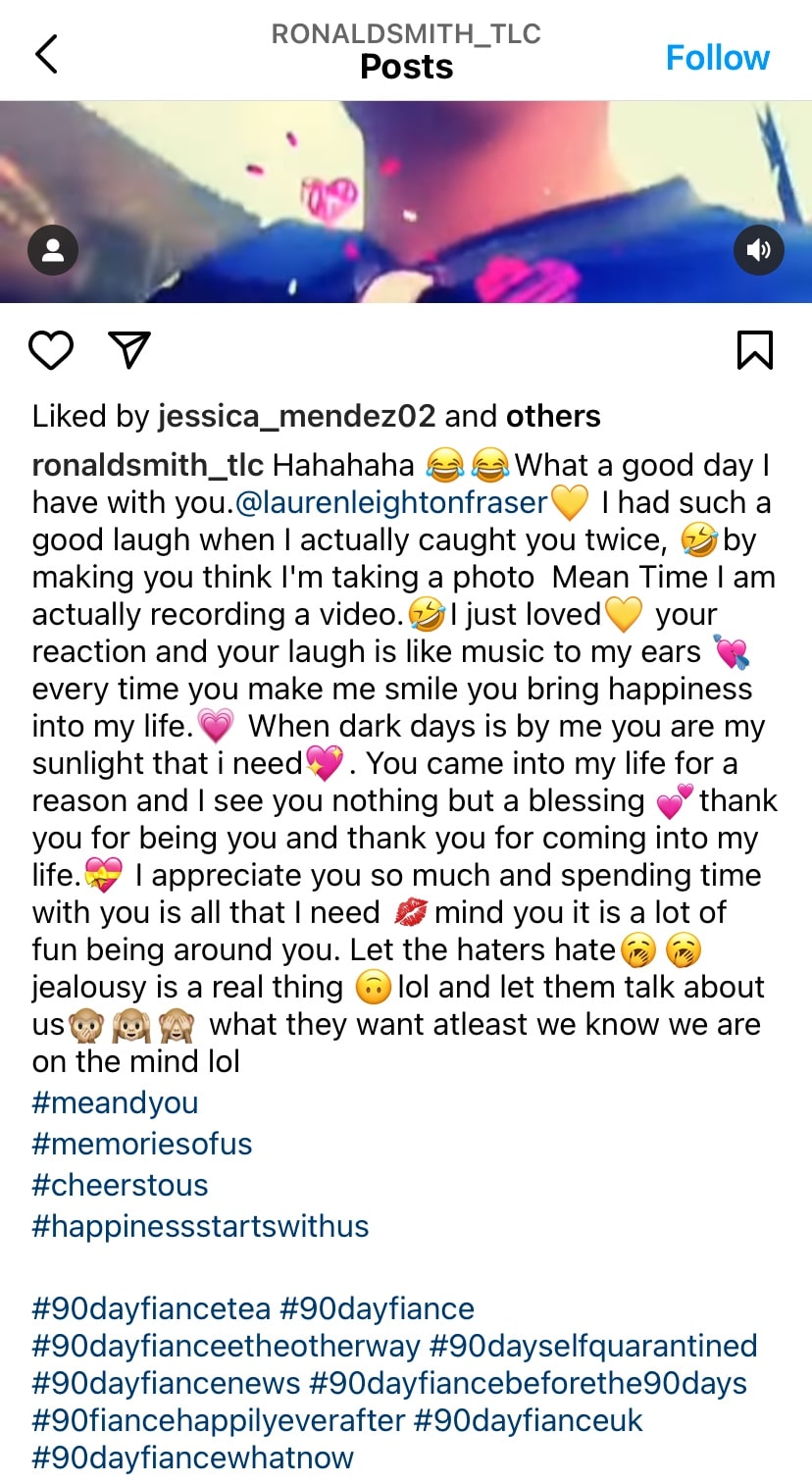 In addition, in a recently-posted Instagram story, Ronald stated that he was deleting his Instagram account He referred to Tiffany as his ex-wife, and he claimed that Tiffany is trying to get in between him and his new girlfriend.

He went on to state that the relationship is over and told Tiffany to “. . . go away now please.” 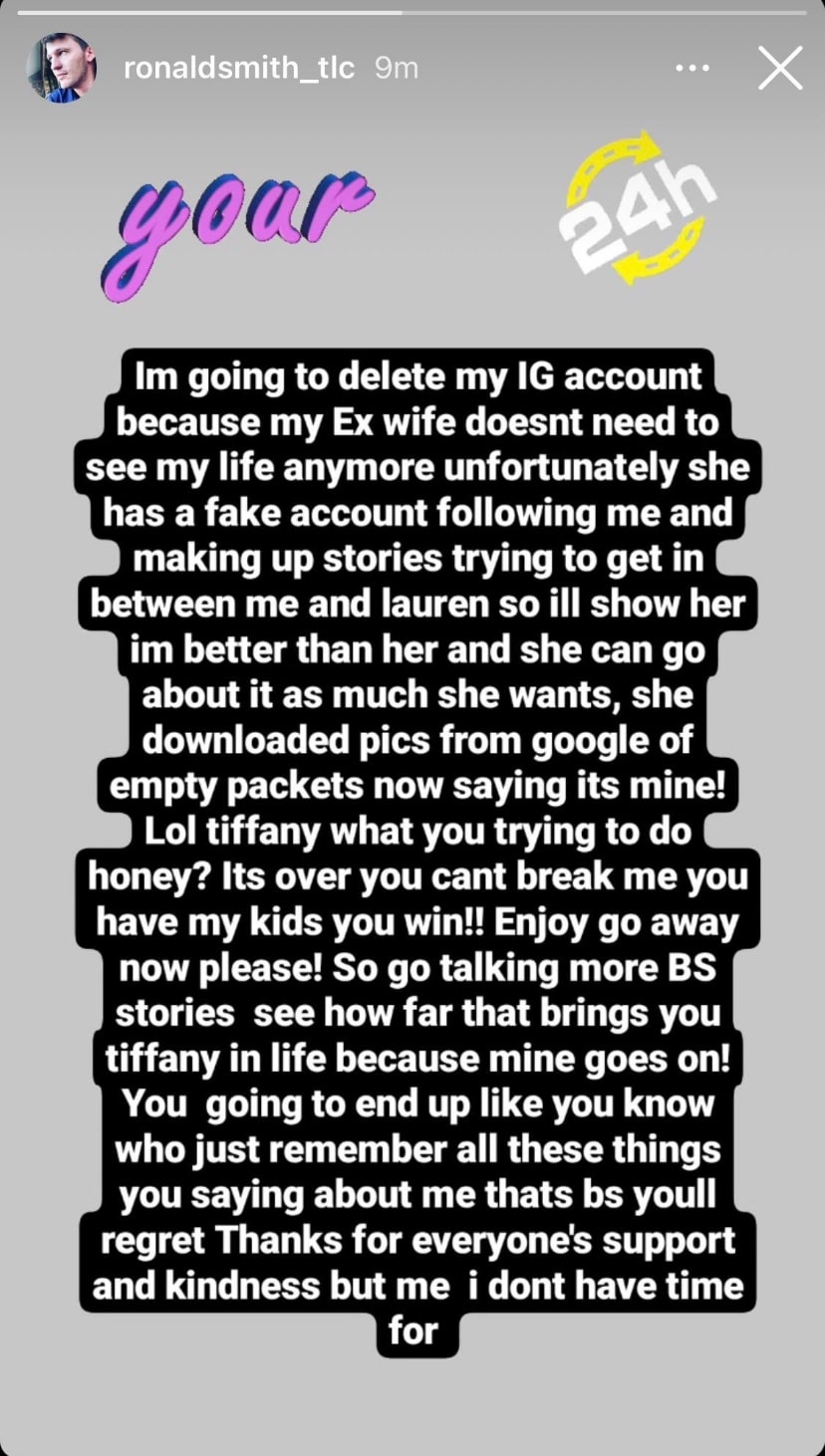 Based on Ronald’s social media posts, it appears that Tiffany and Ronald are not currently together, although it’s unclear if the couple has filed for divorce at this stage.

Tiffany and Ronald have been on-again, off-again multiple times throughout their relationship, so only time will tell if this time, it’s for good.