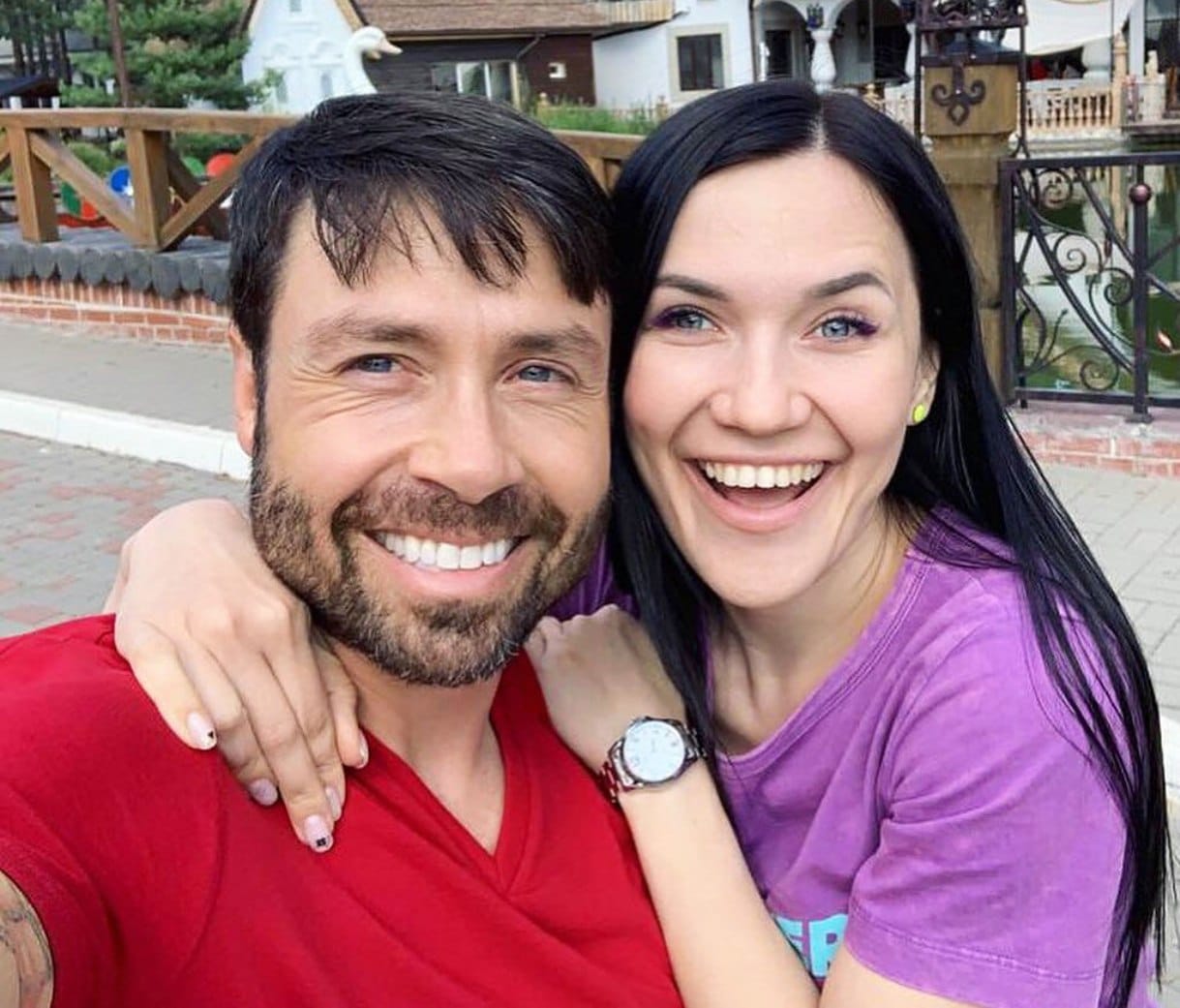 90 Day Fiance’s Varya Malina is making the most of her spare time while awaiting husband Geoffrey Paschel’s sentencing.

In a recent Instagram story, the former radio personality revealed that she is planning to join the military, stating, “I have an important update… I’m going to join the US National Guard.” 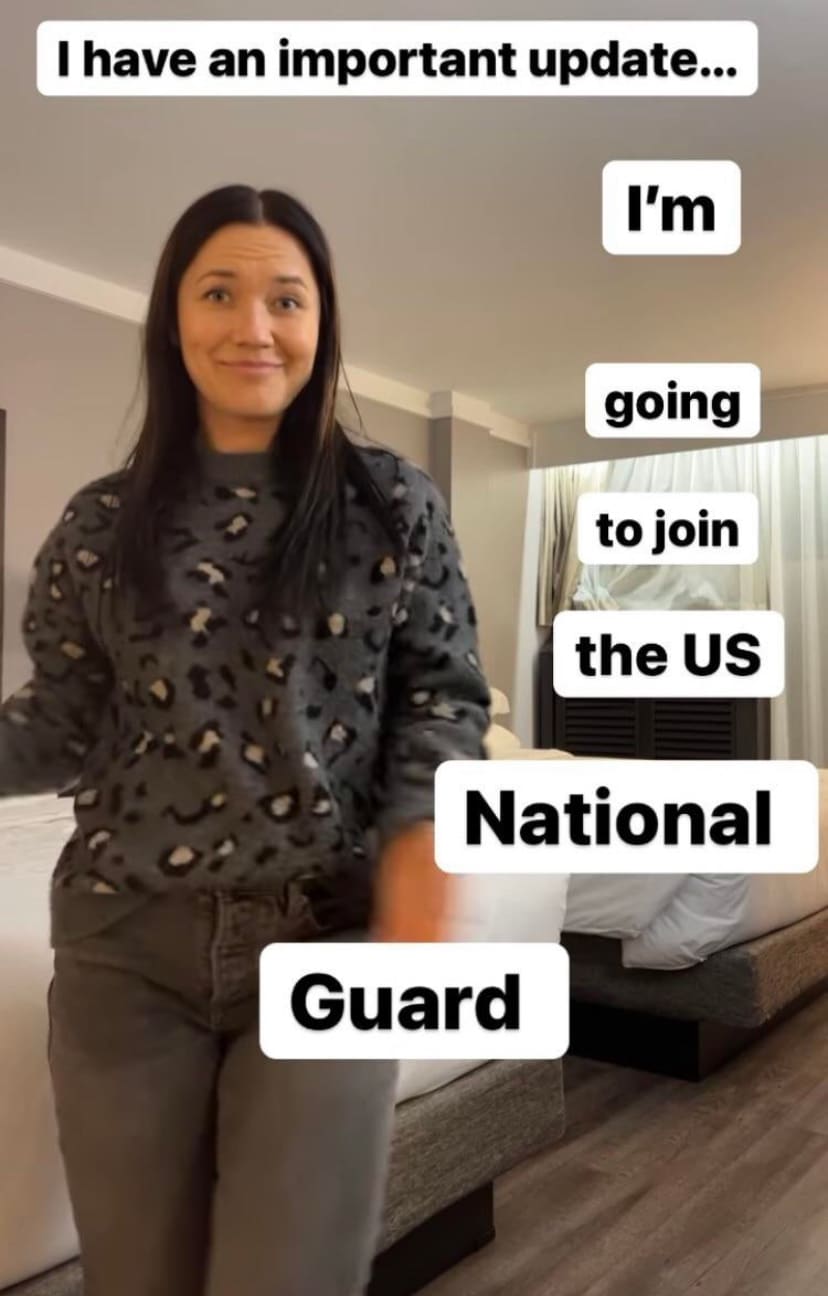 In a later update, Varya shared a screenshot of her text conversation with a recruiter.

The recruiter asked Varya how her studying was coming along and confirmed that due to Varya holding both a Bachelor’s and Master’s degree, she would be able to start at the rank of E4. This would make Varya Specialist or Corporal Malina. 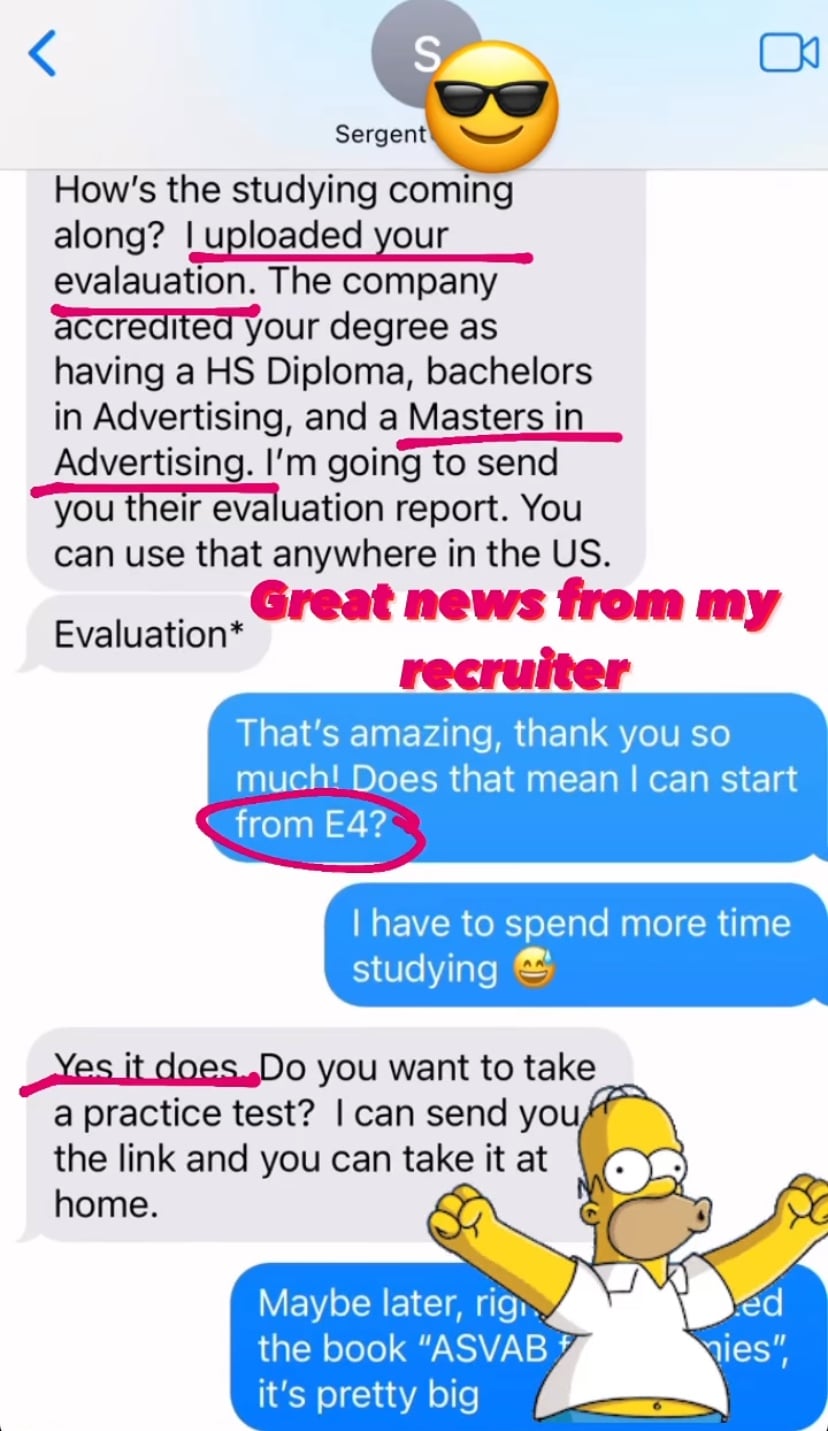 Varya admitted that she needs to spend more time studying, presumably for the ASVAB test, which is a timed aptitude test developed by the Department of Defense and used to determine an individual’s suitability for the military and which jobs they may be eligible for.

She appears to be taking her test preparation seriously, sharing an image of herself studying alongside a cup of tea and some chocolate liqueurs. 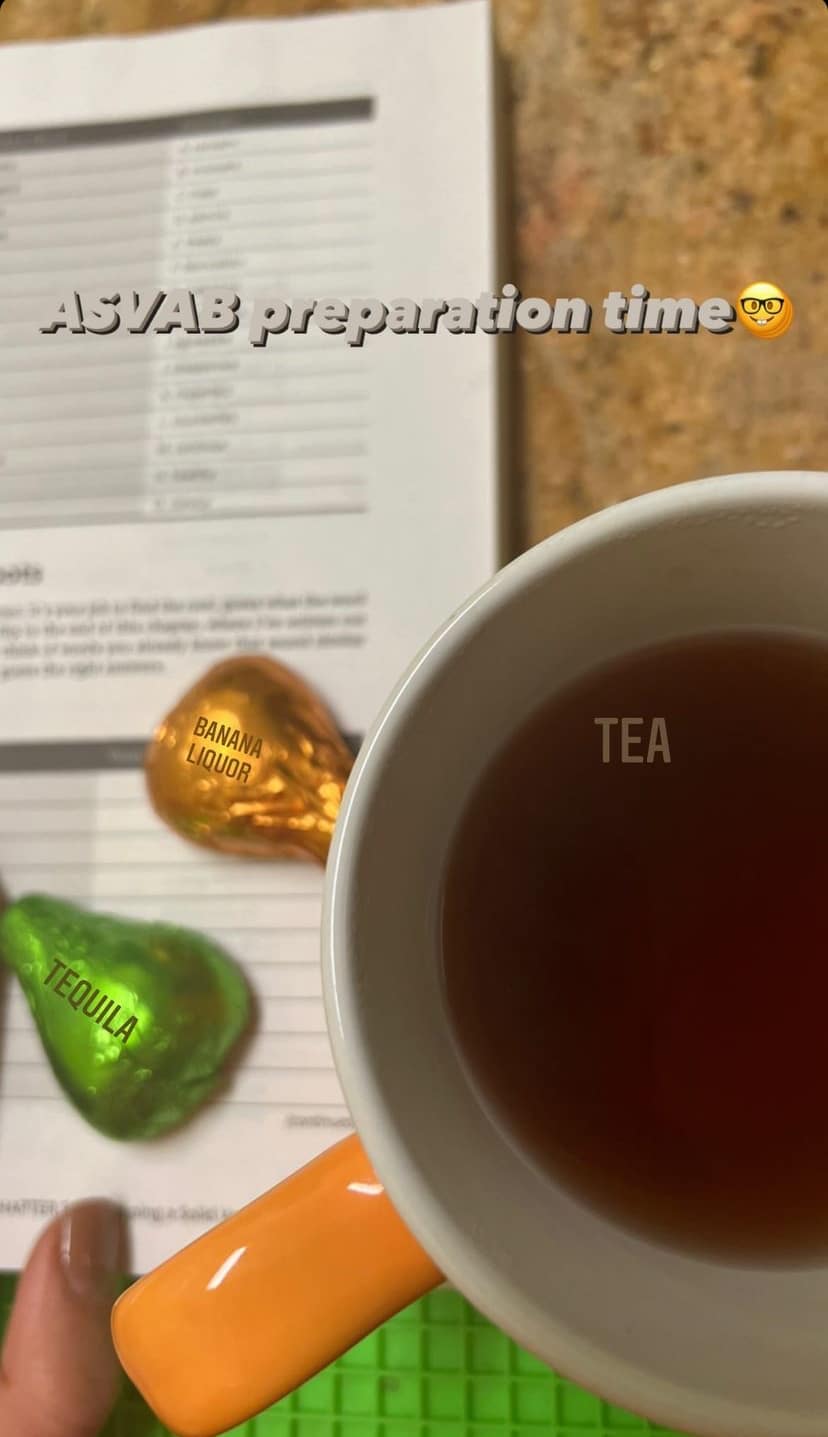 She then shared a number of posts quizzing her followers on questions that may be found in the ASVAB. 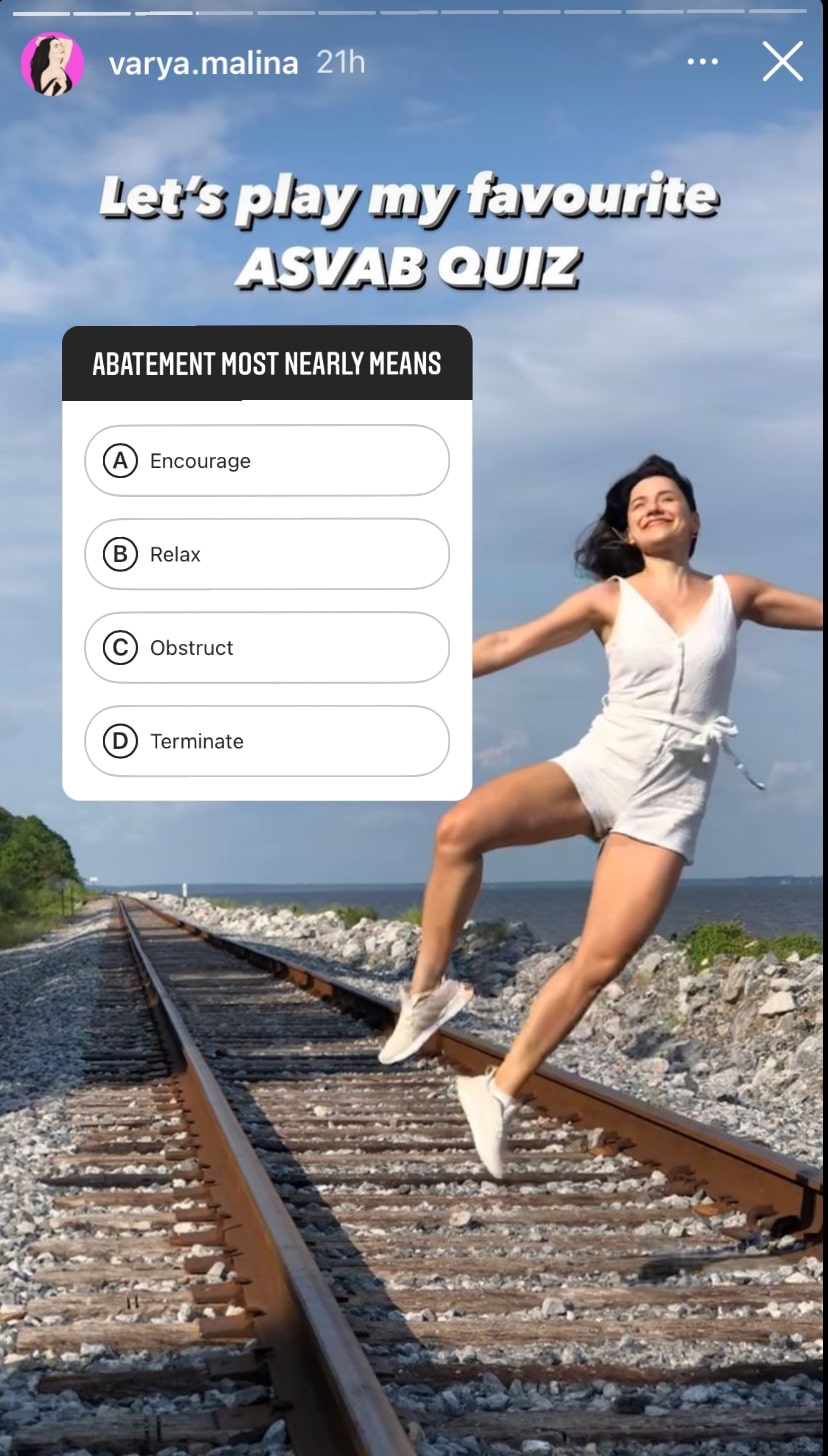 Varya appears to be doing her best to keep her mind off husband Geoffrey’s upcoming sentencing hearing, even participating in a photoshoot with Geoffrey’s ex-girlfriend, Mary. 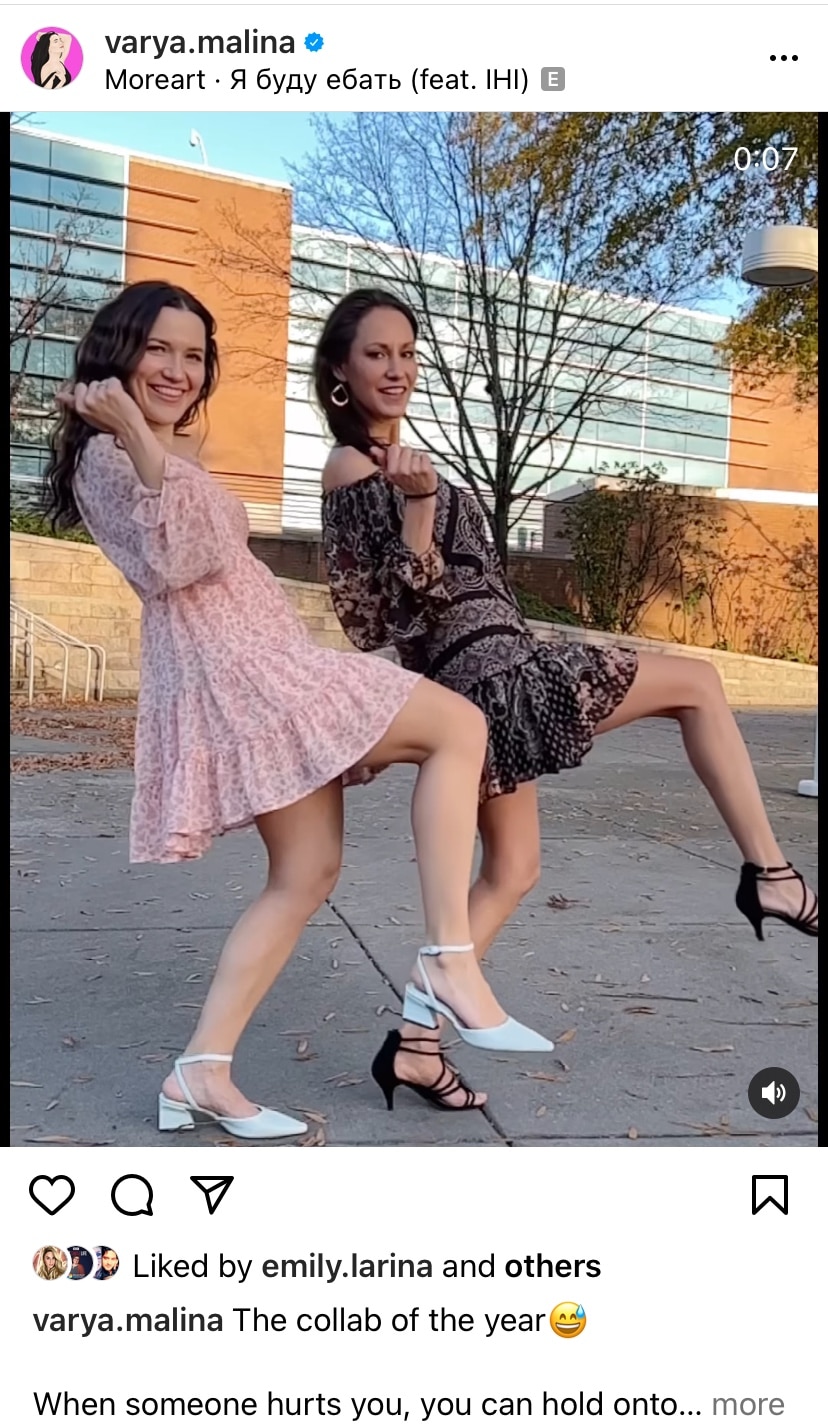 Varya had previously had a harsh exchange with Mary, telling her “Move b*tch, get out the way” after Varya decided that she made a mistake in rejecting Geoffrey’s wedding proposal and decided to surprise him at his home in Tennessee, only to discover he had moved on with Mary. Geoffrey broke off that relationship and rekindled the flame with Varya.

Geoffrey faces 12 to 20 years in prison without the possibility of parole after being convicted of aggravated kidnapping, domestic assault, and interference with emergency calls.

Geoffrey committed the crimes against his former fiancee on June 9, 2019, before he met Varya. Despite the serious and violent nature of his convictions, Varya has made it clear that she is standing by her husband.

In a recent Instagram story, Varya shared an image of Geoffrey donning his black and white striped prison uniform while holding a phone receiver with the text overlay “I told him about the videos I posted yesterday in my stories and your reactions. It made him laugh.” 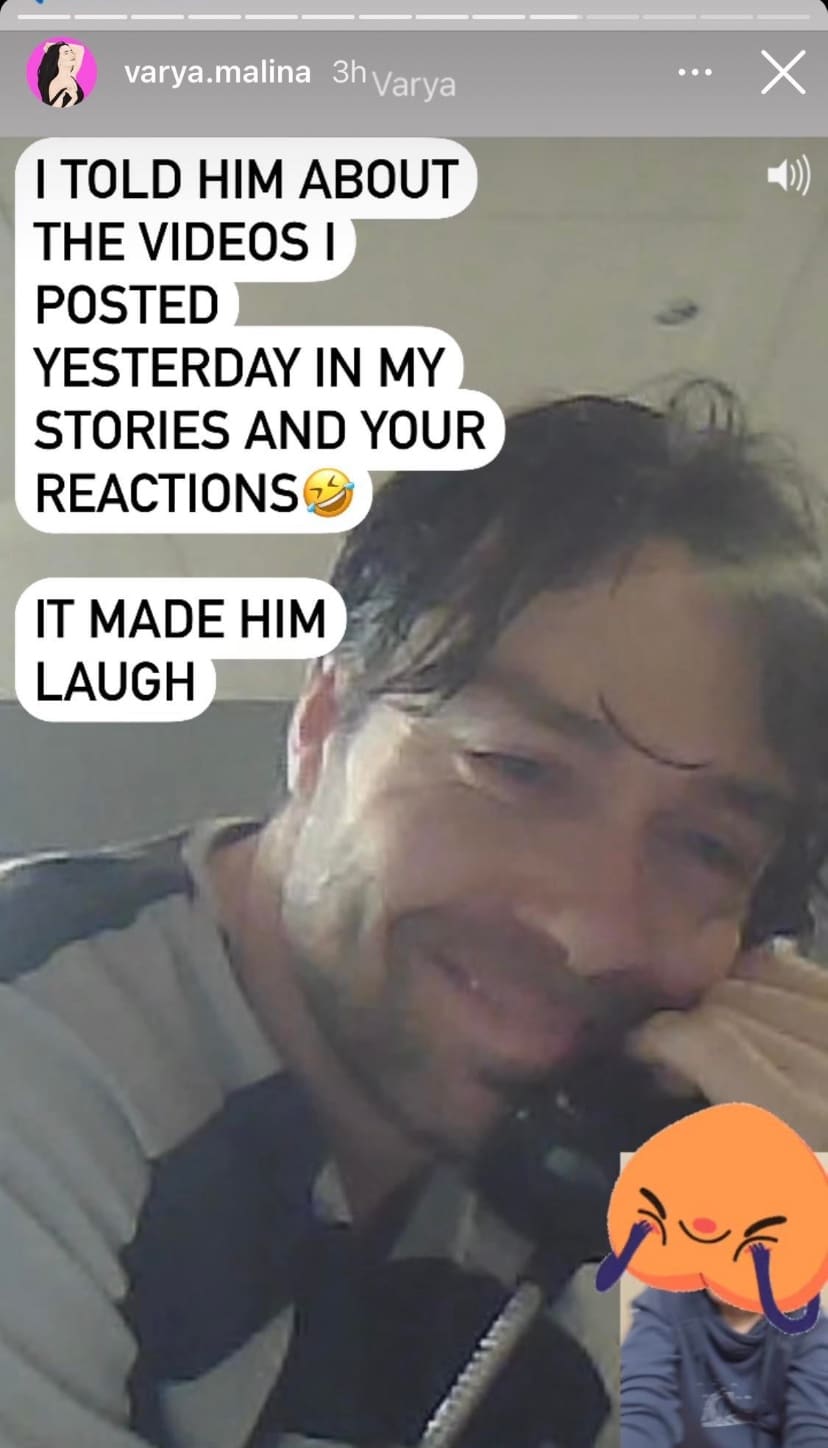 In addition to the prison photo, Varya regularly shares loved-up flashback pictures and videos of herself and Geoffrey, often with inspirational quotes.

Varya wrote, “Never give up” is his motto in life” in the caption of one video showing Geoffrey wearing a rash vest and sun hat with a neck flap, a stark contrast to his prison stripes. In the video, Geoffrey is shown struggling to close a beach chair. 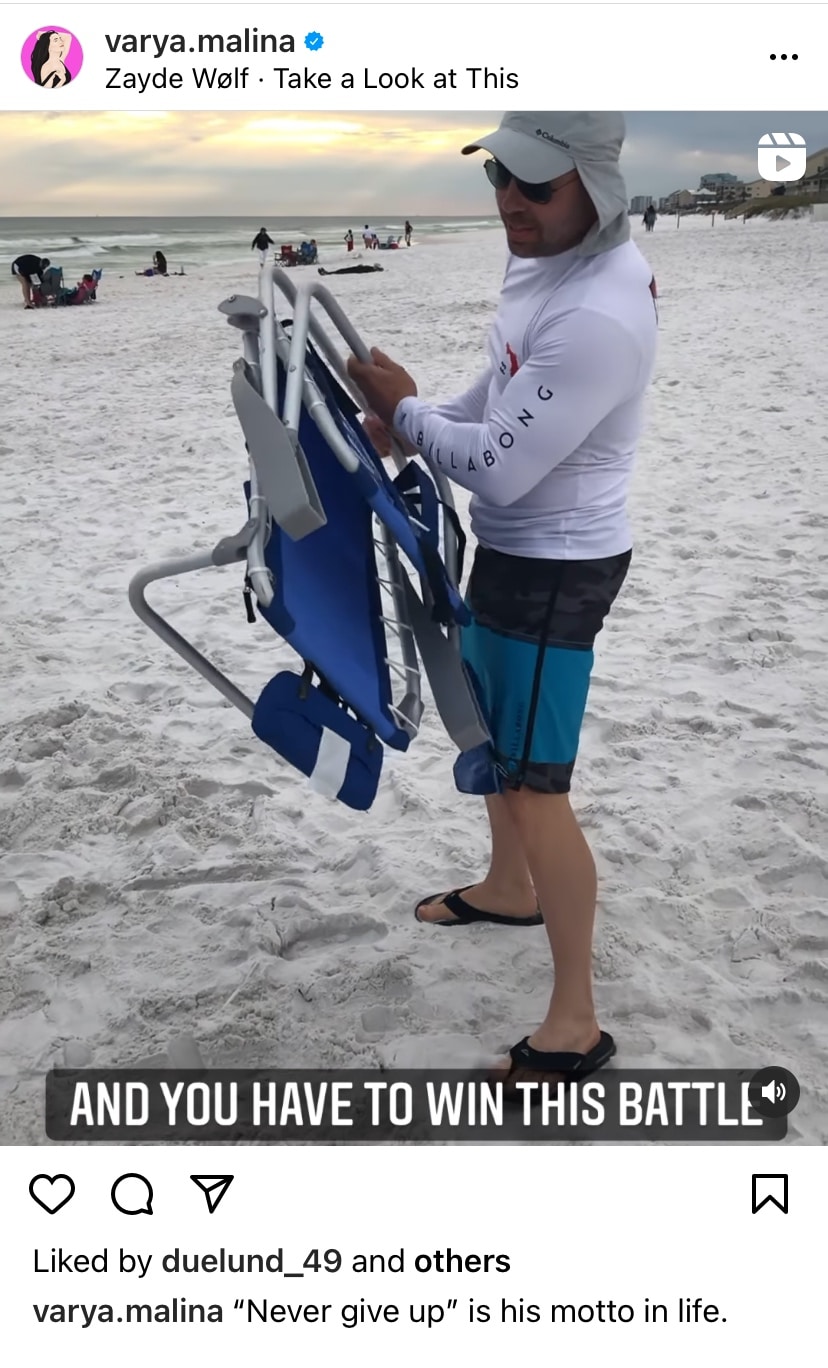 In another video, Varya is seen trying on a cowboy hat while Geoffrey watches on. She captioned the video, “Bad times can’t last forever. A new day comes and the sun rises even after the darkest night.” 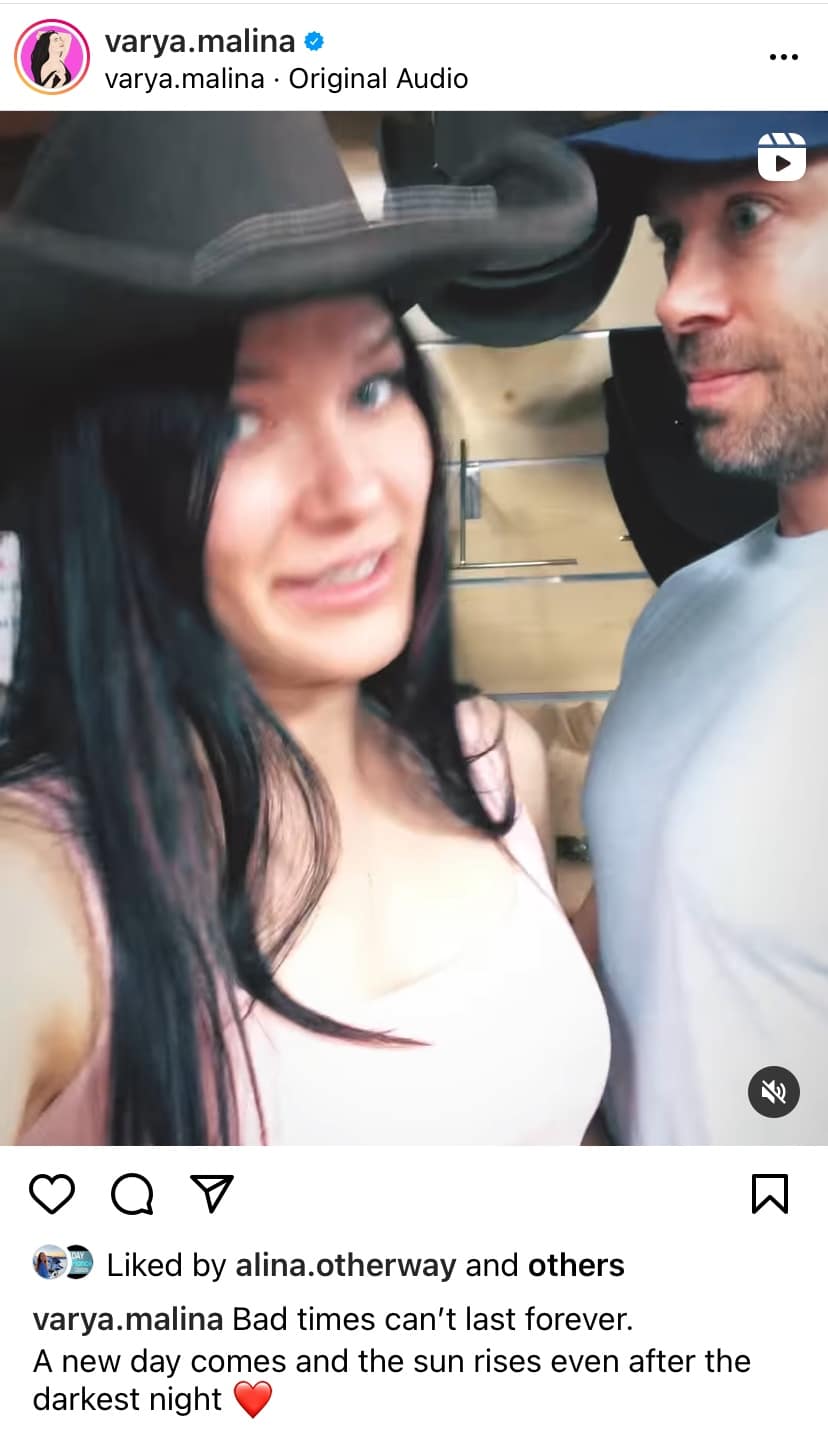 Bad times may not last forever, but for Geoffrey, they’ll last anywhere from 12-20 years, depending on the outcome of his sentencing which is currently scheduled for February 2nd, 2022.

Given his current age of 41 years old, Geoffrey will be anywhere from 53 to 61 years old when he’s released from prison. Varya is 31 years old, which means she’ll be between 43 and 51 when her husband is released.

Geoffrey’s lengthy sentence will give Varya plenty of uninterrupted time to climb through the military ranks. However, it remains to be seen whether Varya will continue to stand by her convicted felon husband for the next 12 to 20 years.