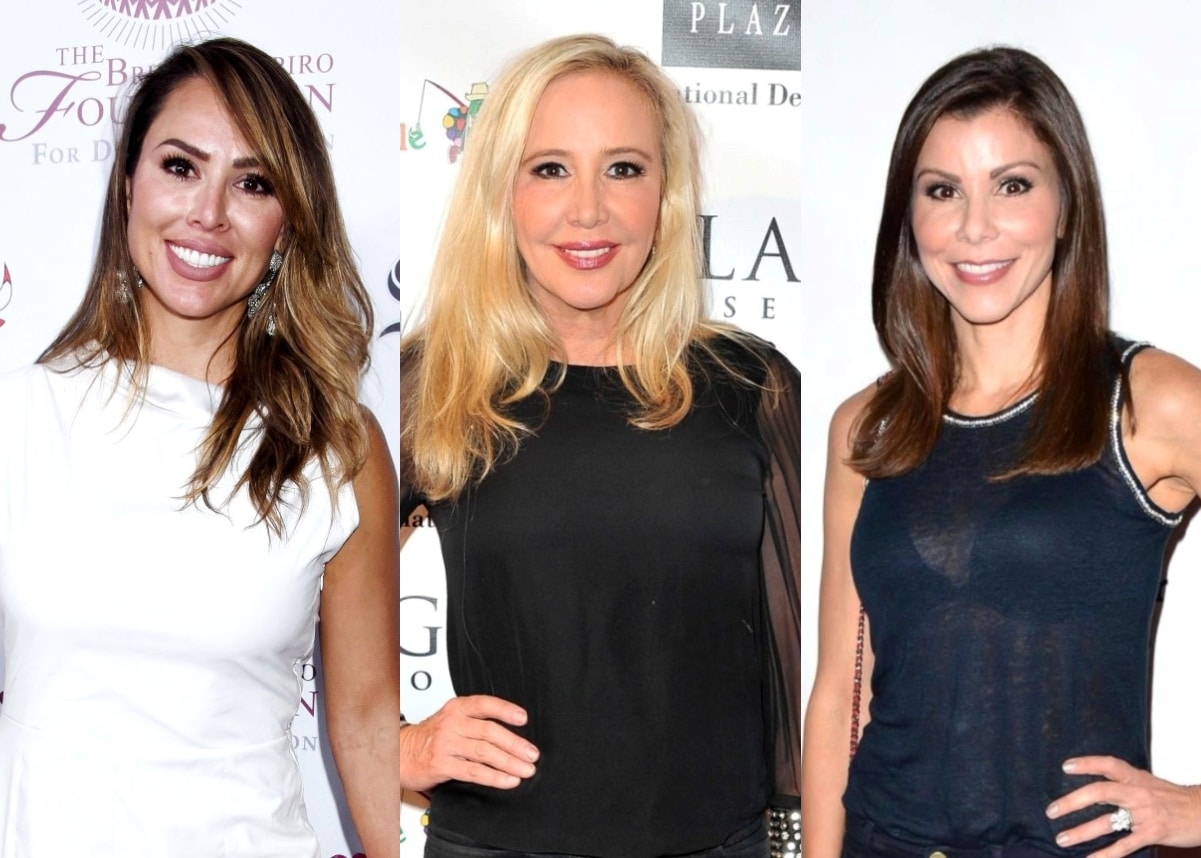 In the latest episode of Real Housewives of Orange County, Heather Dubrow had some choice words for Shannon Beador (who brought up a rumored lawsuit against Terry Dubrow). Heather expressed that it wasn’t a threat, but her message was crystal clear.

Kelly Dodd, who left the show last season, shared that Heather threatened to sue Kelly twice. The Bravo stars have battled it out in the press, going back and forth. Now that Kelly is no longer a Housewife, she can unleash her true thoughts about the cast, and reveal insider information.

In Kelly’s show Rick & Kelly UNMASKED, Kelly’s husband Rick Leventhal asked Kelly why Shannon recently apologized to Heather. Kelly responded, “Because [Shannon]’s afraid of her!… Poor Shannon… She doesn’t have her real friends to back her up. So she has to kiss her ass… It’s bullshit. You’re going to get mad at somebody for telling the truth?”

Rick then mentioned Heather’s “longstanding grudge” against Shannon, which Kelly feels is “ridiculous. You can just see the evil… She’s a little evil little girl here, that Heather Dubrow.”

Rick addressed Heather’s “threat” at the end of the episode when the mother of four promised Shannon that she’d lose more than just her friendship (if Shannon went after her family again). Rick and Kelly, however, weren’t surprised by Heather’s alleged threat, and the Fox News correspondent said, “She threatens to sue you if she doesn’t like what you say.”

Heather’s scene reminded Kelly of “mafia wives.” She believes Heather is “ruining the show,” but she thinks Noella Bergener is “a great addition” to the cast. “[Noella]’s the only one that’s interesting to me,” she said, before offering a warning: “You’re gonna see Heather Dubrow being very very mean to Noella.”