Home Below Deck Below Deck’s Kate Chastain Reveals Her “Big Mistake” in Introducing Ben Robinson and Rachel Hargrove, Plus How She Ended Up on Show

Below Deck’s Kate Chastain Reveals Her “Big Mistake” in Introducing Ben Robinson and Rachel Hargrove, Plus How She Ended Up on Show 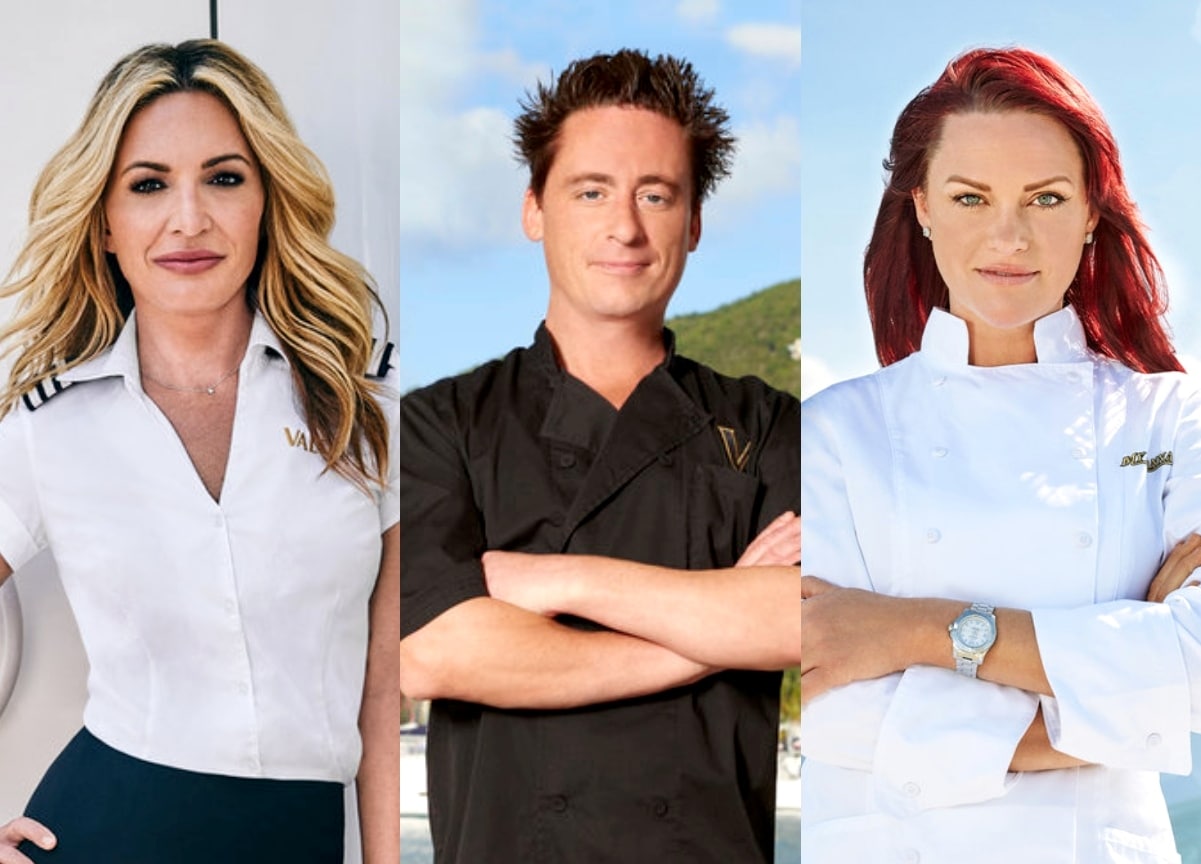 Below Deck alum Kate Chastain has been opening up a lot recently, and this week we were treated to a gem of an interview where Kate reveals how chefs Ben Robinson and Rachel Hargrove got along upon meeting, her friendships with both, and how Chef Rachel is connected to her getting her job on Below Deck.

Speaking with Showbiz CheatSheet, Kate talks about how both Rachel and Ben are two of her close friends. She also discussed how upon meeting they were friendly but immediately ducked into their culinary competitive sides, which Kate jokingly called a “big mistake” on her part. Kate knew Rachel prior to becoming a stew on the show and then formed a bond with Ben, and she revealed how she felt caught in between the two’s competitive spirits.

“Rachel was here, so I came to see Rachel,” Kate explained. “I was like, let’s go see my friend Ben. Big mistake on my part. It was like I evaporated. I was no longer there, and it was like watching a showdown,” she recalled with humor. “Like, ‘Oh, do you do gastric molecular or molecular gastronomy? I do that.’ I’m like ‘You’re both really good! It’s like musicians, you know? Like one is not necessarily better than the other. It’s just different styles of music.”

So how do the two head chefs really get along? Is it a friendship or more of a competitive rivalry?

“Well, they get along but it’s an intense rivalry,” Kate admitted. “Like they can banter, they can laugh. And I think they enjoy the competitiveness.”

Kate also went on to explain her initial introduction and connection to Chef Rachel and how it helped navigate her Below Deck tenure.

“Very fun fact,” she said in an Instagram Live with Walt Wines. “The chef who was on board the yacht that I worked on, her name is Rachel. And she’s going to be the chef on this new season of Below Deck! I’m so happy for her! She’s fantastic.”

Kate also shared another ‘fun story’ about Rachel, saying, “Fun story about Rachel. She’s from Tampa. And so was the season 1 chief stew. Who by the way, she’d go out with wet hair. She was not how I would do things.”

Continuing on, Kate said, “So Rachel and I were watching Below Deck season 1 and she knew the chief stew from season 1. They did not get along. So, I said, ‘Rachel, I’m gonna take her job.’ So basically, that’s the reason I ended up on Below Deck because I’m such a good friend!”

Kate concluded her interview by saying that she thoroughly respects and enjoys both her friends’ cooking styles.

“Rachel’s food is amazingly intense,” she said, adding that both Ben and Rachel’s “chef’s temperaments and personalities are as flavored as the dishes they create.”

In a recent turn of events, Chef Rachel said she would be interested in a Below Deck/Top Chef type of challenge.

Anyone think Chef Ben’s up for the challenge? I’m sure viewers would eat it up.

Below Deck is currently airing at 8 p.m. EST Monday nights on Bravo, and be sure to catch Kate on Galley Talk airing on Bravo as well.