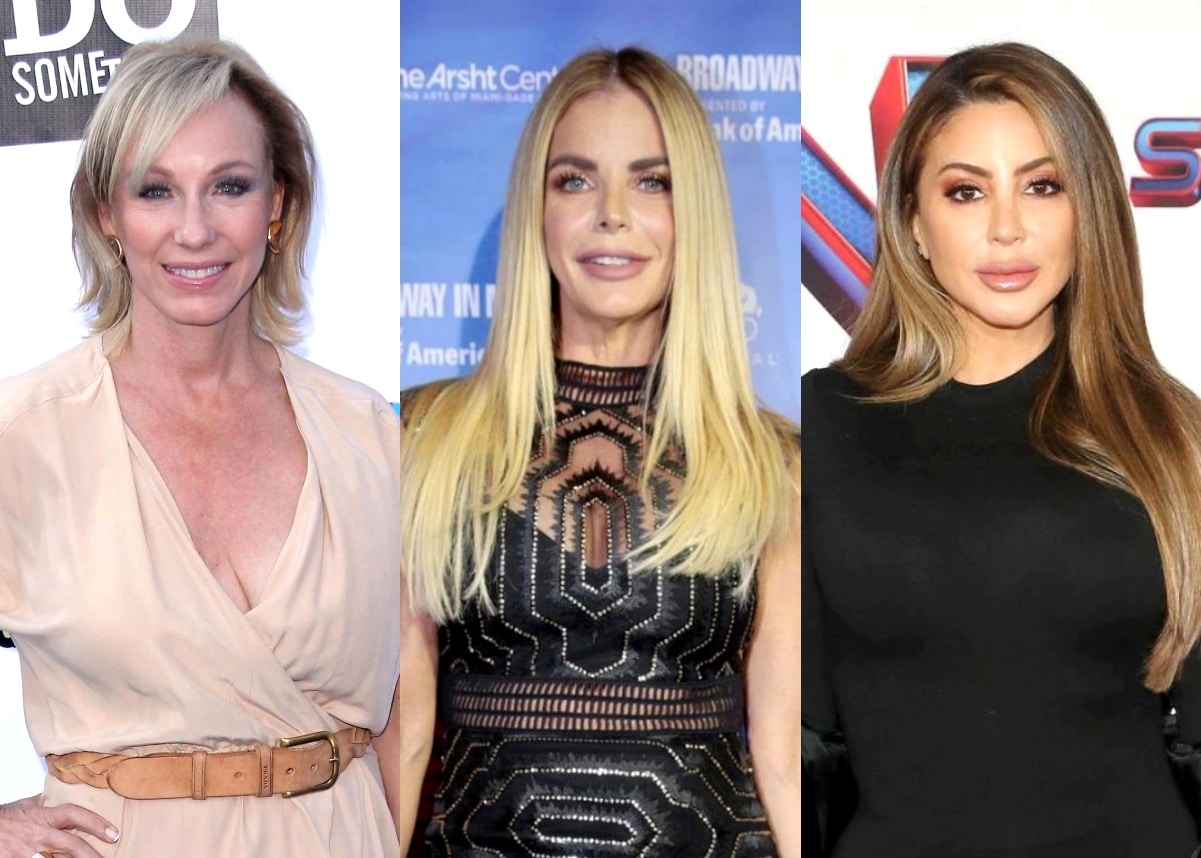 Former Real Housewives of Miami OG Lea Black is not holding back as she reveals why she is not part of the new season’s reboot. She is also coming after the show’s current stars, Alexia Echevarria and Larsa Pippen.

Speaking to the Behind the Velvet Rope with David Yontef podcast, Lea said she didn’t want to return to the show if it wasn’t going to be “different” than the previous three seasons, but she did, in fact, talk with producers about her potential comeback.

Lea went on to further elaborate that she wasn’t even in Miami at the time of shooting, but rather, she was in LA.

“If I had wanted to do it, could I have worked my way into that show one way or the other? Hell yeah,” she said.

“I was in LA when they were filming,” she continued. “And you know, there’s just so many important things going on in the world that I work on… But I’m wishing them well, I hope they all get their flowers out of it. God bless, you know, the champagne, all of it.”

Not being on the show doesn’t mean that Lea doesn’t have some strong opinions on the current season. She has recently slammed Alexia for “outing” her late husband, and she dissed Larsa as being “superficial.”

During the latest season, Alexia reached out to her late husband Herman Echevarria’s alleged gay lover on camera. Then, at a pride event, Alexia publicly dedicated her award (for her work in the LGBTQIA+ community) to Herman, who she said had learned later on in life was also a closeted gay man.

“See, I was close to Alexia’s husband. I was never close with Alexia,” Lea said on the podcast. “And I heard some things that are, if true I’m going to make a big stand-up and defend Herman… on his behalf.”

Lea went on to say that she believes “outing” a dead person is “not fair.”

“He’s not here to defend himself,” she explained. “And he did nothing but lavish [Alexia] with luxury for years.”

Elaborating further, Lea said, “I hope they don’t try to take that away from him.” She hopes Alexia would rather “celebrate” Herman and shine a light on “the contributions he made to a lot of things in the world, to the community, Miami, to his businesses, and taking care of her and her kids and his family.”

Lea took it a step further, saying, “If anyone is trying to make him look bad. I will have a hard time keeping my mouth shut.”

Next in Lea’s crossfire is former co-star Larsa Pippen, who Lea says will never show anything of substance on the show. Lea also said the Keeping Up with the Kardashians storyline meshing with her being on the show will not be “sustainable” and “it’s a buzz and it’s over.”

Lea also said she has never known Larsa to put herself out there.

“I’ve never seen her crying or complain[ing] or whining about her personal life. I’ve never seen any of that with her,” she said, adding that Larsa seems to only portray “a very see-and-be-seen superficial kind of life.”

However, Lea made sure to let us know that, despite her harsh criticism of Larsa, she and Larsa are friends.

“I’ve never seen her to be the person to put her raw feelings and self out there,” she elaborated. “I think she’s a little bit guarded that way.”

Well, there you have it. Do you miss Lea on the show? Do you agree or disagree with her criticisms of Alexia and Larsa?

The Real Housewives of Miami is available to stream now on Peacock.