Home Real Housewives Of Salt Lake City News RHOSLC Recap: Meredith Slams Ladies for Speculating She Turned Jen in to Feds and Questioning Validity of Father’s Memorial, Plus Did She and Jen Hook Up With Same Man?

RHOSLC Recap: Meredith Slams Ladies for Speculating She Turned Jen in to Feds and Questioning Validity of Father’s Memorial, Plus Did She and Jen Hook Up With Same Man? 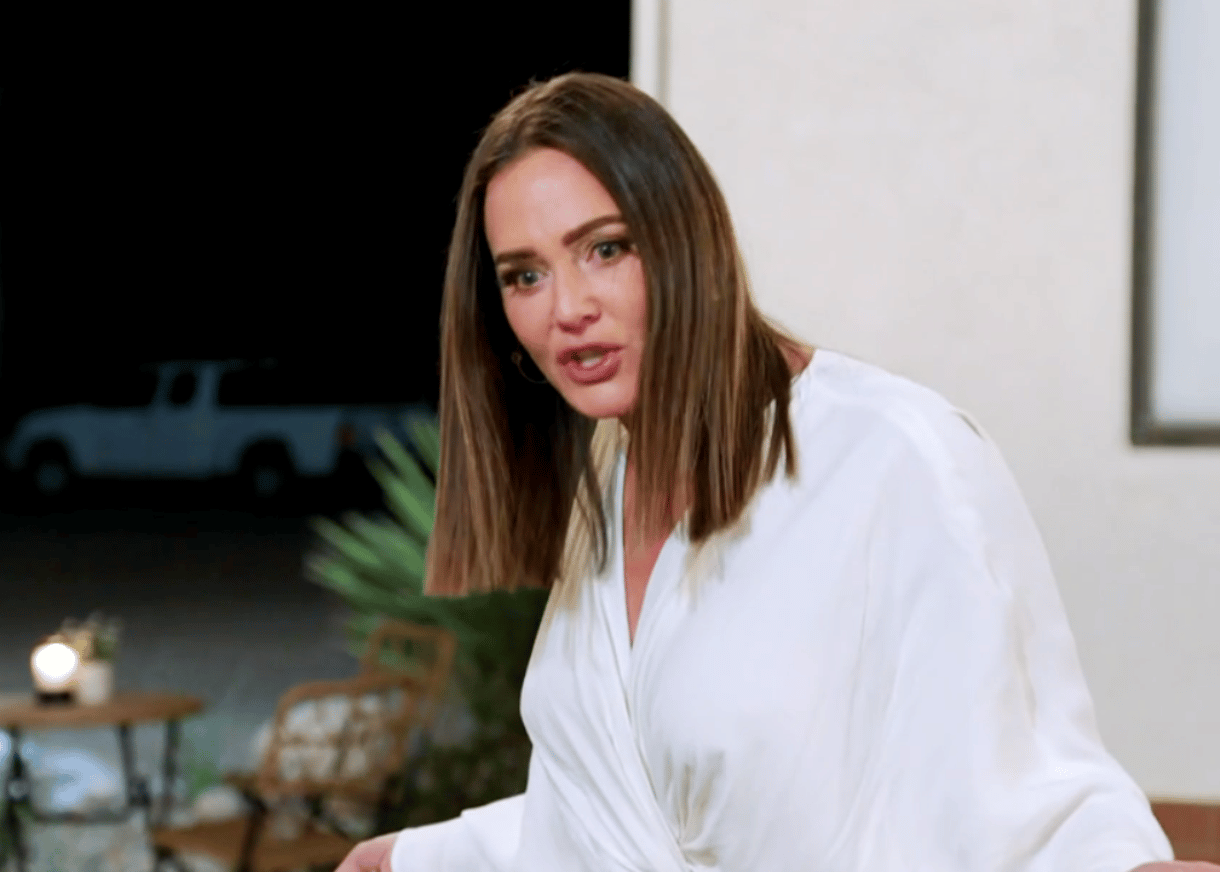 So far, the Mother’s Day trip to Zion is going off without a hitch… siiiiike. The fighting is escalating and allegations are being thrown out left and right on this episode of The Real Housewives Of Salt Lake City. Something tells me this is not what the husbands had in mind when they surprised their wives with this trip…

Jen has called Meredith a fraud and claims she has never done anything to hurt Meredith or her family. It’s laughable and everyone is awkward AF at the “dinner table of horrors,” in the words of Heather. Meredith keeps exiting and entering and continuing the fight with Jen. She explains that the investigator explained with 90% certainty that it was Jen. Jen now turns the private investigator convo onto Jennie, and her voice just continues to rise and grower louder by the moment.

Jen wants to know what else she can do, and Meredith states that she’s a “kind enough soul” to not spill all of Jen’s dirty laundry. Whitney thinks that Jen might’ve hooked up with the man that Meredith was seeing while she was separated from Seth. Juicy.

Whitney lets Meredith know that it looks like she has something to do with Jen’s arrest because she never travels in the van with them for trips. To that, Meredith laughs out loud and removes herself from the women who are very clearly not her friends (again). She tells Whitney it is a “revolting accusation” and that she is “disgusted.” Love how Mary is just all up in the action, backing Meredith as if she were her bodyguard.

Whitney chases after Meredith and gets her down to the table… yet again. Meredith makes it clear that she has nothing to do with the FBI and claims she has been nothing but honest to the group. Meredith is confused about how she could be powerful enough to get Jen in trouble, and Meredith demands to know who believes she was responsible for the arrest. For the 200th time, Meredith announces she is “out.”

Back at the dinner table, Jen thanks Lisa for being there for her (with sarcasm), and Lisa lets Jen know that Meredith was upset with her in Vail.  Jen asks if Meredith was there for Lisa 100%, and to that Lisa begins (fake) crying about how she could have used some more support from Meredith.

Meredith phones her son, Brooks, and fills him in on the insanity. She explains that this has been a nine-year investigation on Jen and that she needs to “wipe” her whole friend circle clean. Jen lingers outside of Meredith’s room, waiting to interject once she hangs up the phone. Meredith once again reiterates that she did not call the FBI on Jen, nor did she know what was going to happen the day of the arrest. Meredith makes it clear that she didn’t want to subject herself to stress and tension on the bus, which would explain why she opted out of the Sprinter van. Meredith embraces Jen, and Mary sits down on the bed to watch as these women warm up a bit toward each other.

The next morning, there is a small flicker of hope that things may perhaps get better. Until… Meredith storms in to scream that her family is off-limits. It turns out that Lisa came into Meredith’s room and filled her in on the 3 a.m. talk the other women were having downstairs. They were speculating that Meredith lied about her father’s memorial and THAT would explain why she wasn’t on the bus. Meredith. Is. Furious.

She storms around the house yelling that her family is off-limits, and Jen, Whitney, and Heather (and her Sugar Babies candy) are all hiding from Meredith in one big bed. In true Lisa fashion, she stirred the pot and is now trying to undo what she did. She is begging Meredith to find a way to make this better. Lisa is appalled that Meredith is lashing out at HER when she was the one consoling her the night before. Lisa believes that Meredith combined stories and made it seem like the women were claiming Meredith was at a fake memorial. And that is not quite what everyone was saying last night.

An angry Meredith wants to hear none of it. Meredith feels as though Lisa has had “growing hostility” toward her since last summer. And quite frankly, Lisa is over being Meredith’s punching bag. Lisa realizes just how angry Meredith is and decides to give her some space.

Back in the kitchen, the ladies are trying to piece together why Meredith is so p*ssed. Whitney is annoyed that Lisa spun the narrative to get in front of the sh*t talking, and as Jennie begins to give her opinion, Mary shuts her down. She tells Jennie she doesn’t matter and gives her zero chance to share her thoughts.

Meredith, the lady who is over allll of the women and wants to go home, continuously puts herself right in the middle of the action. She stomps into the kitchen and demands to know who believes she lied about her dad’s memorial. Still confused about why Meredith is upset with LISA for all the things that have been said… considering she is the one who told her all the sh*t the others were talking. After this back and forth, Heather jumps in as peacemaker. After all, there is hiking to be done and a new day to conquer.

The last place I’d wanna go with angry women is to do some steep climbing and propelling off of cliffs. They hop into some ATVs and are ready for some fun after the drama-filled trip so far. Everyone cheers that they are ready for the hike, except for Mary, and I can say we are on the same page. Especially when Mary says she doesn’t wanna see Heather’s nipples.

Two hours later, the women return exhausted and beat up, preparing to rally cuz they’re going to Club Zion… in the house. (Hold up: Jen Shah has glam with her?! Awfully bold and very Erika Jayne of Jen to have zero self-awareness in a time of such legal trouble.) Everyone arrives at dinner decked (yes, Meredith has on feathers), and they are all just pretending like Meredith did not flip the f*ck out on them this morning.

Lisa takes this moment to apologize to Heather, Whitney, and Jennie for what happened, and she uses that as a springboard to invite the women to her Vida tequila event. Mary apologizes to Jennie for telling her she doesn’t matter, and we learn that Jennie really tries to move on from fights with people due to her anger issues. Wait, Jennie broke her husband’s ribs because she was throwing stuff at him out of anger??

There’s a painfully awkward attempt at turning the basement of the house into a club, right down to Vida bottle service, and it seems like the group is actually getting along for the time being. And it wouldn’t be a Real Housewives trip without a late-night plunge into the hot tub and pool. Of course, Whitney goes in topless (#shockvalue), and the night turns into day just like that.

The house is trashed, and it is evident that a good time was had by all when Lisa and Meredith wake up in the same bed and Whitney and Jen are sharing a bed in Lisa’s room. The ladies are rough as they meander in for breakfast and try to piece together the events from the night before over some eggs. And there’s Lisa with her KitKats for breakfast. There is laughter. There are jokes. And there’s even the statement: “This is the best girls’ trip ever.” Welp, for now at least.