Home Real Housewives of New Jersey News RHONJ’s Margaret Josephs on What Led Up to Nashville Fight With Teresa Giudice, Talks Invitation to Her Wedding

RHONJ’s Margaret Josephs on What Led Up to Nashville Fight With Teresa Giudice, Talks Invitation to Her Wedding 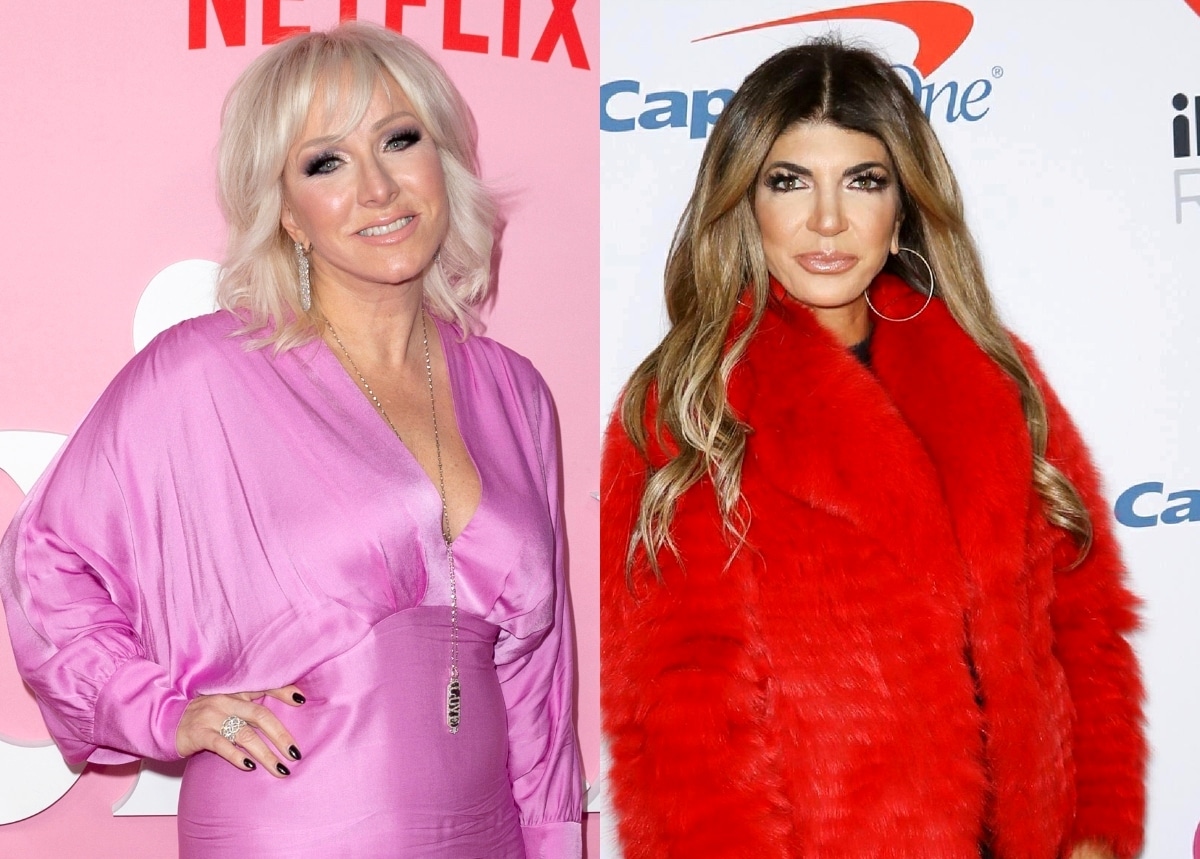 Buckle up, everyone, because according to Real Housewives of New Jersey star Margaret Josephs, fans are in for a “bumpy” and “emotional” ride throughout season 12 of the show.

In a new interview, Margaret gives new details about what to expect from the upcoming season and why tension built up between her and Teresa Giudice about her engagement to fiancé Luis Ruelas.

Speaking to E! News, Margaret gushed, “I don’t know how we keep topping season after season, I can’t believe it myself.”

Of course, that’s not going to stop Marge, who has never shied away from a fight or conflict. Margaret says she has always been 100% herself, and she says her co-stars just aren’t ready to do the same.

“But you know, TMI Marge always is very comfortable being herself,” she continued. “And everybody else I guess isn’t so there’s a lot of secrets that come out some people aren’t too happy about it. So, it’s a lot of deep emotional things. So, it’s a bumpy ride.”

It’s safe to say after seeing the season 12 trailer for RHONJ, a lot of those “deep emotional things” come to a head between Margaret and Teresa’s friendship as Margaret has questions about the “character” of Luis Ruelas. The feud comes to a head on a group trip to Nashville with a full-on food fight between the two.

“What leads up to the scene in Nashville is just a culmination of emotions and misdirected hostility,” Margaret detailed. “Teresa and myself were not too happy with each other at the current moment. I mean, I sat there in wet Spanx. You saw an entire table of food and drinks go on top of me. So, we’re not too happy with each other, there’s obviously drama between myself and Teresa.”

However, Margaret believes that her objections and questions are being misunderstood and it’s because she’s very “protective” of Teresa.

“I think people misunderstand sometimes where I’m coming from. I just say it the way it is,” she mused.

“I think we’re all very protective of Teresa. You’ll have to see but I mean if you read social media, you can see where it comes from,” Margaret explained.

Margaret went on to tell the news outlet that she really is happy for Teresa, but she isn’t holding her breath for an invitation to the couple’s wedding.

“For some reason mine got lost in the mail,” she said jokingly. “I have a funny feeling I will not be there, but that’s OK. Truthfully, I only want the best for her and for her to be happy and that’s a fact.”

While appearing on an episode of S’More Live back in December, Margaret also said, “She’s [Teresa] a grudge-holder. I’m not. But I think we’ll definitely be friends at one point again.”

Of course, “TMI Marge” couldn’t end her interview without throwing a little shade.

“As long as Teresa likes [Luis]…I don’t have to marry him,” she said.

The Real Housewives of New Jersey season 12 is set to return to Bravo on Tuesday, February 1, at 8 p.m. EST.