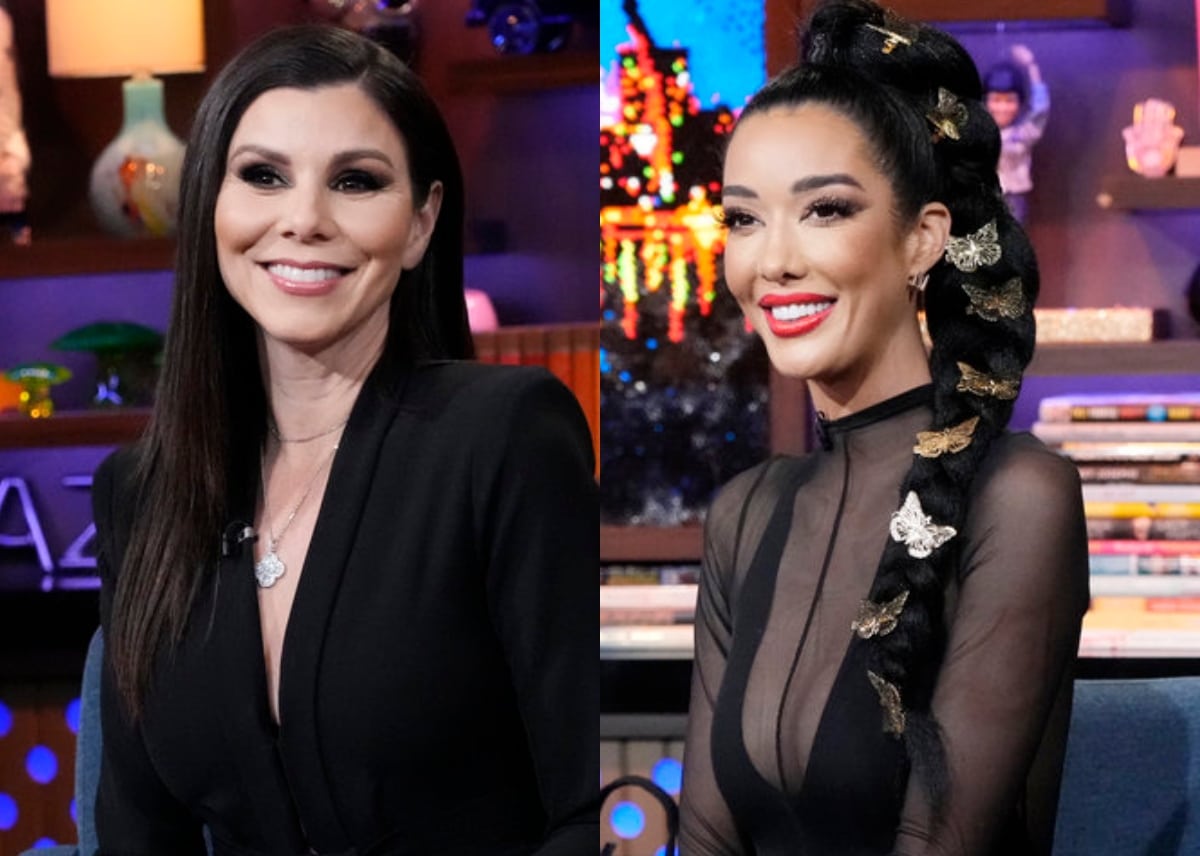 On the latest episode of Real Housewives of Orange County, Noella Bergener accused Heather Dubrow of slamming someone against the wall at a dinner party. While Emily Simpson refused to corroborate Noella’s story, Kelly Dodd tweeted she had proof Emily knew about it.

During the infamous party, Heather was upset because production failed to stop filming, even after she asked them multiple times. At one point she appeared to move the camera with her hand.

On her podcast, Heather Dubrow’s World, the star unleashed her thoughts about the situation, and denied Noella’s accusation.

“I wrote the word ‘frustrated’ on my notes right there. Frustrated. Because that’s how I feel watching this whole episode and this whole thing with Noella and me,” she said. “I feel totally gaslighted and I think so much of it is such f**king bulls**t.”

Heather added, “I just don’t like watching someone be so horrified by something, and two minutes later they totally forget about it because they really don’t care. And they bring it up later because they want storyline.”

She also opened up about her encounter with the cameraman: “I was so frustrated during this whole thing, being told that I physically abused crew members, which never happened. Ever. You see in the footage me going, ‘We’re done. I’m not filming anymore.’ And I take my hand and I go like this to Brad who’s holding the camera. I’m like, ‘Film over there.’ I mean, the camera moves ever so slowly.”

“There’s no pushing, there’s no shoving, there’s no slamming people against walls,” said the star. “It just never happened. But can you imagine how incredibly infuriating and frustrating it is. It’s not like guilty people act. It’s like, ‘Could you just shut up? It didn’t f**king happen. Stop.'”

It doesn’t appear that Heather’s feud with Noella will end soon. Their drama on RHOC has extended onto social media, with both stars going back and forth, claiming the other side is lying.

One thing is for certain: their season 16 reunion will be a wild ride.