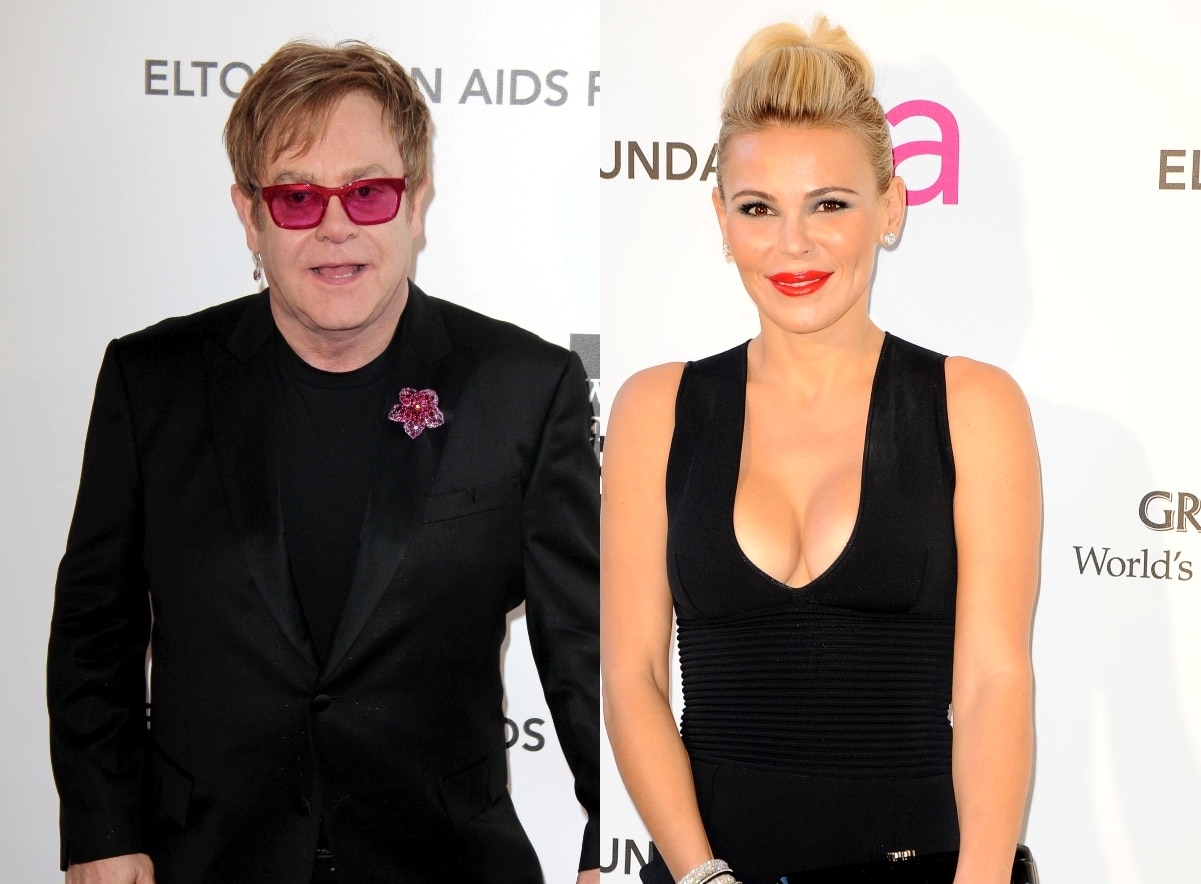 On the latest season of The Real Housewives of Beverly Hills Sutton Stracke and Lisa Rinna have been embroiled in a battle of who got who invited to the iconic and very exclusive Elton John’s AIDS Foundation Oscar Party gala.

Both ladies have come with their own receipts after Sutton blasted Lisa on Watch What Happens Live, saying she got Lisa and husband Harry Hamlin invited as her guests, a claim Lisa vehemently denies and has been getting very messy to say the least.

Though, Sir Elton and husband David Furnish did not comment on whether they were on Sutton or Lisa’s side (As I’m sure they’re not aware nor probably care), they did however, make it known that they are in full support of their long-time friend, foundation organizer, and newest RHOBH cast member Diana Jenkins.

Diana posted a video to her Instagram of Elton and David saying that though RHOBH doesn’t air in the UK, they are fully behind the newbie.

In the clip, David and Elton offer Diana “good luck” on her inaugural season and cannot wait to catch up.

“We’re very sad,” both David and Sir Elton said, “that we can’t be there to see The Real Housewives of Beverly Hills because we’re in England and we don’t get it in England. So, Diana, thank you and good luck tonight. Thank you for all your support and we’ll be cheering from a long way away.”

David concluded, “Thank you, my darling, I hope we can see it soon.”

Who needs housewife friends when you have Sir Elton John on your side?