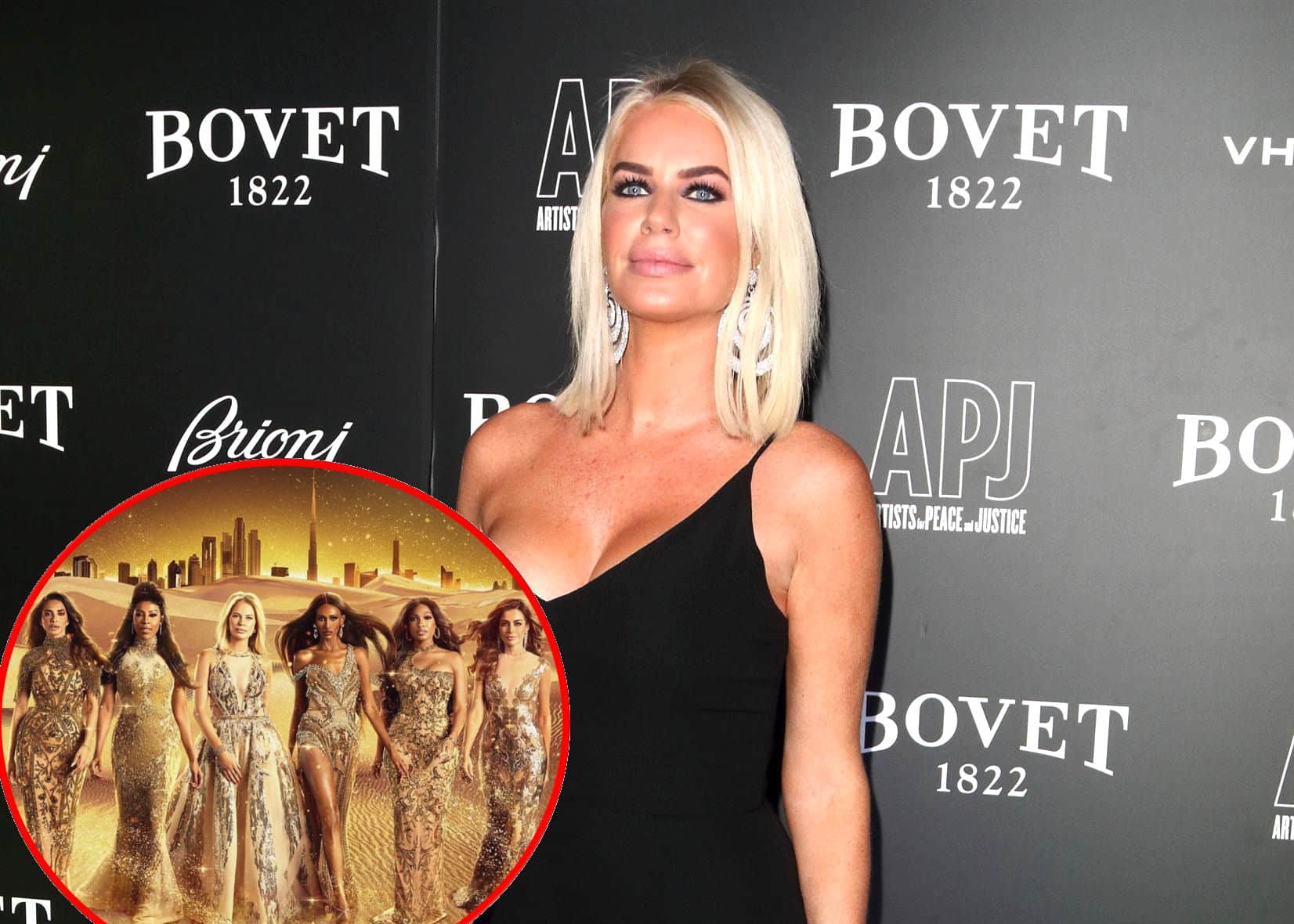 The Real Housewives of Dubai hasn’t even debuted yet, but drama is already on the Dubai horizon as cast member and Ladies of London alum Caroline Stanbury is already in a feud with co-stars Chanel Ayan (who prefers to go by her last name) and Lesa Milan after the duo labeled her as a “snake.”

Speaking to Entertainment Tonight, Caroline says she’s changed, stating, “I’ve changed city. I’ve changed man. I’ve changed life. I’ve had a complete three… what is it? Like, 180? I’m just a different person. Everyone says I’m nicer, believe it or not. Maybe not my castmates…”

The situation all began when Caroline posted the promotional trailer for The Real Housewives of Dubai to her Instagram account and captioned it, “There’s always going to be snakes in the desert, except these ones bite…”

And apparently, this did not go unnoticed or sit right with Ayan and Lesa, who took to their own respective social media accounts to sound off on Caroline’s character and marriage. And they weren’t positive.

Lesa took to Twitter, posting, “It takes a snake to know a snake,” followed by a snake emoji. Ayan commented on this in support, saying, “Always the biggest snakes that hiss the loudest! Her fangs cut deep 😏.”

Ayan took it a step further, continuing to tweet (and then delete) about how much of a snake she thinks Caroline really is.

Ayan posted, “She is definitely the snake in the desert, Caroline Stanbury, that bites hard,” and, “I am angryyyyyyyyyyyyyyyyyyyyyyyy.” She then continued by saying, “She slithers, she slides around. I think it’s just because of the comment that she had put out, and I’m the type of person that just says what is on my mind and I just go for it sometimes without even thinking clearly. So, I just say how I feel at the moment.”

Caroline, however, doesn’t seem to understand how she came to be the villain in this arc.

“I don’t know why they called me a snake, to be honest,” Caroline fired back. “I feel like I’ve taken quite a lot from them over the past however long. And maybe now I’ve just decided I’m not going to take it anymore and they don’t like that. I’m very happy in my friend group, and I have a very strong connection to the other ladies. And I think at some point you have to say, ‘Enough!’ And when you do hear things about your husband, your work, your this, your that, I wonder, who is the snake?”

Speaking of her husband, the RHODubai stars have also made comments about the nearly 20-year age gap between the couple, questioning how real their marriage really is and calling it one of “convenience.”

Caroline responded to those allegations by saying, “Yawn. I’ve been with him three years. I don’t know how convenient, when he lived in America, it is to move across [the world] when you know nobody. And he is living with my family. My family loves him, we love him. And I think when you know us, you understand us.”

Still, Caroline claims she didn’t even feel the need to get married, but her now-husband, Spanish soccer star Sergio Carrollo, was the one who wanted to be legally married. Caroline refers to him as the lover of love cartoon character Pepe Le Pew, and she says he is just extremely romantic.

“In my mind, I would’ve had no marriage. I’m fine. I’m good,” Caroline stated in the premiere’s first look. “[But] so many people think he’s a toy-boy, you know what I mean? So I think for him, to validate himself — ‘I’m a proper person, I’m not her toy-boy…’ I think that’s really noble of him.”

She continued by adding, “I don’t know if you’ve ever seen that cartoon, Pepé Le Pew? He’s Pepé Le Pew. And I’m always the first to go, ‘Give me a minute. Give me a second.’ But I wake up like that when there are no cameras, I go to bed like that. I’m like, ‘Please, back the f**k off.’ But he can’t and it’s very sweet and it’s endearing. And why are we as a society trying to bash that out of him?”

Caroline concluded by saying if you’re not happy with the life you’re currently living, then, “Move!”

“If you don’t like where you are, move! I took a chance. I moved to the Middle East. I met the man of my dreams. I’m very happy. He doesn’t look maybe the way you all feel comfortable with him looking, but we are happy.”

The Real Housewives of Dubai premieres on Wednesday night, June 1, at 9 p.m. EST on Bravo.