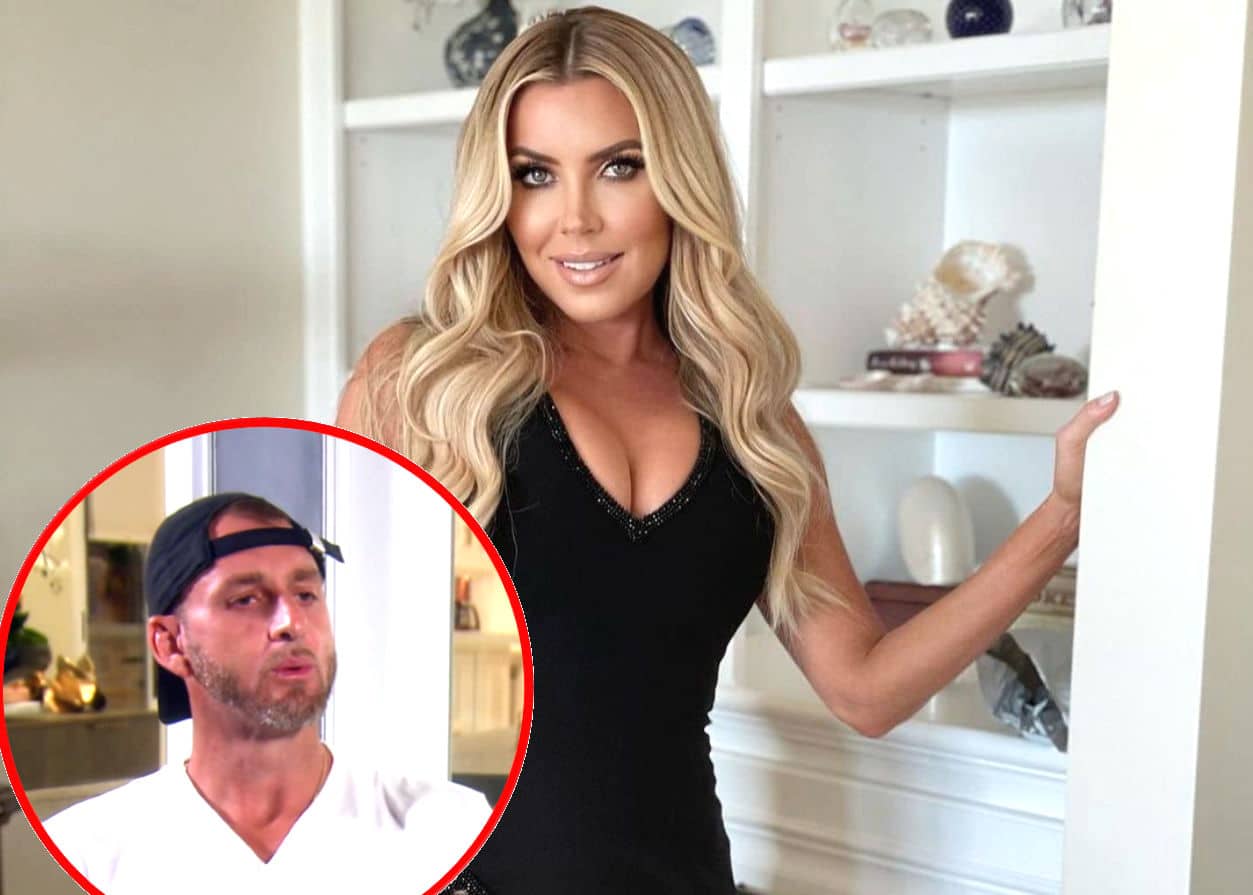 Will they or won’t they?

The strange divorce of Dr. Jen Armstrong and Ryne Holliday has been a subject of debate. Not long after Jen filed for legal separation, sources declared they were working on the marriage. The mystery shrouding their on-again-off-again relationship has also been discussed by Real Housewives of Orange County castmates — past and present.

Kelly Dodd publicly insinuated that Jen orchestrated the separation as a stunt to get her contract renewed. Earlier this month, however, news of her firing hit the headlines. As of now, the mother-of-three will be replaced by Tamra Judge.

During a recent interview on the Behind The Velvet Rope with David Yontef podcast, Jen gave an update on her relationship with Ryne.

“It changes… You know, we’ve been together 12 years. I think that that’s a difficult thing just to cut ties. And especially when you have three children and a puppy, but what do they say? It takes seven times to leave someone,” she said. “I don’t know. I don’t think that it’s an amazing relationship right now and makes me want to cry. So I’m trying, but it is very up and down.”

Are they still getting a divorce? “We, so I filed for divorce. I filed for separation. And then there was something gnarly that happened. And then I changed it to divorce and we were living separately,” she answered. “And then I went to Mexico for this charity, came back and he was like, ‘Please come, can we go to counseling. Can we try?’ And so for the last couple of weeks, we’ve been doing that.”

As if to make it more confusing, Jen added, “But then I think that as of yesterday, we’re now separated again. So I don’t know. I don’t know how much you’re supposed to try. I’m not, I just kind of want to move on. Today. In this hour right now I would like to move on… I’m not happy in this current relationship.”

She explained, “[Ryne] will be all about [wanting to make it work] and then disappear in the next [moment] and blame me. And how many times can we go in the same cycle? Yeah, if I knew the answers, I’d be a therapist, but I don’t.”

“Well, he’s kind of that personality anyway,” said Jen. “He’s very much an introvert and I don’t want to speak poorly cause we’re, you know, separated, but it’s not the TV person. He can be so fun and charismatic and I wish that side… came out on camera. But it, I mean, I think it just freaked him out, like deer in headlights.”

How did Ryne react to Jen’s firing?

“You know what? It’s interesting because we are having all these problems right now. But I was, I did cry afterwards, like the next morning, very early. And he was so sweet about it. He was just so nice about it. I go and I was like, ‘I bet you’re so happy,'” she recalled. “He was like, ‘No, I haven’t thought of myself yet. I think that if you want something, you should fight for it. And if you know, you should do it. Do it if you want to.’”

“I thought that was really sweet,” Jen shared. “So that was actually a positive on his end.”

Only time will tell if the couple remains together. If Bravo’s ‘marriage curse’ is real, perhaps her firing is a good omen should she choose to stay. If the divorce is finalized, however, she’ll join the ranks of over 30 other Housewives whose marriages crumbled in the midst of stardom.