‘RHOBH’ Sheree Zampino Talks Accidentally Offending Lisa Rinna, Plus She Defends Diana Jenkins and Shares Who Surprised Her Most 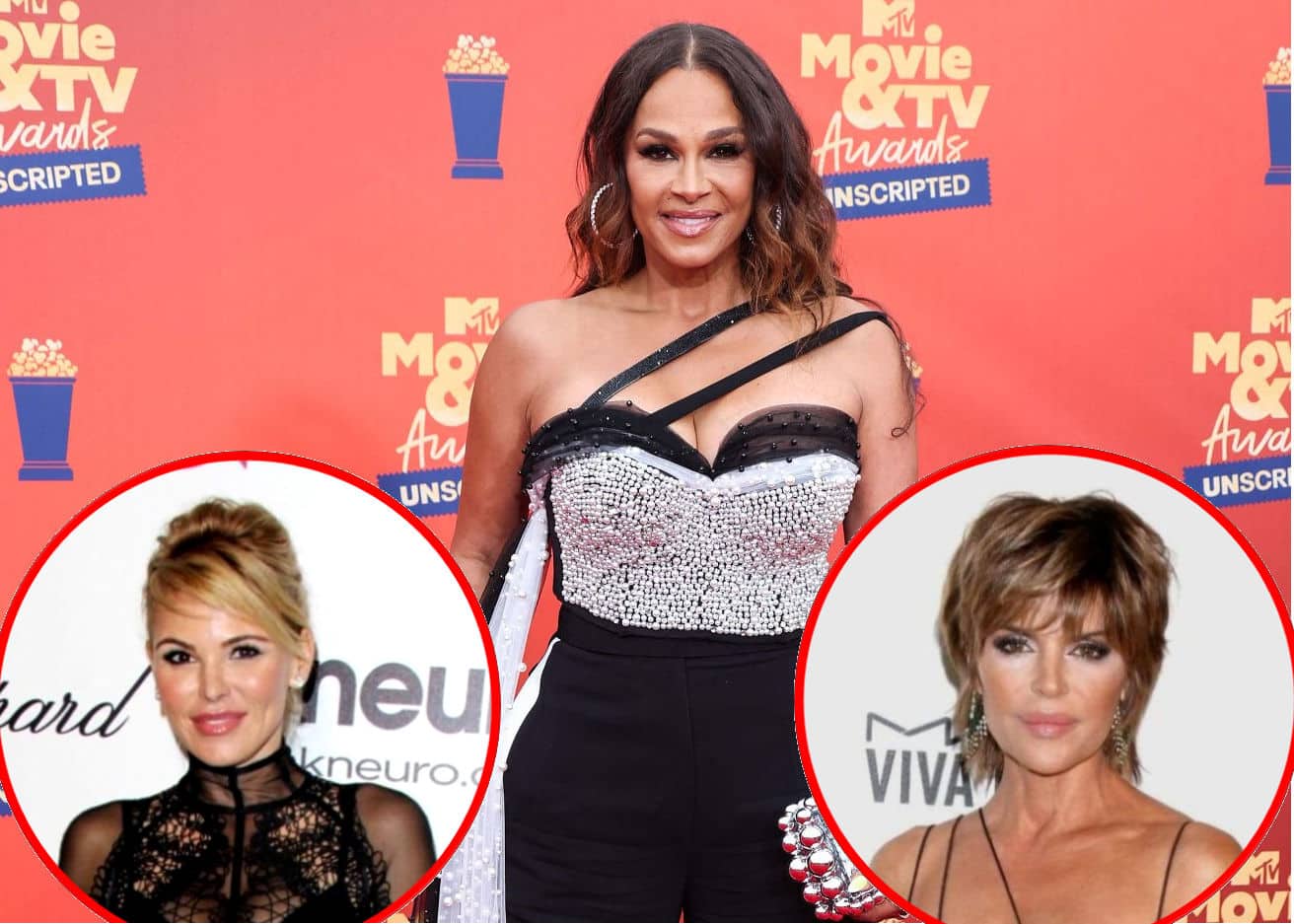 Real Housewives of Beverly Hill’s newest “friend of” Sheree Zampino has just completed her first season on the show, and it was full of eye-opening surprises, according to the star.

Speaking with David Yontef on the Behind the Velvet Rope with David Yontef podcast, Sheree revealed she was initially offered a diamond as a full-time housewife, but she actually preferred being in a “friend of” role as it allowed her to get her feet “wet” and have a good time.

“The pleasant surprise for me with the Housewives is they, when we were talking, it was actually to be a full cast member. It was to have a diamond. And then they offered me a position as a friend, which was a blessing, a true blessing for me because it gave me the opportunity to get into it,” Sheree revealed.

“So, I’m grateful that I was able to come in as a friend and kind of get my feet wet and get the rhythm and get a little bit of understanding because it wasn’t invasive. It wasn’t intrusive.  I don’t even have a storyline. I’m just, where’s the party at you tell me. Okay, I make up my little self and go to the party. You know? So, this for me was the ideal way to come into the, to the franchise.”

Sheree also shared that Erika Jayne surprised her the most, and she respects that Erika is “honest” and “transparent” — contrary to public opinion.

“What I felt she was when I was actually in her presence and doing. I, I liked her. I respect, I respect her. I respect somebody who is honest and who’s transparent and who’s like, this is what it is and puts it out there. And then I also like the fact that she takes responsibility, you know, I like if she, if she offends somebody or she says, she will apologize, she will. That’s what I saw. That was my experience,” Sheree shared.

The RHOBH newbie also went on to reveal a moment where she hilariously unintentionally offended co-star Lisa Rinna after calling her a “grandma” while baking cookies for the cast.

“Lisa, it’s funny. Cause I saw a side to her that I thought was so maternal, you know, I mean very maternal,” Sheree shared. “She baked, she was making cookies for us. We were at her house, you know filming and she’s making cookies and she’s running around, you know, with her little hair and, you know, bouncing around, making sure everybody’s, you know, cup is full and, and, and, and they have enough to eat and like the cookies are coming out. And I was like, oh my God, like, she’s like a grandma. You know, because for me, my grandmother was so nurturing. Like I just think of just that energy to take care of everybody. And I said to her, I said, oh my God. I said, you’re a grandma in a Hottie body. And she did not take kindly to that because, and I said, oh my God, no, no, no. I said, I mean this, I mean this as a compliment. I mean, I guess you hear the word grandma, and you know, instantly you think somebody is calling you, I don’t know [someone] old.”

So, how does Sheree feel about the show and ladies now? She says she had no idea what BFF Garcelle Beauvais was throwing her into.

“I had to remember that I’m actually here filming. You’re not home. You’re not watching this. Not like you put some virtual reality on. You are here. And it was like, cause I was just like, like, like sitting with my mouth open just the way I do at home sometimes with the shenanigans. And it was just like, are you kidding me? And one of the things with Garcelle, I would always say to her is what the hell? What the hell, you go got me into woman?” Sheree jokingly said.

Sheree said she has no regrets joining the franchise as there’s no “other platform” for women that’s like the Housewives, and she’s grateful to be part of the show.

“There’s no other platform like the Housewives franchise on TV. There’s just not, not for women. So, so I know the benefits of it. What is like reality TV? Like what the heck? You know? So anyway… I had other people that kind of were praying with me, and we were talking, and they had the same confirmation that I had. So, I’m like, okay. So, when they said friend, I was like, Hallelujah. Hallelujah.”

Sheree went on to say that as a self-proclaimed “Housewives Junkie,” she was “pleasantly surprised” by the cast.

Sheree also defended Diana Jenkins, stating that she’s not as bad as she comes off on the RHOBH amid criticism that she only cares about money.

“I thought it was just in my experience, it was just the opposite, you know? And sometimes when you come in and you know, when you’re hundreds of millions of rich, people already have preconceived notions about you. Because in, in, in many respects, you’re, you’re, you’re unrelatable. To most people you’re going to be unrelatable, but she’s just, you know, she, I just thought she was just, like I said so real and she, she has it, but it doesn’t have, it doesn’t have her,” said Sheree. “She just shows up. And I thought she was very authentic and very real. And she’s the kind of person you’re going to know exactly where you stand. I like that.”