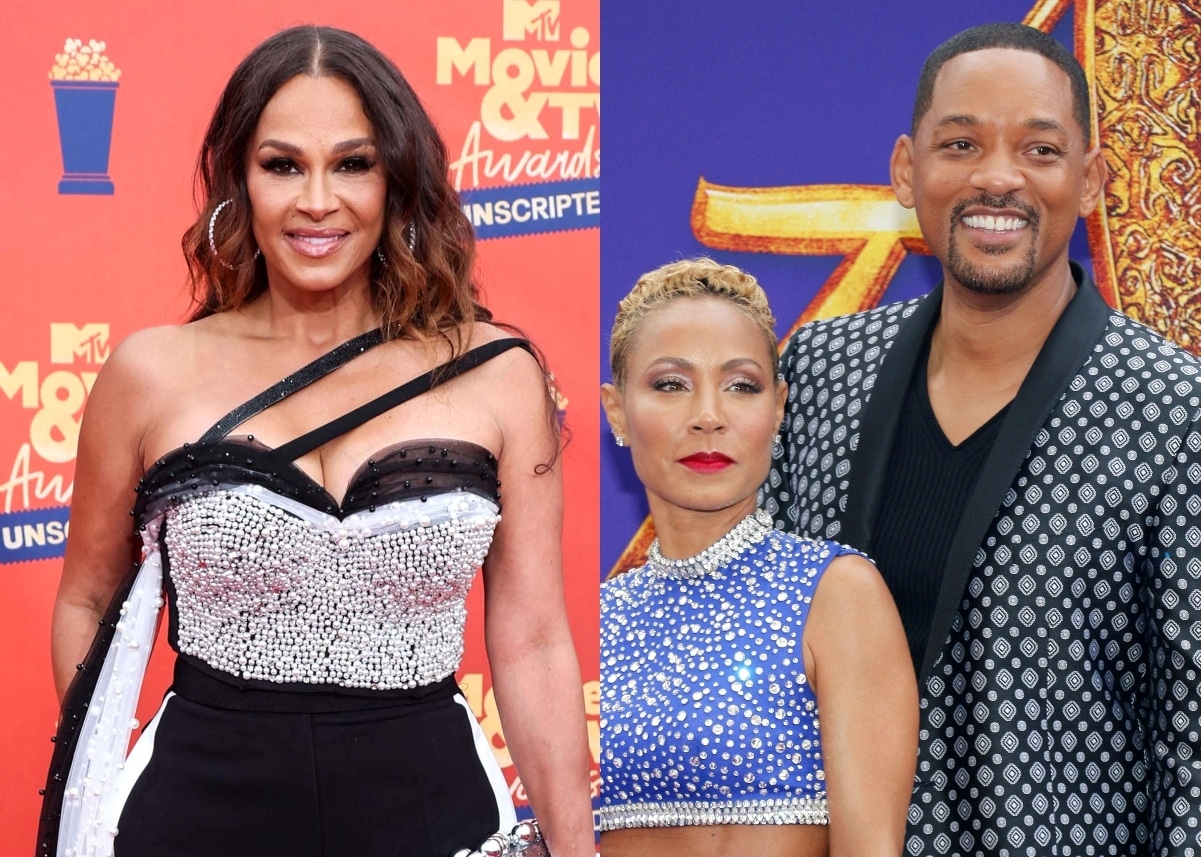 The Real Housewives of Beverly Hills newest “friend of” Sheree Zampino is revealing how she, ex-husband Will Smith, and his wife, Jada Pinkett-Smith, successfully became one great family when it comes to co-parenting. But it wasn’t always that way.

Sheree opened up on the Behind the Velvet Rope with David Yontef podcast about the difficult road to finding everyone’s role within their new family dynamic after she and Will divorced in 1995.

Sheree said it wasn’t “pretty” or “easy” as the two share a son, Trey, and Will and Jada share son, Jaden and daughter, Willow. Finding the right dynamic didn’t come naturally, Sheree said.

“[We have] three different dynamics, three different personalities and [three] different belief systems,” Sheree explained, adding that “there were times” when they would all disagree on how to co-exist.

However, Sheree came to realize that it wasn’t about her anymore — it was about the children. She went on to explain that as long as Jada was good to her child and vice versa, what is there to be mad at about?

“My thing was with Jada — it was like, as long as she treats him well, we’re good,” the RHOBH star said. “Then, sometimes, moms get jealous. It’s like, ‘I’m getting jealous over another woman cause she’s treating my child right? What? That’s insane! Don’t you want her to treat your child right?’”

Just as Jada “loves” Trey, Sheree explains she does the same for Willow and Jaden, reiterating that it is always about the children and their happiness and ability to co-exist.

“[When] Jaden comes along, then Willow. It is about these babies. So how do we do this where we honor them and we put them first and we don’t deprive them of any good thing,” Sheree expressed, explaining that “the good thing” she was referring to were the kids’ relationships with each other and with all three parental figures.

Sheree concluded by saying that though “she doesn’t know how” the three parents got on the same “frequency,” she’s grateful for it.

“I’m grateful that we were kind of all on the same frequency and the same page to really want to do that, which is probably why we are called to one another in this space,” she said. “Anybody could have been Trey’s mother. Anybody could have been Jaden and Willow’s mother. But the fact that He picked the three of us — He being God — I think that’s why we were able to do it and show the world.”

Even when the times get a little tough, Sheree says the trio always “get back on that horse.” Because “it’s about the family. It’s about the kids. We have a responsibility to them.”