RHONJ’s Teresa Giudice Reveals if She Disinvited Ramona Singer From Wedding, Says She Cost Her a “Lot of Money” and Needed ‘Extra Security’ For ‘Crazy Exes’ After Invitation Leak 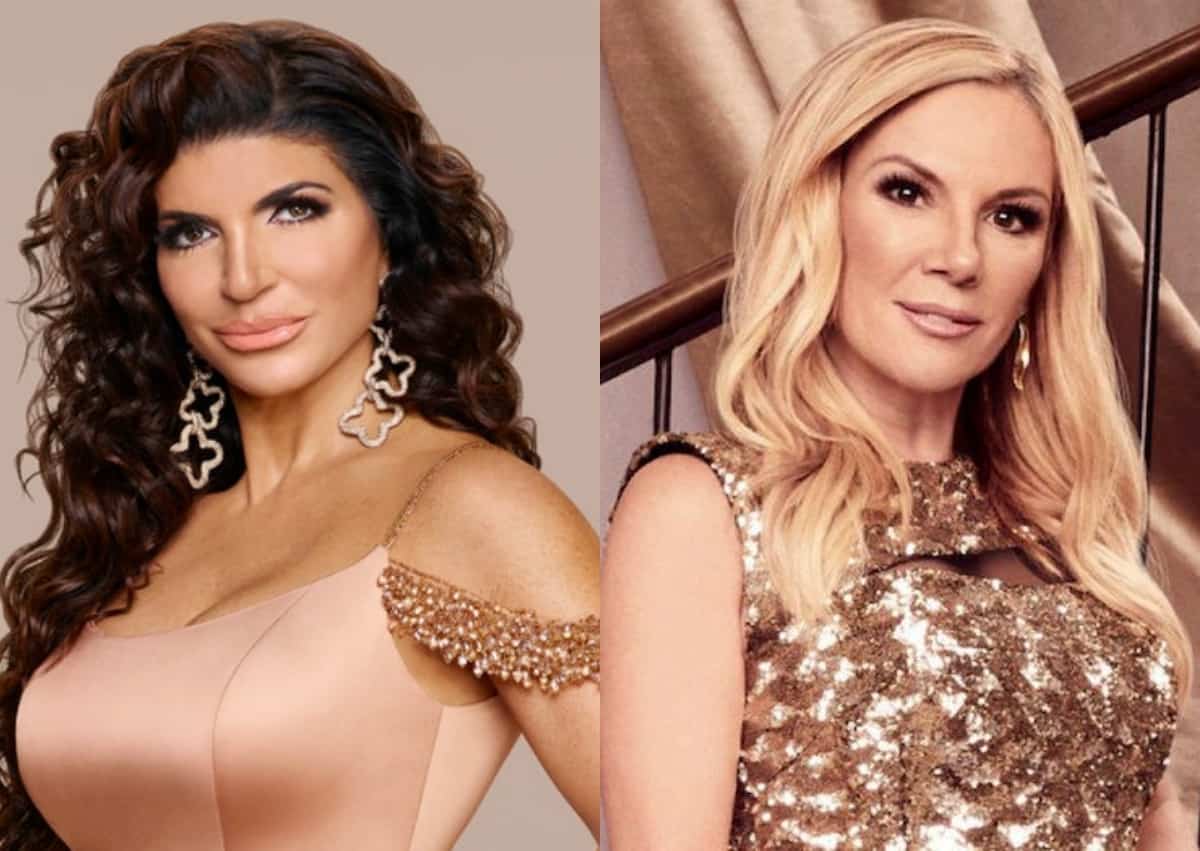 After Ramona Singer was mysteriously absent from Teresa Giudice’s wedding, fans began to wonder if the Real Housewives of New Jersey bride had bumped her off the guest list.

Ramona, a longtime castmate on Real Housewives of New York, had recently put her ‘foot in her mouth’ (a phrase she often uses to explain her actions) and accidentally leaked Teresa’s wedding invitation online.

During a recent public appearance, shared by LoveAndyC via Showbiz Cheat Sheet, Teresa shared how she learned about the leak: “I get a phone call from someone [saying], ‘Do you know your whole invitation is on Instagram?’ I’m like, ‘What?’ They’re like, ‘Ramona, it’s on her story.’ I was like, ‘Are you f***ing kidding me?’ All of a sudden, I’m like, looking at my phone because we went to the Ultimate Girls Trip together. And I can’t find her freaking phone number.”

Teresa went on to say, “So [Dorinda Medley] sent me her phone number and [Ramona] answers… I’m like, ‘Ramona, why did you put my invitation on your story?’ She’s like, ‘Oh, my God, oh my God! What did I do?’”

Though the invite was up on Ramona’s Instagram for no more than an hour, Teresa was forced to deal with the fallout. “It was on for a half hour, so thank God nothing happened. I mean, Ramona did cost me a lot more money,” Teresa admitted.

Although Teresa didn’t disinvite Ramona, the bride wasn’t upset by her absence.

“I would never uninvite her,” Teresa expressed. “She just responded she couldn’t come.” Dorinda, who was also present at the event, claimed Ramona missed out on a good party. “Yeah and I don’t care,” said Teresa. “Listen, whoever wanted to be at my wedding was there.”

In a previous interview with Showbiz Cheat Sheet, castmate Dolores Catania said Teresa was furious after the leak. “Look at what Ramona did,” said the star. “Posting the wedding invitation that Teresa had sent out. So picture like a cake box. All flowers and a Lucite wedding invitation on the top. And then they had to re-send them all.”

Dolores continued, “She was so f***ing mad.”