REPORT: Vicki Gunvalson Invited Back to Shake Up “Slow” RHOC Season 17 as Filming Details and Status on Show Are Revealed 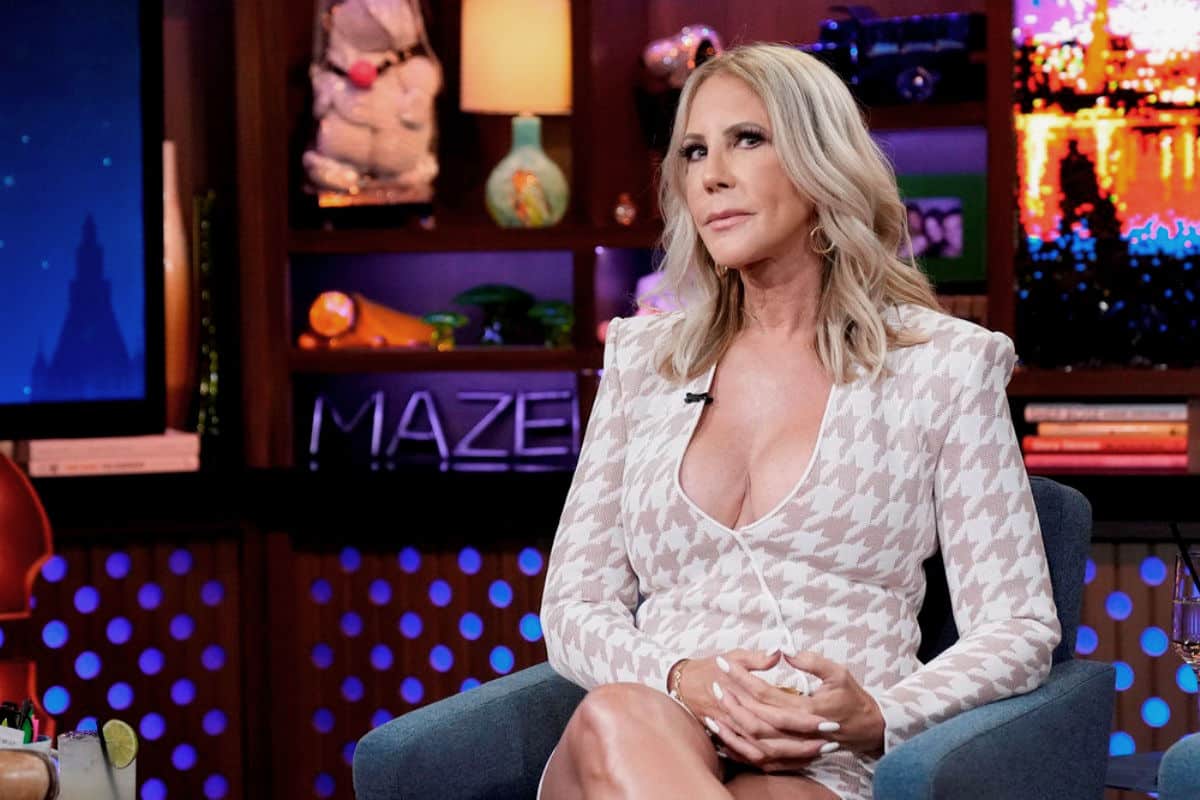 Earlier this week, Vicki Gunvalson was spotted at a restaurant with former costars Tamra Judge and Shannon Beador. Though the photos revealed no camera crew, it was alleged they were filming for the current season.

Though Tamra was recently asked back to Real Housewives of Orange County, Vicki never got the offer. It was also reported that the ‘OG’ wasn’t interested in filming as a ‘friend.’

However, sources who just spoke with Radar Online revealed that Vicki indeed appears in season 17 of RHOC. The insiders also gave details regarding her filming.

The star was brought on for a lunch scene, in order to shake up a “slow” season, which recently began filming. According to the outlet, however, Vicki will not appear in each episode. As of now, her filming has only been confirmed for that scene.

The ‘Tres Amigas’ had major tension after Vicki and Tamra departed from the show. At the time, the alums claimed Shannon ditched their friendships once the two stars were fired.

“As soon as we’re not on the show anymore, she just doesn’t have any time for us anymore and it really just kind of hurts my feelings,” said Tamra in 2020, per Radar. “It came to a point where me and Vicki really went through some hard times, when neither one of us were gonna go back to the show, we really went through, what is our identity? Who are we? … I just kind of felt like I never got that, like, ‘How are you doing? How are you feeling?’ kind of thing.”

Shannon, however, didn’t co-sign on their claims.

“I dispute what they’ve said,” she clapped back. “I am not the person to sink down to a level to argue with people — that I consider close friends — in the press or on social media. That’s not who I am, that’s not what I’m made of, so I just feel like I have a little bit more decorum than they do. I don’t wanna engage with them, except to say that the things that they’ve been saying, especially Tamra, it’s a laundry list of things that aren’t true.”