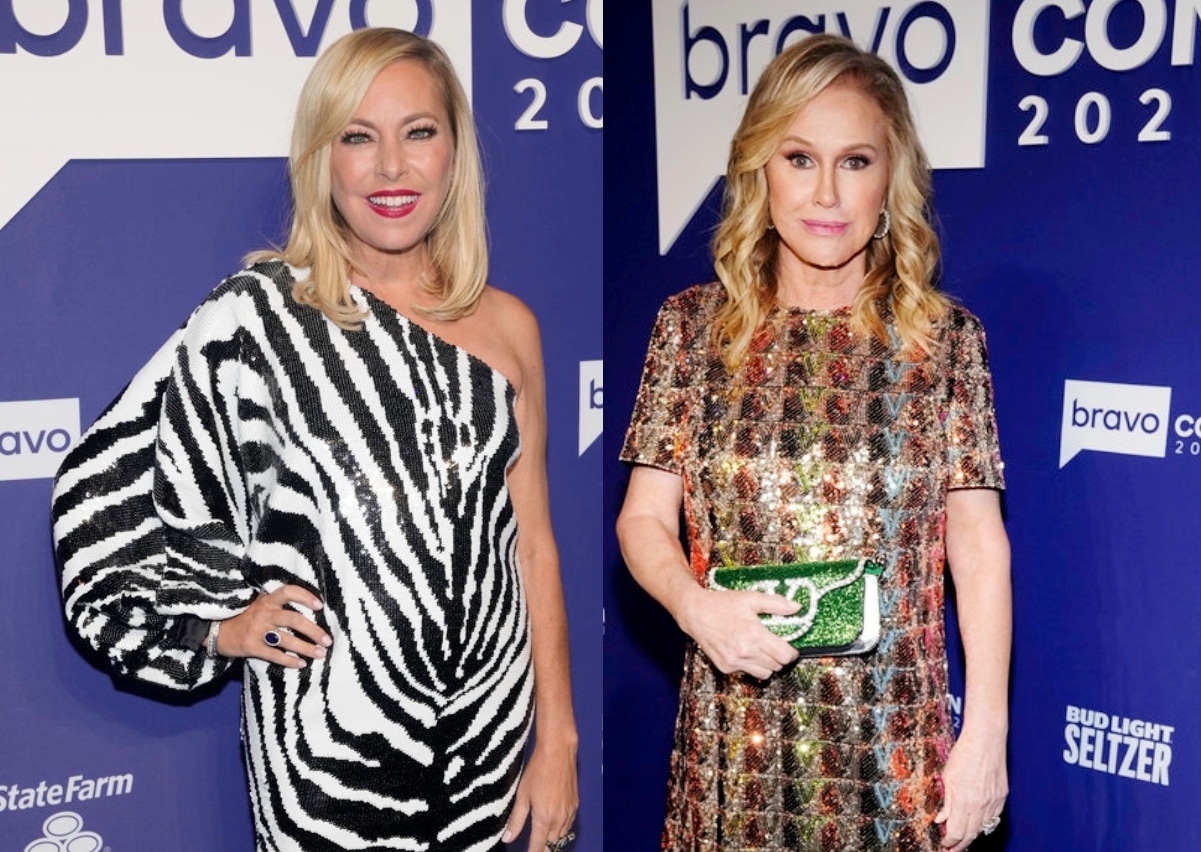 Real Housewives of Beverly Hills‘ resident southern belle Sutton Stracke usually likes to play it nice. However, in response to the ultimatum fellow castmate Kathy Hilton recently issued to Bravo, Sutton is insinuating Kathy may be getting too big for her Guccis.

Fans know all too well that Kathy has said she would refuse to return for season 13 of RHOBH if the cast were to be the same, and notably if enemies Lisa Rinna and Erika Jayne were still on the roster. Sutton told Page Six that she doesn’t believe Kathy has that kind of clout.

While attending the American Ballet Theatre Fall Gala, Sutton told Page Six, “I don’t think any of us have that kind of capability. I don’t want to do anything like that—it’s like playing God.”

Sutton has seemed to move on from the chaotic kerfuffle of the three-part season 12 reunion special, which both viewers and cast have deemed the “darkest” ever.

“[I feel more] relaxed,” Sutton said, adding that she and her RHOBH bestie, Garcelle Beauvais, are “trudging along with their lives.”

“Garcelle and I had a turbulent season, but we came out really strong,” she said. Though the two are standing as a united front, both Garcelle and Sutton have recently unfollowed Lisa Rinna as they’ve had “enough” of her antics. It may not be an exact cosign to Kathy’s claims, but perhaps it’s a way of trying to help sway Bravo’s decision for season 13.

Kathy, on the other hand, has come out in the press saying that she believes none of the women — and not just limited to Kathy or Erika — are being their most authentic selves when pressed by certain “bullies” on the show.

“If it was completely the same, absolutely not,” Kathy confessed in her original ultimatum to TMZ. “Because I feel there are two bullies that intimidate a lot of the other girls. [They are] not being their authentic self when they’re pushed up to the wall,” and they are “afraid” of “those two bullies.”

It’s unclear where any of the cast stands ahead of season 13. Fans have blamed Erika and Lisa for orchestrating an attack on Kathy, and Kathy herself has suffered numerous rumors of “psychotic breaks, meltdowns,” and she allegedly usually a “gay slur” (according to Erika).

On Thursday, an insider close to Erika stated, “Erika cares deeply for the LGBTQIA+ community.”

“They have been by her side since the very beginning of her career, even before ‘Housewives.’ She had no other choice but to say something and take a stand,” the insider added. “She wanted to make a statement: No one on her cast is going to attack the LGBTQIA+ community and go unchecked.”

Kathy has denied all allegations. No casting announcements concerning Real Housewives of Beverly Hills have been confirmed nor denied by the Bravo “Gods” either.