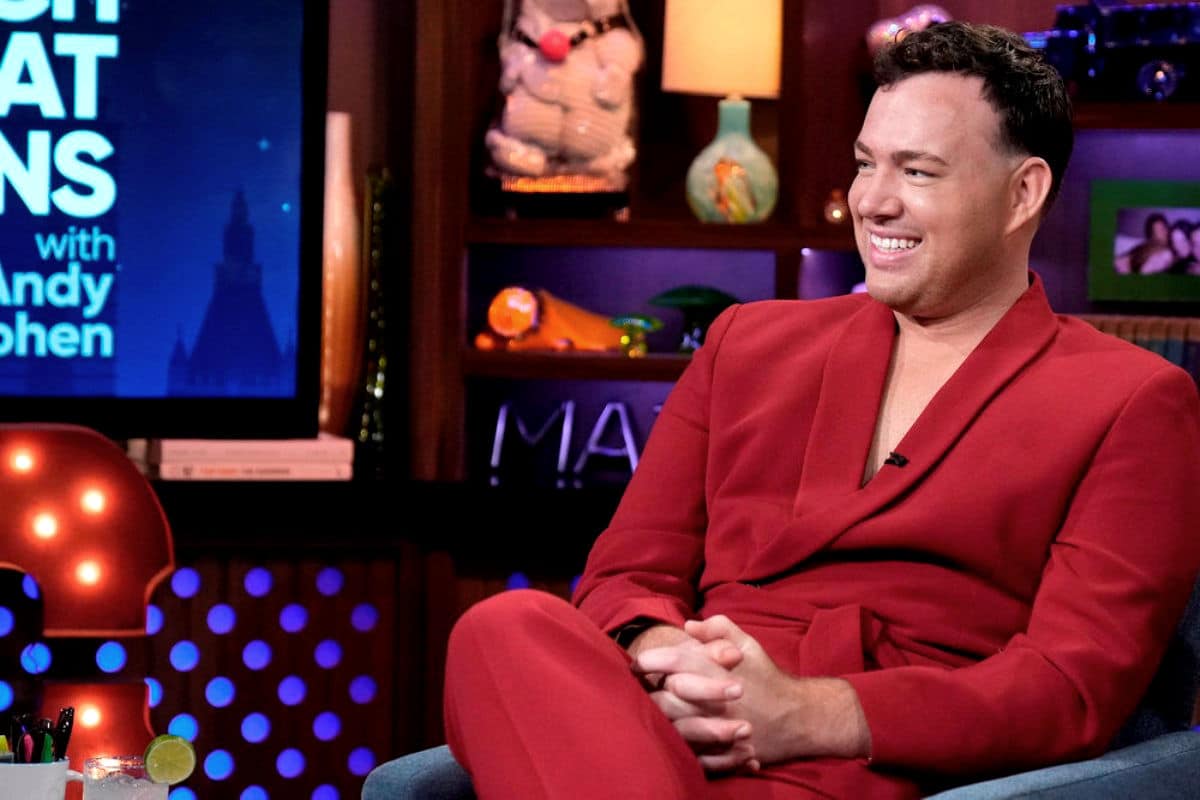 Below Deck Mediterranean is one man down after second stew Kyle Viljoen suffered a serious injury that ultimately caused him to be relieved of his duties.

Speaking with Showbiz CheatSheet, Kyle recalled his tumultuous fall down a flight of stairs that left him with “stretched” ligaments that required a lengthy bed rest. Rather than worry about himself, though, Kyle claims that he was more concerned about the extra workload that would be put on chief stew Natasha Webb and fellow second stew Natalya Scudder.

“According to the doctor’s diagnosis, I could not be on my feet. My only thing is, ‘How can I leave my girls?’ How can they go into 20 hours of work time and longer to make it happen for me?” Kyle asked.

Kyle said he knew in that moment that his only option was to leave the boat after the current charter to make sure someone new could come in and help the struggling crew. Still, according to Kyle, Captain Sandy Yawn desperately tried to pull every trick out of her hat to help him stay.

“I knew deep down, we had no space on board for extra help,” Kyle explained. “So, if we bring another person on, where is he or she going to sleep? I’m the only one who can relieve a bed space for this individual, so it meant I had to get off, number one.”

“And number two, I can’t fully operate,” the second stew recalled. “I’m a safety hazard right now on board. If we have to have an emergency evacuation with the guests on board, the main focus is going to be on me as opposed to the guests trying to get me up those stairs and onto a boat. So, it’s a lot more factors that were taken into consideration.”

Kyle recalled that after making his decision, Captain Sandy was “genuinely heartsore.” He added, “People did not see this behind the scenes. She was trying to do everything she could to try to make it possible for me.”

On a lighter note, Kyle touched on his and Natalya’s “brother/sister” relationship and their constant bickering. Kyle told CheatSheet that he thought that right after he fell would be the perfect time for Natalya to get her revenge on him.

“Me and Natalya are just currently going through this argument, but now I’m at the point where I need assistance. I was like, ‘Put that aside, call upon the Natalya.’ I thought she was going to come up these stairs and probably kick me while I’m down, this is the perfect moment for her to get me. But she was there to show me love and call upon for a medical emergency.”

Kyle remained on board for the remainder of his final charter, and at the tip meeting, Captain Sandy said that Kyle was being “replaced” and not “fired” from his position.

This makes Kyle the first yachtie in Below Deck history to be replaced due to injury.

Below Deck Mediterranean airs Monday nights at 8/7c on Bravo.