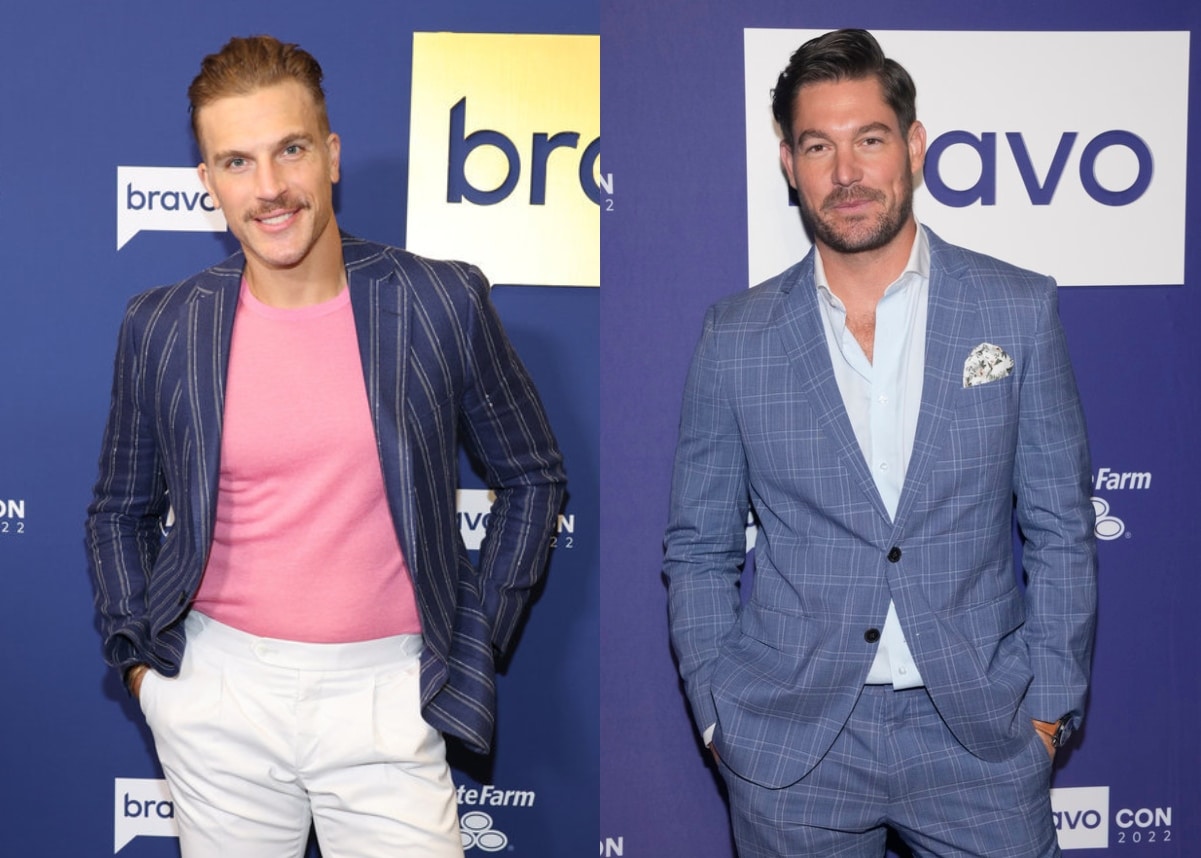 Winter House stars Craig Conover and Luke Gulbranson are not the best of friends, that’s for sure. But apparently, the beef between the two has moved into a more serious zone. Recently, Luke suggested that Craig is responsible for leaking negative rumors and stories to gossip sites about him and the show.

During the second season of Winter House, things became extremely strained between Luke and Craig. Craig accused Luke of getting too “touchy” with girlfriend Paige DeSorbo and castmate Jessica Stocker. Per E! News via Heavy, the exchange blew up to the point where Craig physically threatened to throw Luke “out the window” for allegedly making the women in the house “uncomfortable.” “Stop touching girls without them saying they want you to touch them,” Craig yelled at Luke. “It’s making everyone here uncomfortable.”

Luke eventually left the house for a bit to cool down after the animosity and threats, but here’s where things get interesting. Before the season and the episode in question even aired, a “source” revealed a blind item to gossip account Deuxmoi, claiming a Bravo “f**k boi” had been sent home for “sexual harassment.” 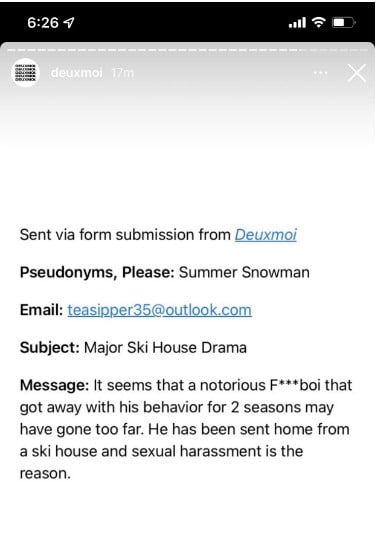 Luke insinuates that the mystery poster could very well be Craig and revealed his reasoning.

During a taping of Watch What Happens Live, Andy Cohen, who admitted to hearing the rumor, straight out asked Luke which “housemate” he believed was behind the drama, as it was leaked before Winter House had even aired.

“I’m not gonna accuse anybody, but if you connect the dots, maybe there’s something there. When I came back to the house, we had gone out to a bar and Craig pulled me aside and said, ‘Luke, you know nothing leaves the house. You know it’s a safe place, nothing ever leaves here, we’re all cool, we all love each other.’ I thought that was weird,” Luke responded.

He then added that Craig’s words were in direct conflict with his actions.

“And then when we were going home, we were waiting to go to the house and [Craig] said, ‘Let’s go outside and take a picture, you, me, and Kyle [Cooke],’” Luke elaborated. “And he posted it on Instagram. And you’re not supposed to post pictures on Instagram [during filming] so people know who’s there and not there. So, he got in trouble for doing it and was asked to take it down. But why would he do that? And why would he say those things to me? So, I’m not accusing, but… I have an idea of who I think it was.”

On the Watch What Happens Live Aftershow, Luke also had a message for Craig regarding his threat to toss him out of a window.

“I think the best way of putting it is I mean, I was a little surprised,” he said before delivering a threat of his own. “I’ll never start it, but I’m pretty sure I’d finish it.”