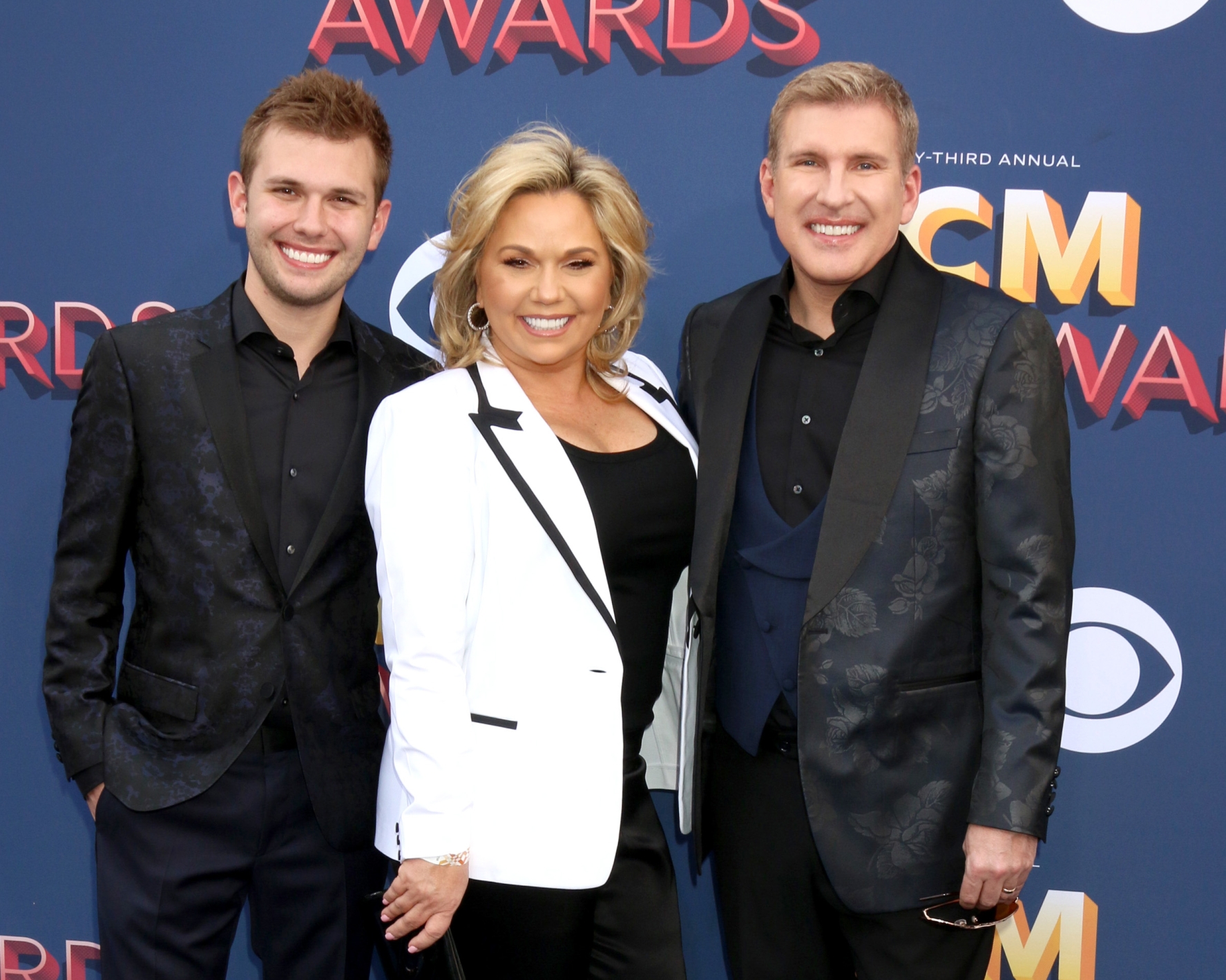 After being convicted of tax fraud, Todd and Julie Chrisley were sentenced to a total of 19 years in prison. Todd received a 12-year sentence while his wife received seven years.

The couple, who stars in USA’s Chrisley Knows Best, share three children together: Savannah, Chase, and Grayson. Savannah recently indicated that she’ll have custody of Grayson, who is still a minor.

Not long after the parents’ sentencing, Chase shared an anecdote that was posted by @royaleyez on Instagram.

In the reposted anecdote, the writer discussed a friend who had “unexpectedly lost his wife.” During a game of golf, the friend asked about dinner plans, and the writer answered that his own wife wanted to have chili, but he wasn’t in the mood to stop by a store to purchase ingredients.

“We golfed a few more minutes when [my friend] quietly said, ‘Make the chili,’” wrote @royaleyez. “It took me a few minutes to realize we were no longer talking about dinner. It was about going out of your way to do something for someone you love because at any moment, they could unexpectedly be taken from you. … Next time someone you love wants you to go for a walk or watch a football game or play a board game or just put your phone down and give them your undivided attention, just do it.”

Recently, the couple’s former daughter-in-law Alexus Whilby – who was married to Todd’s son Kyle, who Todd shares with ex-wife Teresa Terry – suggested Todd tried to pressure her in an attempt to discover who was leaking financial information.

“During the time when Kyle and I were still married, Todd had his attorneys come to my place of business, to my home, and threaten legal action, trying to pressure me to sign this legal document saying I was not an official informant, all in a bid to find out if I was,” said Alexus to Daily Mail, via Cinema Blend.

According to the outlet, Alexus suggested the allegation made her uncomfortable, and she chose to not sign any documents. Eventually, the 31-year-old indicated that Todd wanted her to lie.

“He was trying to put me in the light of being the one who had done the damage [to him and Julie]. He was trying to smoke me out and then have me change everything around. Lie for him,” she said. “That’s what it was about, that’s what he wanted us to do. I could see how that pressure could make you fold, but I stood on, ‘No, I’m not going to do it.’ I stood up for what was right, and he came for me big time.”

The outlet also mentioned that Alexus was pressured to involve herself in a 2019 legal situation. During this time, Todd accused chief law enforcement officer Josh Waites from the Georgia Department of Revenue of working beyond the law to pursue the case against them. The officer’s findings were allegedly crucial in indicting the couple.

While on the stand, Todd’s former business partner Mark Braddock claimed he and Todd had an affair. He also alleged he paid off an extortionist, who was trying to blackmail Todd with the information. The couple’s attorney, however, denied this accusation.

As Todd and Julie prepare to surrender themselves in January, Alexus claims to feel vindicated, as she “always knew that justice would one day prevail.”

The reality star couple is planning to appeal.