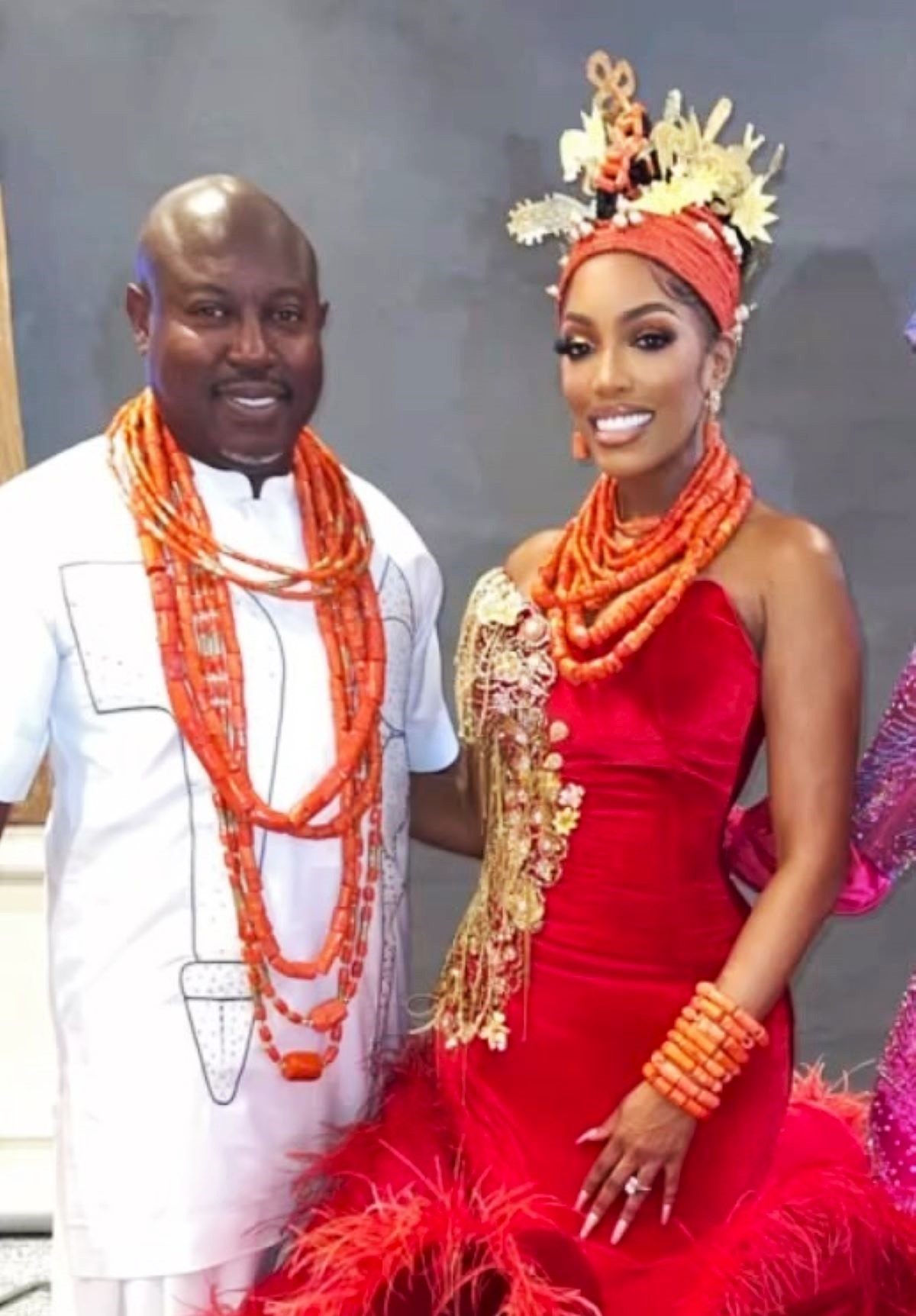 The Real Housewives of Atlanta alum recently wed her now-husband, Simon Guobadia, in not one but two over-the-top wedding ceremonies earlier this month. The first was a traditional customary Nigerian wedding ceremony, and it was followed by a second, more contemporary one held in a Christian church.

Porsha recently took to Instagram to share pictures of her ginormous wedding cake at her second wedding ceremony. The beautifully gold embellished and white flower-adorned cake had 10 layers, and it was so tall that Porsha needed a sword to cut it during the couple’s reception.

Porsha captioned the post, “If extra was a bride, it’d be me. I promise you; I did not know this was extra.”

Before the wedding, Porsha revealed that she knew the cake was going to be epic.

“For the cake at the American ceremony, it’s so tall that I’m going to have to use a sword to cut it,” Porsha told PEOPLE.

The couple’s first wedding cake for the Nigerian ceremony was not quite as big as the American ceremony’s cake, but it was just as gorgeous.

The cake was made of six tiers and was also adorned with white and gold embellishments.

“The cake for the Nigerian ceremony, it will be a traditional Benin cake,” Porsha told the publication. “So, it’s very, very different.”

The wedding cakes weren’t the only extravagant sights at the wedding. Porsha’s wedding gowns were showstoppers as well, with Porsha dubbing them a “true fashion extravaganza.”

During the Nigerian ceremony, Porsha wore a bold red gown by designer LaKimmy and a traditional headpiece called an okuku, which is customary for Benin brides.

“I looked up different things about an Edo bride, about the Benin culture, about their ceremonies, just so that I would not be totally green,” she said. “I wanted to make sure that I was as respectful as possible because I didn’t want to not do anything that wasn’t within tradition, within their culture. So, I had to be very, very serious, and I was very adamant that each detail was going to be authentic to their culture. I learned a lot.”

For the American ceremony, Porsha walked down the aisle in a white lace Frida ballgown to the vocals of a gospel choir and a 40-piece orchestra.

Porsha, who “grew up” in the church, shared why it was just as important to have an American ceremony in addition to showing respect for Simon’s Nigerian culture.

Check out more photos of the couple’s second wedding ceremony below.