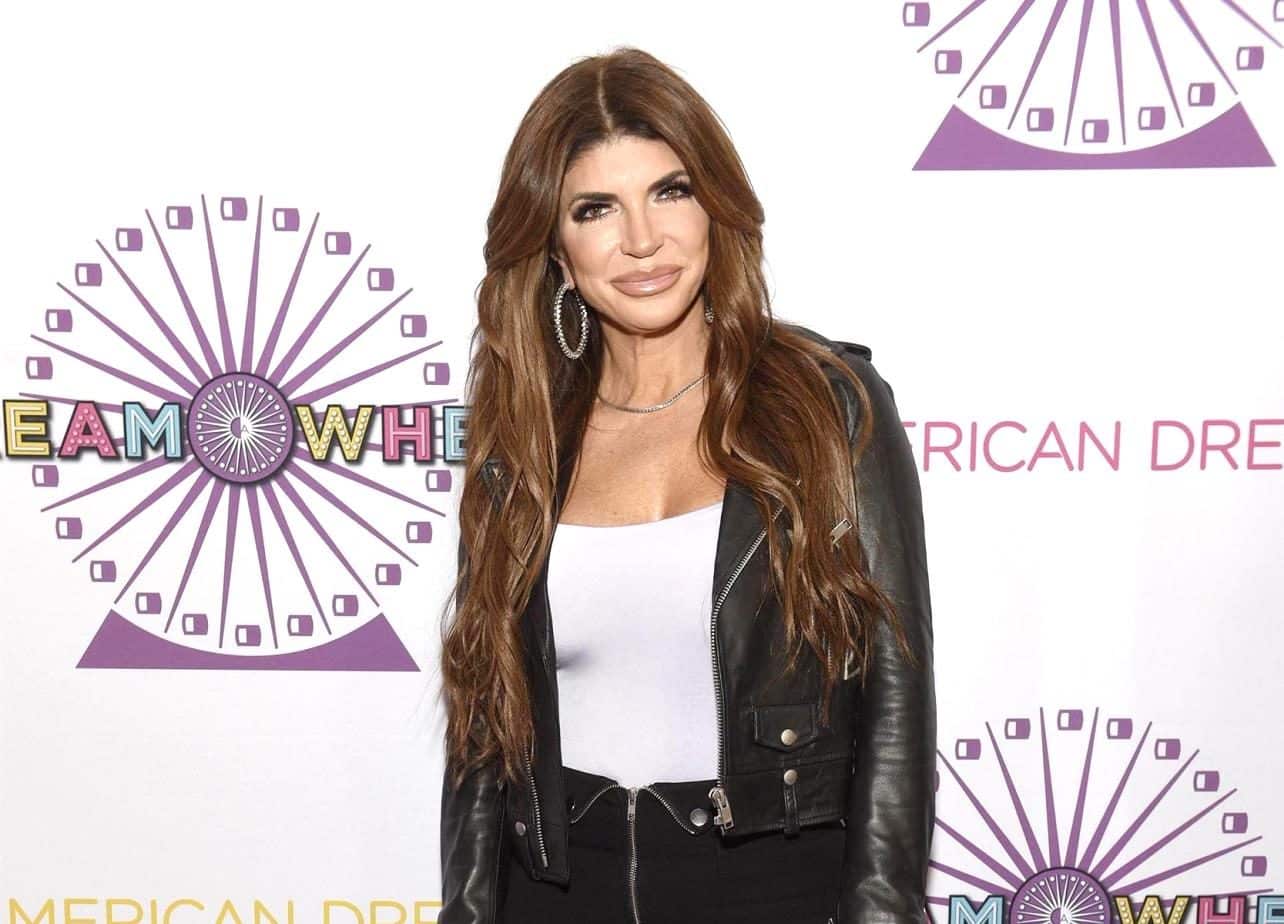 In a heated interview, Teresa Giudice shaded a radio host who asked about her prison stint. In 2014, the Real Housewives of New Jersey star was put behind bars after pleading guilty to fraud.

Following her release, the star published a book, Turning the Tables: From Housewife to Inmate and Back Again, that addressed her 11-month stint in prison.

During a discussion on the Billy & Lisa in the Morning radio show, host Billy Costa addressed the uncomfortable topic.

“Teresa, we know you spent some time in prison, but you came out of prison and wrote a book — a bestseller — about your time in prison, and did it focus a lot on the food in prison?” asked Billy, via Ok! Magazine.

At this point, Teresa appeared to get mad, dodging the question in order to address an upcoming event she’ll be hosting. “Um, I really don’t want to talk about that. We’re talking about the appearance that is gonna happen this Saturday,” she said, in clips shared by @krissyballs on TikTok, via @LoveAndyC.

“I don’t know if you know this, but I’m a four-time New York Times bestselling author,” she added.

Billy said he started the interview thinking Teresa wanted to discuss the book.

Teresa then took an opportunity to throw a dig at the host: “[We’re going to] have a good time [at my upcoming event], and it’s all about being positive, right? And not negative? You should learn some of that.”

Justin, another host, seemed to realize what Teresa was insinuating, so he brought the discussion back to the prison question.

Teresa responded, “I have a podcast called ‘Namaste B**ches,’ [and] you should listen to it and learn how to be a little more namaste.”

Her publicist then interrupted the call: “We’re gonna let Teresa go back to enjoy her vacation.”

“Are you guys coming?” asked Teresa in what appeared to be sarcasm. “I would love to meet you in person.”

After Teresa hung up the call, the host shared that her team requested they avoid certain topics in the interview.

“I’m not backing down on this,” he said. “They told us what to stay away from, and we stayed away from it. I didn’t bring it up: The stuff with her brother that’s going on. The Balenciaga stuff she’s getting killed for.”

This was a reference to Teresa’s current feud with brother Joe Gorga, who refused to attend her wedding after she allegedly discussed a rumor about his wife. Teresa is also in hot water for wearing Balenciaga after the company’s controversial ad, which allegedly showcases children with BDSM-themed accessories.

The radio host added, “We stayed away from that. We’re very respectful … We’re very positive. That wasn’t negative what Billy did.”

“She was the negative [one],” expressed Billy.

#RHONJ Teresa gets mad at a radio host that mentions she wrote a successful book after her prison stint and the interview falls apart from there… pic.twitter.com/2NdIjYAnlS

Later on, the host implied he would not show up to Teresa’s event. “I don’t even want a coffee with Teresa Giudice,” he said. He then called Teresa a “monster” and an “idiot,” and he claimed she “attacked” him during the show.

“She was easily, hands down, the rudest person I’ve ever interviewed.”