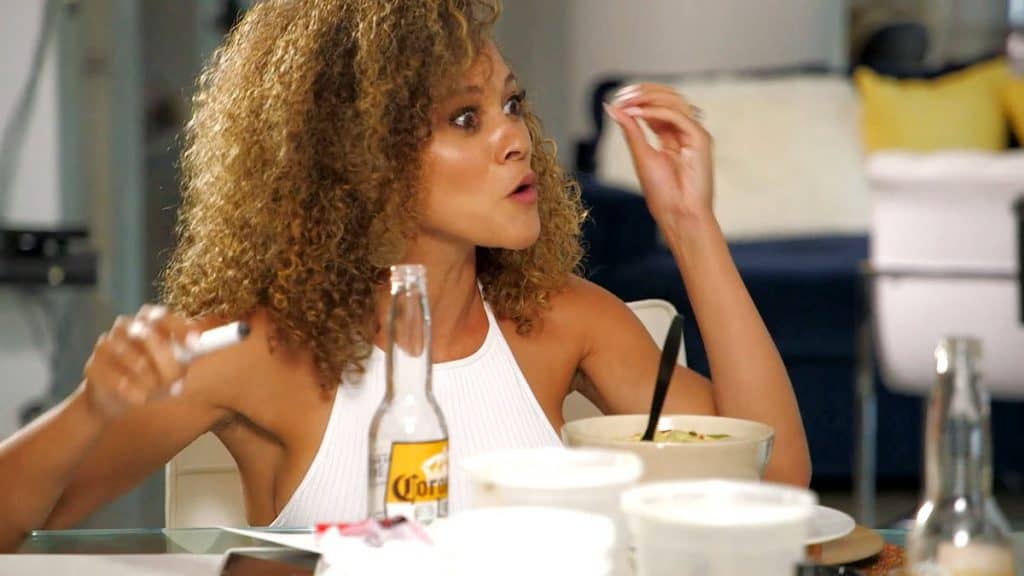 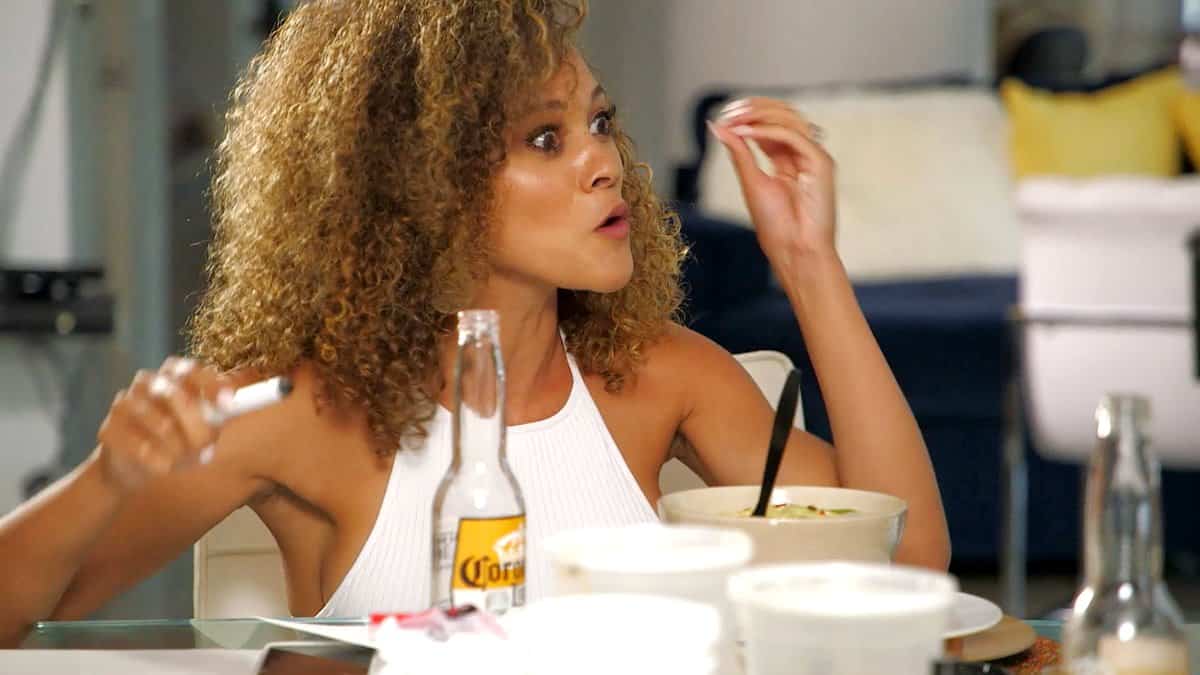 The ladies of the Real Housewives of Potomac love to be all up in each other’s business, but last night they took a break from all that—sort of—and instead focused on the states of their relationships with each other and their families.

According to Gizelle, the ladies have been arguing entirely too much, and things just haven’t been as much fun lately. Bahrain was missing her friend, Karen, and was done inquiring about her tax issues. She simply wanted to get back to what they had before. END_OF_DOCUMENT_TOKEN_TO_BE_REPLACED 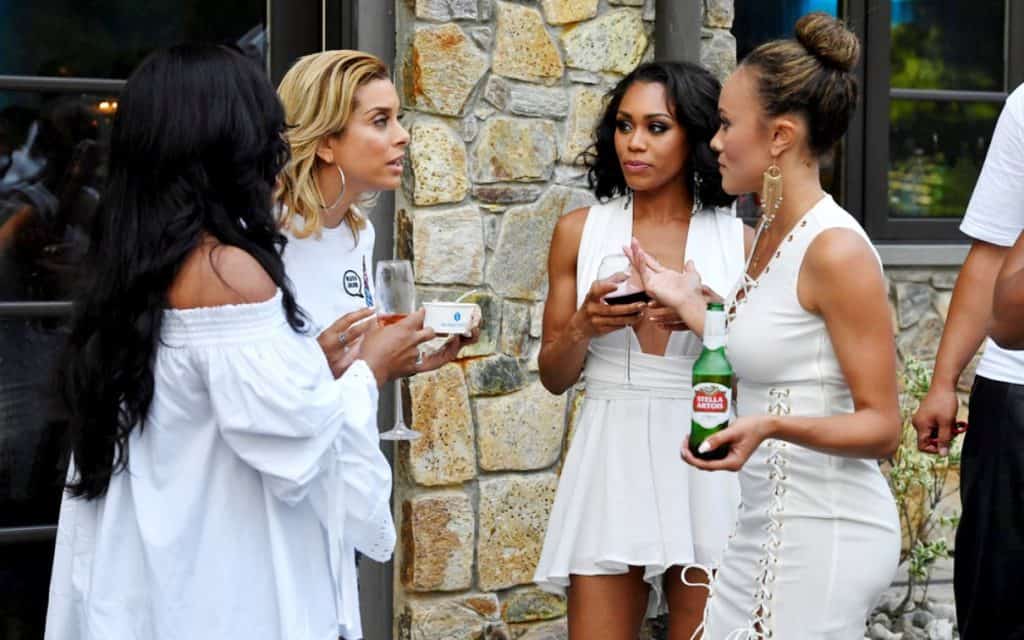 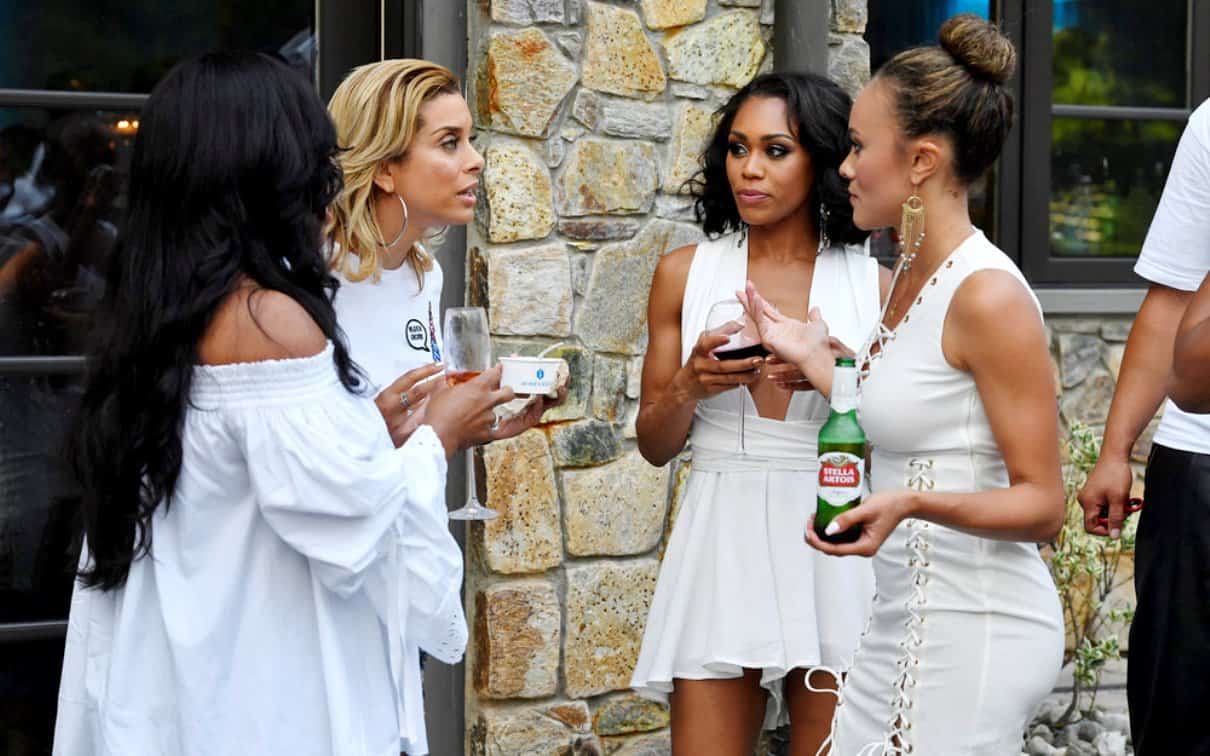 Real Housewives of Potomac star Robyn Dixon found herself at the center of two feuds with her castmates Ashley Darby and Monique Samuels on the latest episode of the show.

Robyn took issue with Monique after she liked a meme poking fun at Robyn on her fanpage, and then later on in the episode, she got into a back and forth with Ashley who once again slammed her relationship with ex-husband Juan Dixon.

In her latest blog, Robyn touches on a number of issues including her shocking acknowledgement that her BFF Gizelle Bryant’s t-shirt was indeed inappropriate, while also making it clear she has no desire to ever be friends with Ashley again. She also discusses the meme drama with Monique, as it does appear that Monique’s fan page is indeed being run by one of her family members! END_OF_DOCUMENT_TOKEN_TO_BE_REPLACED 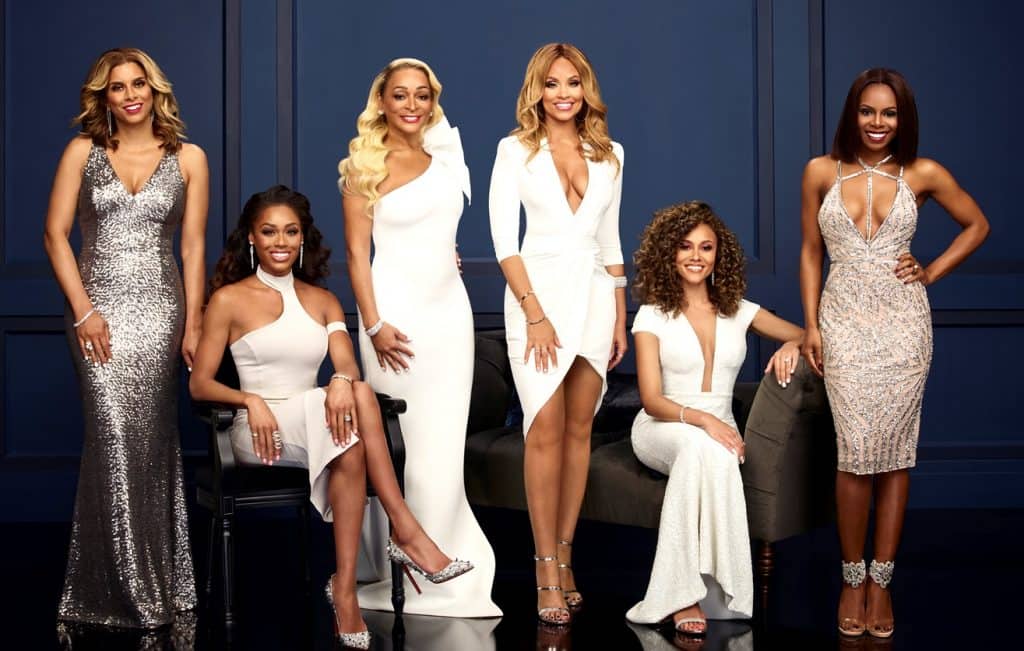 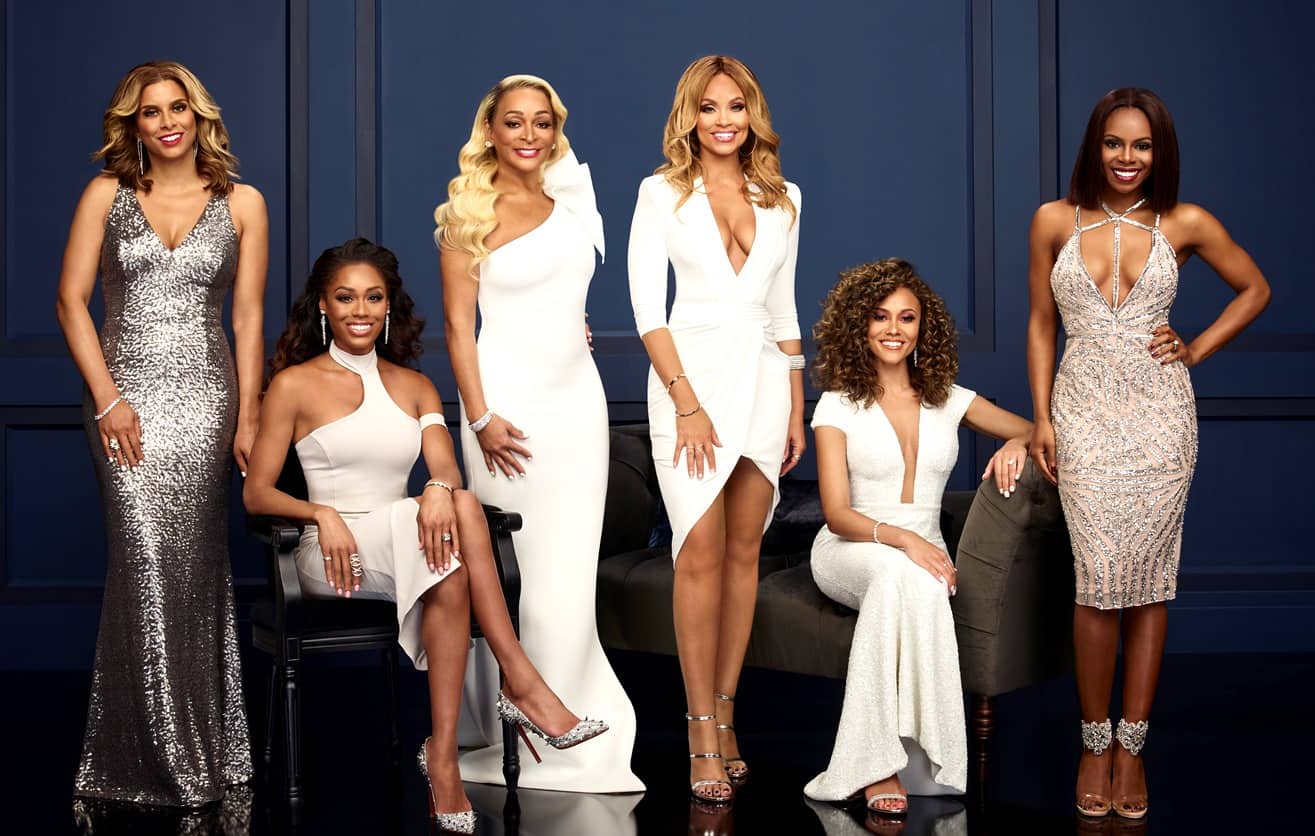 The Real Housewives of Potomac star Gizelle Bryant is very well on her way to being the next Bethenny Frankel when it comes to entrepreneurial success!

The 47-yr-old Bravo reality star shared some major news on Monday when she announced that her ‘EveryHue Beauty‘ makeup line will now be sold in Target stores.  END_OF_DOCUMENT_TOKEN_TO_BE_REPLACED 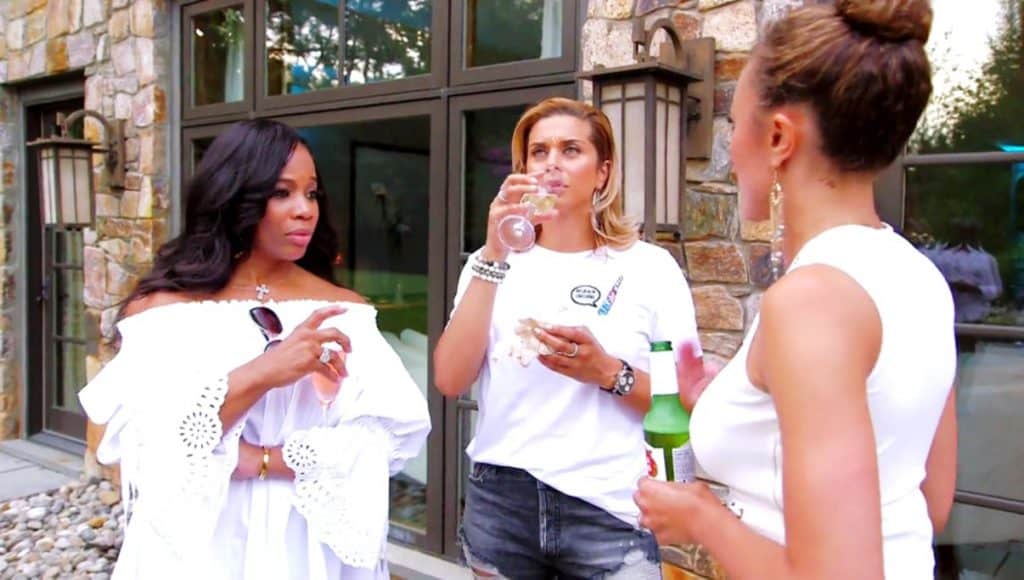 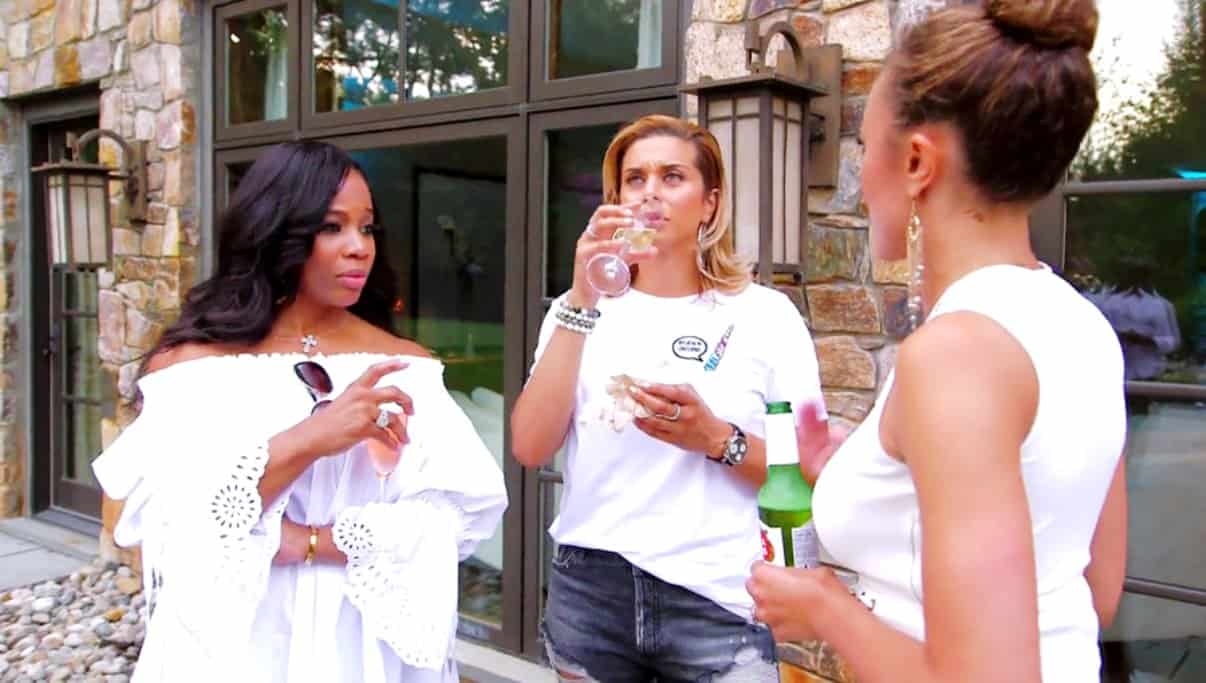 On last night’s Real Housewives of Potomac, the shade was real and the friendships were fake…as usual.

When we picked up with the ladies, Karen was still presiding over her press conference with no press, and admonishing the women for asking questions. END_OF_DOCUMENT_TOKEN_TO_BE_REPLACED 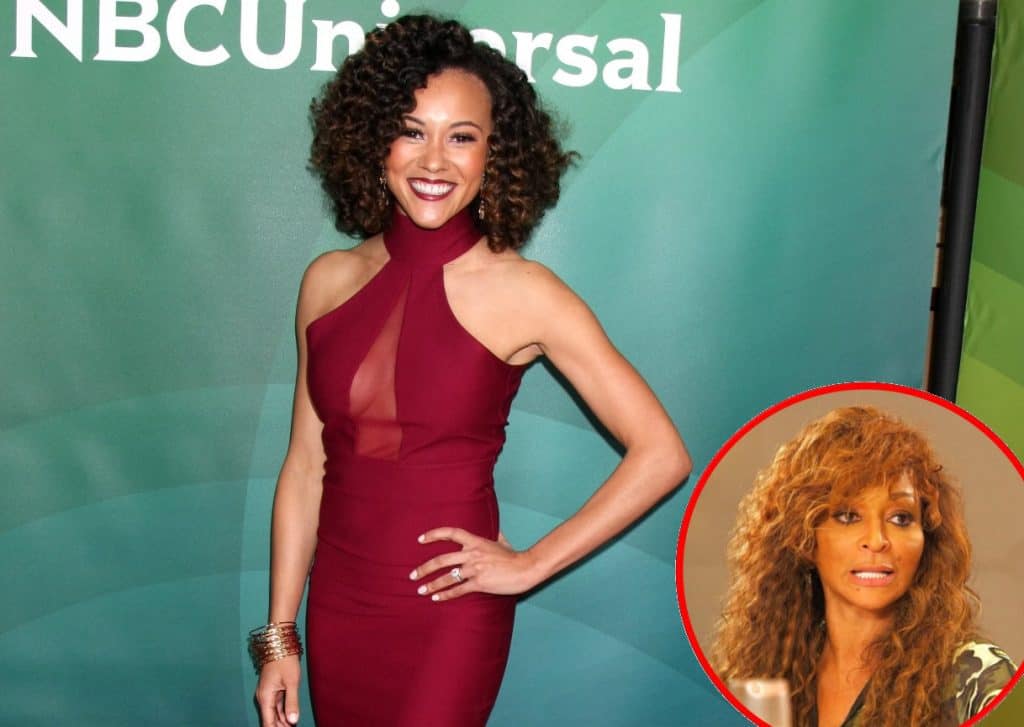 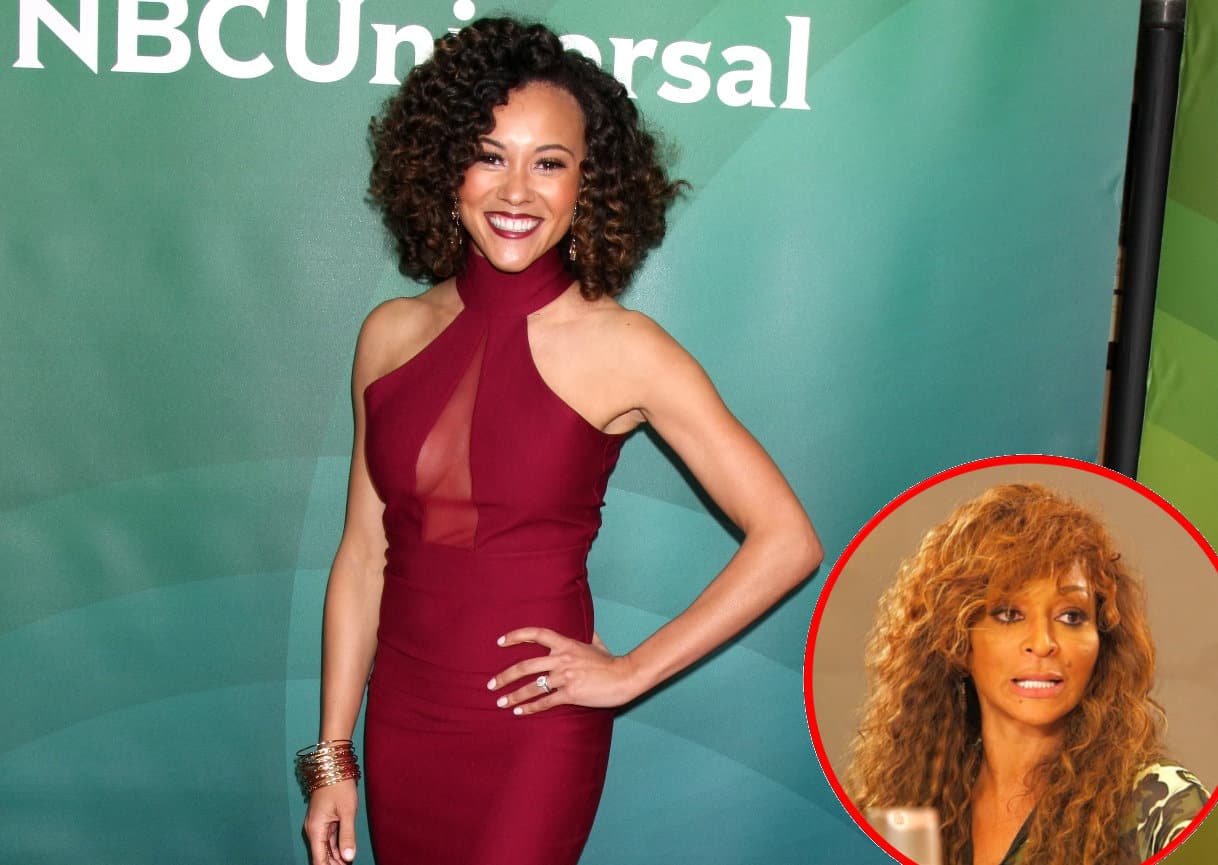 The Real Housewives of Potomac star, Ashley Darby has always reminded me of a kitten—young, cute, and a little too curious for her own good. And judging from her recent comments about one of her castmates, she’s revealing that she’s also got some pretty sharp claws!

In her latest blog, Ashley slams her castmate Karen Huger, stating that her “riches are as fake as her teeth.” Ouch!  She also responds to Karen’s accusations about her husband Michael Darby supposedly sending out raunchy photos to others on dating websites. END_OF_DOCUMENT_TOKEN_TO_BE_REPLACED 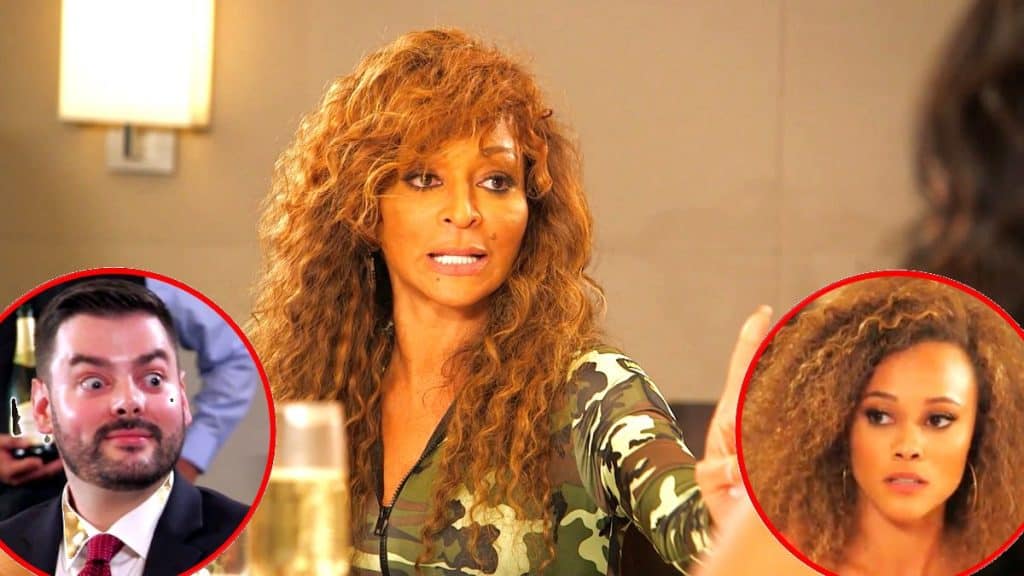 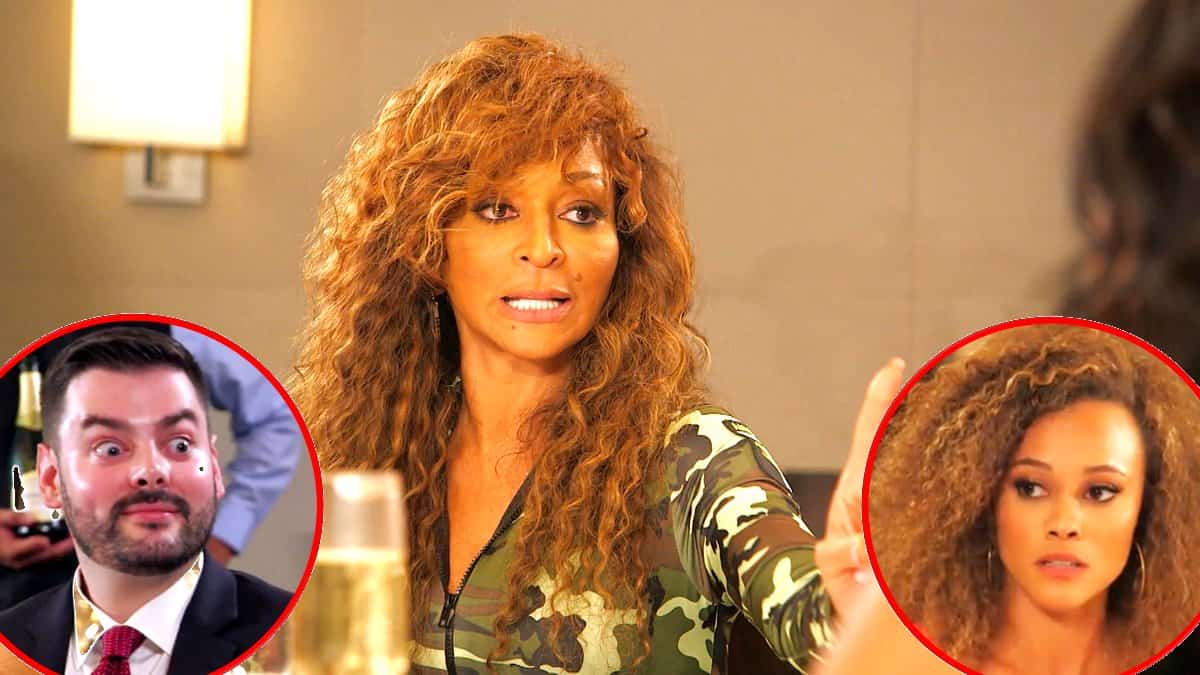 Few people are as extra as Real Housewives of Potomac’s Karen Huger. She shamelessly flaunts her wealth, throws down old school Virginia shade like nobody’s business, and uses terms like “Grande Dame” to describe herself.

But on last night’s episode, she took it to another level, when she held a “press conference” to set the record straight about the rumors that have been swirling around about her finances. END_OF_DOCUMENT_TOKEN_TO_BE_REPLACED 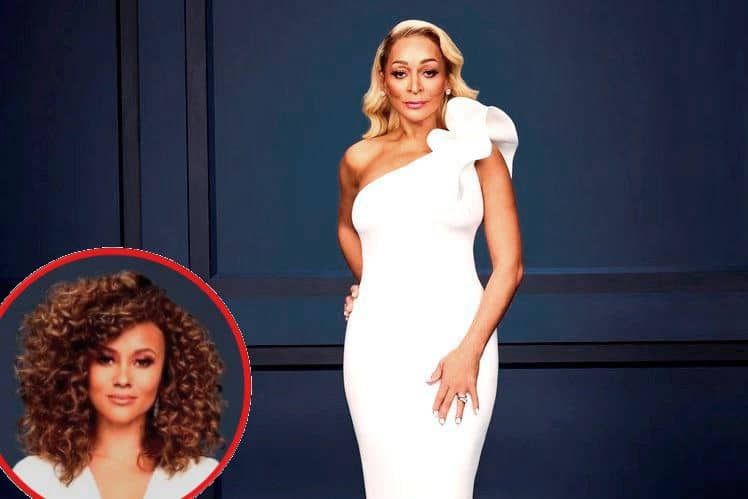 Karen Huger hasn’t been too happy about the ongoing claims of a tax scandal against her and her husband, Ray Huger. So, when the topic came up during filming on season three of The Real Housewives of Potomac, she lashed out against her co-stars with a number of low blows.

Oddly enough, she was the one who arranged for the conversation to happen. END_OF_DOCUMENT_TOKEN_TO_BE_REPLACED 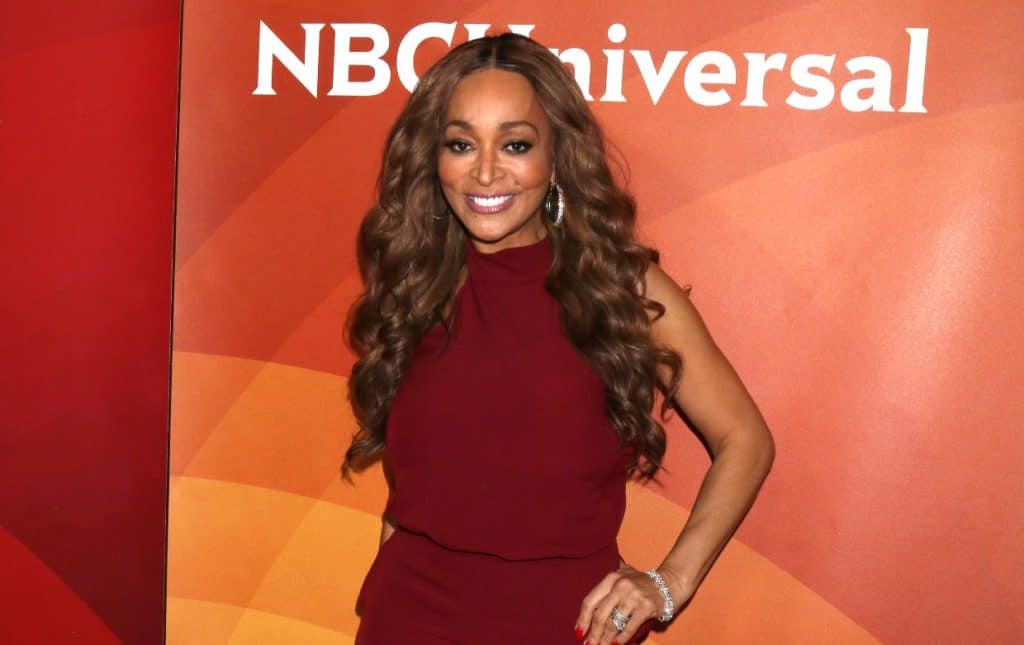 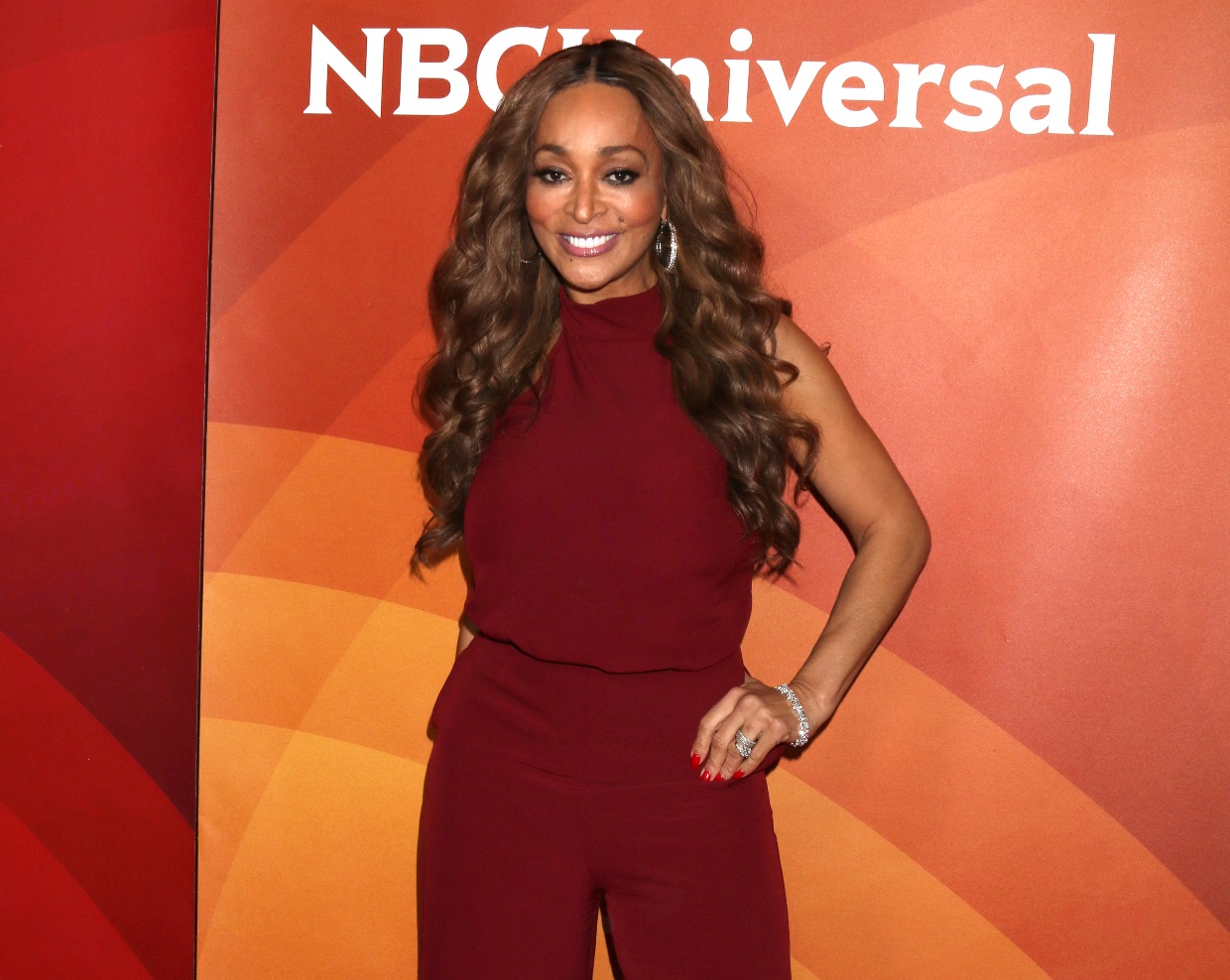 The self-proclaimed Grande Dame of the Real Housewives of Potomac, Karen Huger, found herself the topic of conversation on the season 3 premiere of the show but not for the reasons Karen would have hoped.

Following the season two reunion last year, a report came out revealing that Karen’s husband Ray Huger owed $1.5 million in federal taxes, while his company owed $3 million to the IRS.

This news was stunning but made sense at the same time after Karen abruptly sold her home in Potomac, claiming she wanted to downgrade, only to move into a bigger home in a less expensive city. This led to many suspicions from her castmates on whether or not she was having financial issues.

So what is the latest with Karen and her finances? Well, she is sharing an update in a new interview. END_OF_DOCUMENT_TOKEN_TO_BE_REPLACED