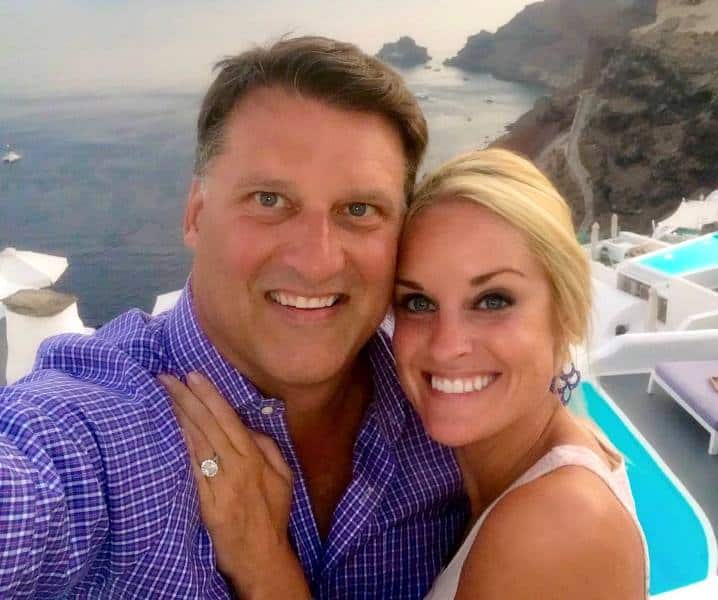 In today’s shocking news, Southern Charm star Danni Baird has called of her wedding… just two weeks before she was set to tie the knot!

Dannie got engaged to her fiance Todd Baldree back in July of 2016. Fast forward to today and the Daily Mail is reporting the wedding has been called off.

Which might explain why she is currently in Mexico on vacation with Vanderpump Rules star Stassi Schroeder, who was just famously dumped on her 4-year anniversary by her boyfriend.

So what happened between Danni and Todd? Well a source reveals it was a mutual decision.

“They mutually decided to end it,” revealed the source.  “The wedding was supposed to be in two weeks. Not too many people know it’s over yet. It’s fresh.”

Even more surprising is the fact that the couple had dated for years before their engagement last year during a romantic vacation in Santorini, Greece.

I guess on the upside Danni, 33, has her girlfriends with her to help get over the heartbreak.

“All of the women are commiserating together, they are trying to make the most of a bad situation,” says the friend of Danni and Stassi.  “They are having a lot of laughs as they swim and enjoy cocktails.”

Indeed. Below are some Instagram pics of Danni on vacation with Stassi. While sad, must say it takes courage to call this off rather than marry someone knowing they aren’t the right one for you.

UPDATE – Danni is confirming the split in a new tweet. She posted, “In truth, we sadly ended our engagement a month ago. He’ll always b the BEST man I’ll EVER know…”

In truth, we sadly ended our engagement a month ago. He'll always b the BEST man I'll EVER know. https://t.co/WnAu5OemZV via @DailyMailCeleb

TELL US – ARE YOU SHOCKED ABOUT THIS SPLIT?