90 Day Fiance Mohamed Update! Is He Back In Tunisia? Find Out Now! 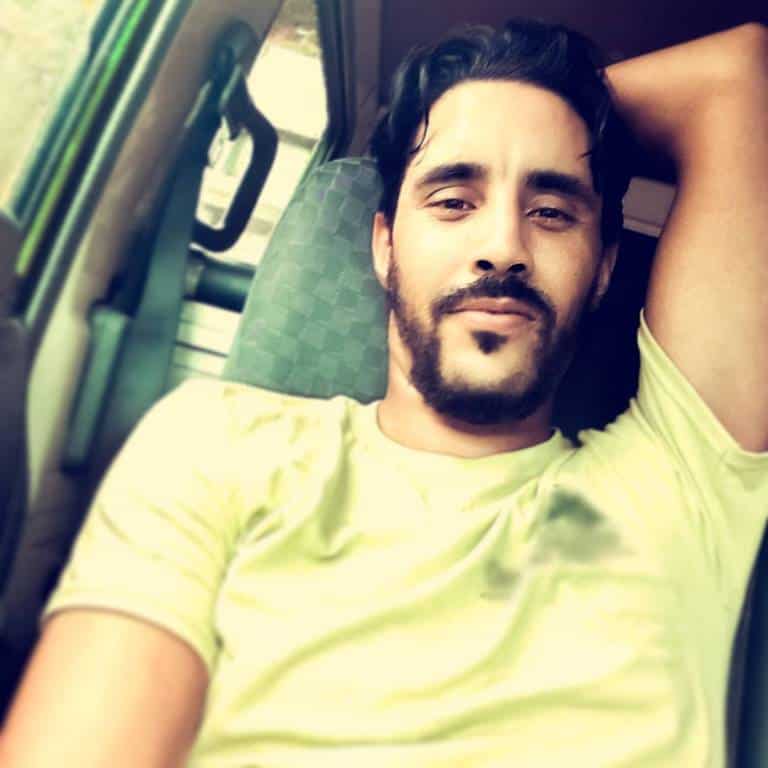 The finale episode of 90 Day Fiance Happily Ever After aired last night on TLC and despite the fact that Mohamed Jbali was granted a divorce, many are still wondering whether or not he got deported? Or better yet, if he’s still living in the United States or back in Tunisia?

Well fret not as we have all those answers for you!

Following his divorce from Danielle Mullins (who wanted an annulment so he could get deported), Mohamed went completely awol for months after he broadcasted the divorce proceedings live on his personal facebook page. He literally disappeared and deleted all of his social media.

This led fans of the TLC hit show to speculate that perhaps he did get deported, or simply decided to go back to Tunisia on his own accord. He had contemplated doing just that after the divorce.

Well, we can now report to you that Mohamed was not deported AND he is still living in the United States! In fact according to his location tag on his latest posts on his new Instagram page, he is currently posting away from Florida.

In another pic posted on his Instagram yesterday (below), he wrote the curious caption: “Your happiness is not my responsibility! Pleasing everybody is not possible! When im done loving myself i will have time to love someone else! Your opinion about me is not gonna change how I feel Because I know how to control my feelings!” Shots at Danielle?! 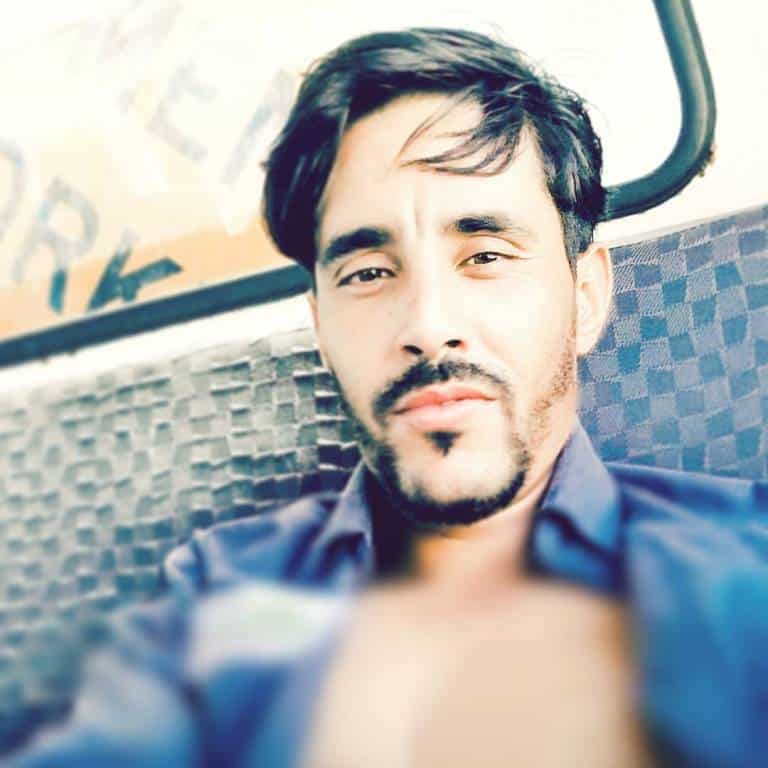 Mohamed Bjali posted this image on his new Instagram page on 8/20/17 with the caption, “Your happiness is not my responsibility! Pleasing everybody is not possible! When im done loving myself i will have time to love someone else! Your opinion about me is not gonna change how I feel Because I know how to control my feelings!”

Continuing his tweeting spree, he then posted a video (screenshot is below) in which he attempts to explain why he disappeared for months.

He said in the video, “So I just want to apologize to my friends that I used to talk before because I just disappeared for almost 4 months. I changed all my contact information. Everything. Even my email, my number. My everything. So I apologize for doing that but I know you’re going to forgive me because you know I was going through a lot of bad stuff because of the TV show and some people that are giving me a hard time. So what I did is I just moved from the place I used to live before. Now I’m in a different place. I was trying to find myself and I did because I took some tough decisions in my life. And in 4 months, I made my life much better and more happier and I made some new friends and I did not forget about my old friends. And I’m going to try to contact all of you. And I apologize again. ” 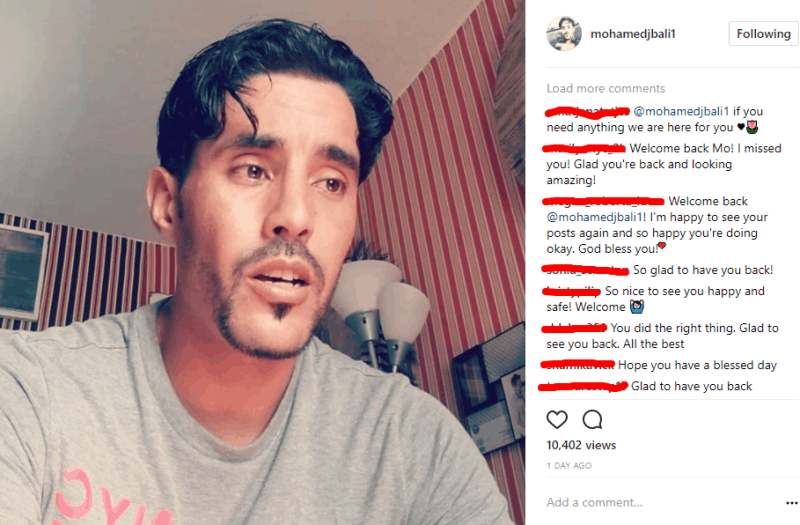 In a new Instagram video, Mohamed apologizes to his friends for disappearing for 4 months.

So there you have it. Mohamed is divorced, not deported, and still living in the United States in the state of Florida!

As for why he disappeared for months, even though he says he did it to find himself and get away from negativity many are speculating that he did it because of TLC as the network was likely upset that he spoiled the show by revealing his divorce to thousands on Facebook earlier this year, months before it aired on TV. But then again, perhaps he was just trying to get away from Danielle! Who knows?

And just to close this out with a fun fact, it appears Danielle is for some reason still using Mohamed’s name despite their very short and volatile marriage and divorce. She currently goes by Danielle Jbali on Instagram.

TELL US – WHAT ARE YOUR THOUGHTS ON THE LATEST MOHAMED UPDATE?