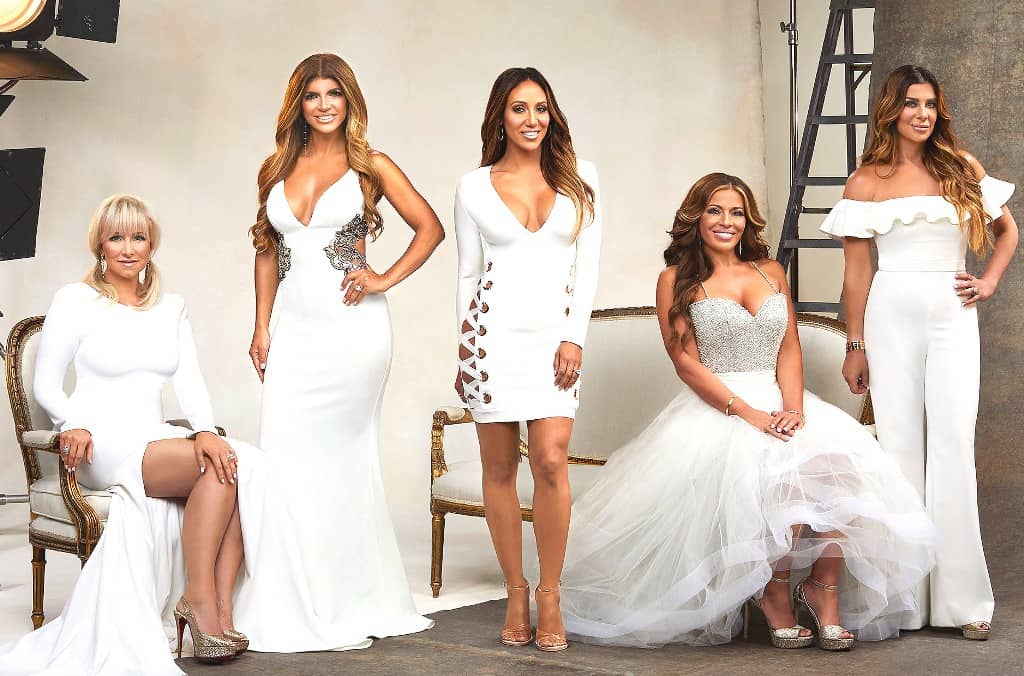 Ready or not, the Real Housewives of New Jersey season 8 is returning to Bravo on October 4 with a supersized 75-minute premiere! Plus we can now bring you the crazy new trailer!

As for the cast, the returning housewives include Teresa Giudice, Melissa Gorga, Dolores Catania, and Siggy Flicker. There is also a new housewife on the block as Margaret Josephs who is described as a “powerhouse in pigtails” joins the cast.

So what can we expect this season? Well for starters, the ever so controversial Danielle Staub also makes a big return as a friend of the housewives as she is ready to reopen old wounds and reveal some new secrets!

In the season 8 trailer, Teresa, 45, who spent 11 months in jail for bankruptcy fraud gets enraged at Posche fashion boutique owner Kim D. aka Kim DePaola for spreading rumors that she had been unfaithful to husband Joe Giudice who is currently serving a 41-month prison sentence.

“You know what Posche stands for? Piece Of S**t Coke-whore Home-wrecker Every-day,” Teresa screams at Kim before flipping some furniture by turning over a chair! “I would love to f***ing grab you by the back of your hair!” adds Teresa.

In another clip, Teresa is shown going off on Dolores. ‘It’s not f***ing true! You should have f***ing stuck up for me,” Teresa screams at Dolares, who responds by telling Tre, “I did stick up for you. When is it enough, uh?”

Meanwhile Melissa is also seen getting into it with both husband Joe Gorga and sister-in-law Teresa as they clash over Joe’s decision to open a family restaurant with Teresa without consulting her. Yikes!

“She’s not a Gorga, she’s only Gorga by marriage,” Teresa can be seen yelling while Melissa walks off.

So what else can we expect this season? Well it seems Dolores has finally found the man of her dreams, but is thrown a curve-ball when her ex-husband asks to move back home. Siggy is ready to take her career to the next level after finding success with her book and speaking engagements, which however causes some drama in her marriage as her husband wants her to balance her work and personal life.  Teresa adjusts to life as a single parent with Joe in prison and also has to deal with the sad and sudden death of her mother. And then Danielle makes a dramatic return, which will threaten the 20-year friendship between Teresa and Dolores.

TELL US – ARE YOU EXCITED FOR THE NEW SEASON? WILL YOU BE TUNING IN?