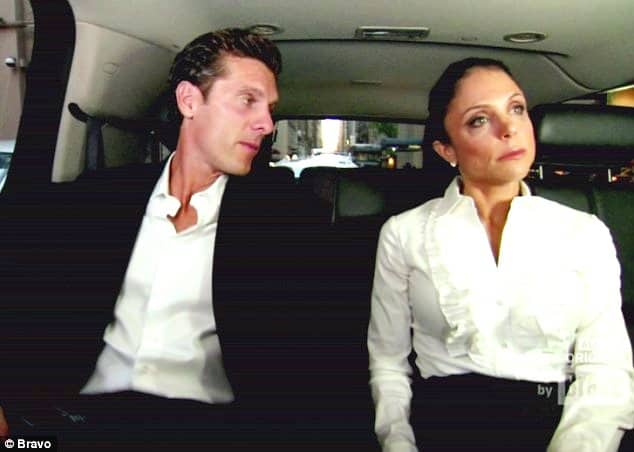 Bethenny Frankel opened up about her never-ending drama with ex-husband Jason Hoppy on the latest reunion episode of the Real Housewives of New York City, referring to it as “torment and torture”.

Just in case you haven’t been keeping up, Jason, 46, was charged with stalking and harassing Bethenny, 46, earlier this year in a case that is still ongoing.

Bethenny however made it clear yesterday that no matter what happens with the justice system, she wants absolutely nothing to do with him, despite the fact that they are both parents to 7-year-old daughter Bryn. A possible trial has been set for Sept. 27 after a judge denied Jason’s request to have the charges dismissed earlier this month.

“Any resolution is legally mandated and I’m fine with that,” Bethenny said to host Andy Cohen. “I don’t care what happens, I have faith that somehow I will be able to live a normal free life. But it has to be with zero contact. Because with any contact, this will not end.”

Bethenny, who stated she has raked up over $3 million in legal fees since the couple split in 2012 after three years of marriage went on to describe the nasty divorce battle as a “war zone”.

“It is indescribable and it is inexplicable and it’s like, if someone wants to talk about like a war zone in Israel, how are you going to explain that to someone?” said Bethenny. “I’m not comparing this to actual war but in my life, you can’t even imagine the torment that this has been. There’s no way to describe it. I just stifled it in because if I let any of it out, I’m going to totally break down. I can’t believe this happened to me.”

When asked by Andy if there was anything in particular during their brief marriage that set Jason off, Bethenny’s BFF Carole Radziwill chimed in to answer for her.

“He’s obsessed with her. It’s like an obsession. And I guess when someone walks away and you no longer have control?” said Carole before turning to Bethenny to say, “I’ve known you a few years now. When we first started getting close, I saw all the times you tried to reach your daughter, FaceTime your daughter. And he would sometimes pick up the phone and hang up or face it to the wall. Weird stuff. And I thought, ‘Wow, this guy is a little off.’ But now, I don’t think you even realized at a certain point how painful and the emotional havoc it played on your life.” Wow.

The topic then turned to Bryn with Andy wanting to know if Bethenny thinks all of this very publicized divorce drama might affect Bryn someday. Bethenny surprisingly revealed she didn’t think so.

“[Bryn’s] very pure and innocent and happy and she doesn’t really understand what a reality television show is, much less the things [we’re] talking about,” said Bethenny. “It’s extremely advanced and complicated. I live in a house alone with my daughter when I have her. So there’s no pressure at all. She’s very isolated in her life and she’s very happy.”

Here’s to hoping Bethenny is right about that!

Part 3 of The Real Housewives of New York City reunion will air next Wednesday on Bravo 9/8c.

TELL US – WHAT ARE YOUR THOUGHTS ON BETHENNY’S COMMENTS AND PART 2 OF THE REUNION?