Brandi Glanville Addresses Sons Begging Andy for Her Job Back on the RHOBH, Fires Back at Criticism

Caitlyn Jenner and Sophia Hutchins in Talks to Join RHOBH Next Season, Met With Eileen Davidson for Advice 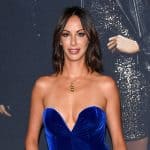 Nene Leakes Bashes Andy Cohen, Threatens to Sue Bravo For “Discrimination,” Hints She Was Forced Out of RHOA 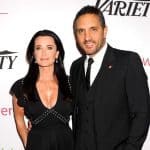 Here’s to hoping no one was holding their breath and waiting for Jeff Lewis and Heather Dubrow to become BFFs!

The long running feud took a turn for the worse during a recent interview when the Flipping Out star slammed Heather by claiming she was let go by Bravo for being a pain to production, and revealing they will never make up. Ouch!

Jeff also had some choice words for Real Housewives of Orange County star Vicki Gunvalson as he revealed it’s time for her to exit the show. Find out his reason below!

When asked about his feud with Heather during an appearance on the Juicy Scoop with Heather McDonald podcast, Jeff stated, “She’s not a good person and I’ll tell you why. I’ve had disagreements with Housewives before, but I’ve been able to get over them. I’ve been able to talk them through and apologize, the whole thing. She was very upset with me and she went on Access Hollywood Live, and she lied about me, and she said things that are absolutely untrue.”

And what did Heather lie about according to Jeff? “She said that I body shamed her and I face shamed her. And that is absolutely, totally completely false. That’s where it went too far. There’s one thing to [have] a little disagreement, but when you start to go on live television and spreading these nasty rumors about me, that’s when you insult my character. And that’s when I come back. I think she now realizes she messed with the wrong b***h… And it’s not going to end by the way. I’m never going to stop because I’m never going to forget what she did. So I won’t be forgiving her any time soon,” he said. Wowzers!

But it didn’t end there as he was asked about Heather’s departure on the RHOC. Heather had previously stated she left the show on her own accord to spend more time with her family, and let’s just say Jeff ain’t buying it!

The topic then turned to this season of the RHOC which some fans have complained isn’t a good one due to the major conflict between cast members Tamra Judge and Shannon Beador who do not want to film with Vicki. And they have good reason as Vicki spread some nasty rumors about their husbands last season.

Well Jeff believes Bravo needs to do something as that format and separation of the cast is not working.

Jeff said, “OC this season is Bad. Honestly I’ve told Andy [Cohen] this. I’ve told Amy Phillips this. I’ve told anyone who would listen to me. The fact is you’ve got two islands and you’ve got Vicki on one island and Tamra and Shannon on another island. And it’s not working.”

He continued, “I think they have to let somebody go. And honestly I love Vicki. I’ve been friends with Vicki for a long time. I think she’s a great part of the program, but she’s not working with the girls and just when you think there’s going to be a reconciliation, she hurls these like horrible, vicious, nasty, untrue accusations. And is that really going to warm up these girls  where they’re going to want to reconcile and hang out with you all season?”

He added, “I think the bridges have been burnt to a point where they cannot be rebuilt on OC so it’s time to move on… And I think Vicki has done this to herself and maybe it’s time.”

I must say Jeff is 100% spot on when it comes to his analysis of this season of the RHOC. It’s quite awful in my opinion and not fun to watch especially in comparison to other franchises such as the latest season of Real Housewives of NYC. Something does need to change and Bravo is in a tough spot cause it’s either let go of Vicki or let go of both Tamra & Shannon. And arguably Vicki and Tamra both bring a lot to the show. But it has gotten to a point where too much damage has been done and their friendship is now irreparable.  If they try to force them to hang out and film, it wouldn’t be authentic and viewers would be able to see right through it.

My guess is if Bravo has to choose, they would keep Tamra & Shannon over Vicki. I can also see a situation where Vicki is downgraded to a friend next season.

TELL US – THOUGHTS ON JEFF’S COMMENTS? SHOULD BRAVO FIRE VICKI OR FIRE TAMRA/SHANNON?

Elyse Slaine Claims Ramona Singer ‘Faked Her Tears’ in This RHONY Scene, Dishes on What Ramona Won’t Talk About on the Show and Suggests She Exposed He...

Kristen Doute On Why She Hopes Vanderpump Rules Will Get Canceled, Wants to Reunite With Cast for a New Show

Lisa Vanderpump Reveals Season One Moment of RHOBH That Almost Made Her Quit, Confirms She Was in Talks for Another Show Before Joining Real Housewives and C...

Lala Kent On Why She Might Not Return to Vanderpump Rules, Confirms Pregnancy Pact With Costars and Opens Up About Recent Hospitalization

Tom Sandoval and Ariana Madix Weren’t Invited to Gender Reveals of Their Vanderpump Rules Costars, Plus Ariana Reacts to Their Pregnancies With a ̶...

Lala Kent On Why She Might Not Return to Vanderpump Rules, Confirms Pregnancy Pact With Costars and Opens Up About Recent Hospitalization

PHOTO: RHONY Star Leah McSweeney Shows Off Her Nose Job, Says She “Couldn’t Be Happier” After the Procedure

PHOTOS: Check Out the Top 10 Most Expensive Homes of the Real Housewives and Find Out Who Has the Priciest Mansion!

REPORT: Bravo is Firing Teddi Mellencamp From the RHOBH Following Three Seasons as Sources Reveal Why, Plus Why Friendship With Kyle Richards is in Jeopardy

Tom Sandoval and Ariana Madix Weren’t Invited to Gender Reveals of Their Vanderpump Rules Costars, Plus Ariana Reacts to Their Pregnancies With a ̶...

Bethenny Frankel Clarifies “Garbage” Comment About Denise Richards’ Drama With Brandi Glanville on RHOBH After Causing a Stir by Sharing a ...

It’s Official! Teddi Mellencamp Confirms She’s Been Fired From RHOBH, Admits She’s “Sad” and Says It Feels Like a “Breakup,” Plus She Shares Plan...

Follow us and get the latest news delivered to your timeline!

REPORT: Bravo is Firing Teddi Mellencamp From the RHOBH Following Three Seasons as Sources Reveal Why, Plus Why Friendship With Kyle Richards is in Jeopardy

Tom Sandoval and Ariana Madix Weren’t Invited to Gender Reveals of Their Vanderpump Rules Costars, Plus Ariana Reacts to Their Pregnancies With a “Baby Bump” Photo of Her Own