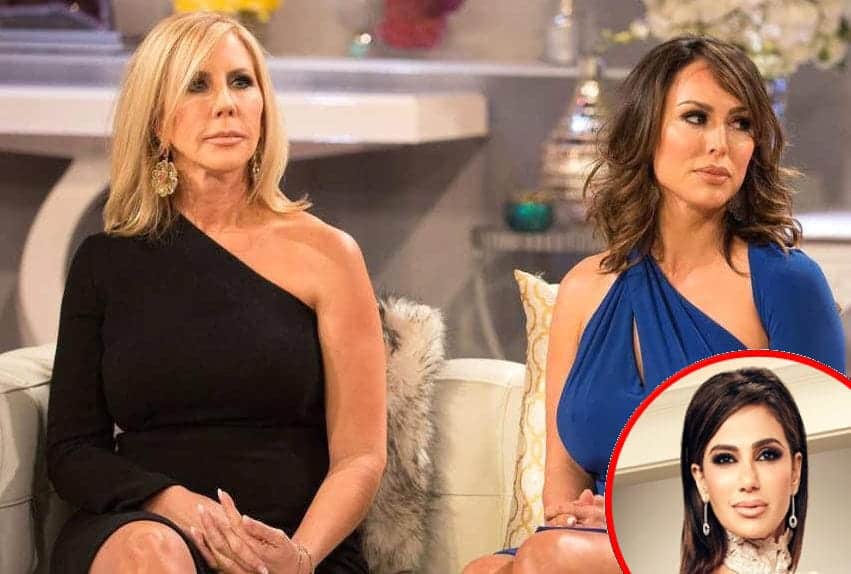 Real Housewives of Orange County stars Vicki Gunvalson and Kelly Dodd are finally breaking their silence on the allegations that their castmate Peggy Sulahian is homophobic.

If you recall, a report came out earlier this season that claimed Peggy, 43, banned her gay brother Pol’ Atteu from attending their dad’s funeral due to her homophobia. The most shocking part of the report was Peggy’s brother seeming to confirm the story was true when he told the news outlet: “Unfortunately it is all true. She is extremely homophobic and, yes, it is heartbreaking.”

Fast forward to today and Peggy’s costars Vicki and Kelly are speaking out on the allegations in a new joint interview with Windy City Times. Surprisingly, Vicki seems to defend Peggy.

“I don’t know anything about it. People thought I was part of a cancer scam. I wasn’t. I am never going to judge Peggy until it comes out of her mouth to me,” said Vicky. “I think her brother is trying to get into the limelight and press by saying that. Why would he say that? Is he trying to hurt her? Popularity?”

Kelly also chimed in, stating: “I wanted to talk to her about it to get her point of view. I haven’t had an opportunity to. Most of my family and all of my friends are gay.”

As for Peggy, she and sources close to her have denied she is homophobic. We also reported Peggy’s brother has a bit of a sketchy background and is currently facing criminal charges for operating an unlicensed talent agency and for allegedly unlawfully charging the parent of an underage child for fees and photographs.

Another gem from the interview is Vicki’s shocking revelation that she helped Bravo come up with the “Real Housewives” name for their hit series which now features many cities and franchises. For those not aware, the Real Housewives of OC was Bravo’s first ever Housewives franchise and Vicki was part of the original cast and has been on all 12 seasons!

“The creator of the show, Scott Dunlop, had a little article in our local newspaper and my son answered it. It was going to be called Behind the Gates,” said Vicki.  “I told them I didn’t like name Behind the Gates because what would happen if I moved? Desperate Housewives was on at the time so I suggested the Real Housewives.”

She later added that the final name was a collaboration between her and the creator of the show. “It was a collaboration. Scott and I sat down to talk about it. When they used the name of Orange County, I knew I was in trouble because I didn’t have the rights to any of the other franchises.” stated Vicki.

Finally, Vicki makes another surprising revelation when asked if she’s ever been asked to do Dancing With the Stars. “Yes, twice. Bravo said no because we were in season. I am up for next year. We will see what happens,” Vicki revealed.