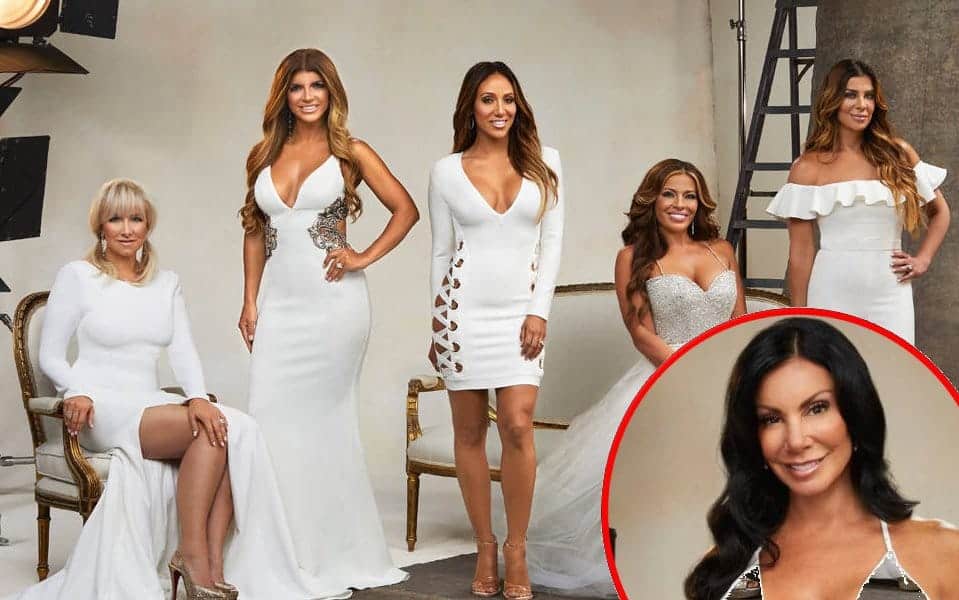 More drama is brewing for the Real Housewives of New Jersey cast well before the return of the Bravo hit series on October 4.

The latest is a new report from TMZ which states the RHONJ cast wants returning housewife Danielle Staub fired over a vile racist rant she made that was caught on tape.

While Danielle’s racist rant was recorded back in 2015 by an ex-boyfriend of hers, it made headlines again last week after Posche fashion boutique owner Kim DePaola aka Kim D went on a Twitter rant against Danielle, asking why Bravo hired a racist for their show.

In the disgusting rant, Danielle can be heard referring to her ex-boyfriend as a “stupid f***ing Mexican.” She also dropped the n-word countless of times making references to “n****r pot”. You can listen to that racist rant here.

TMZ is now reporting that some of Danielle’s RHONJ castmates are demanding a meeting with producers of the show and are asking Bravo to edit her out of the upcoming 8th season which has already been filmed.

The reason? Several “cast members are disgusted they shot scenes with her. They’re worried it will hurt their reputations and the show’s ratings.”

Apparently these cast members were not aware the racist rant existed until recently. Yikes.

TMZ however points out that Danielle has a lot of airtime on the upcoming season and trying to edit her out of it completely would be next to impossible.

TELL US – DO YOU THINK BRAVO SHOULD FIRE DANIELLE OVER HER RACIST RANT?