Home Real Housewives of Orange County News RHOC’s Meghan Edmonds Blasts Kelly Dodd! Calls Her a ‘Liar’ & Says ‘She Was Dating Someone Else While Married’

RHOC’s Meghan Edmonds Blasts Kelly Dodd! Calls Her a ‘Liar’ & Says ‘She Was Dating Someone Else While Married’ 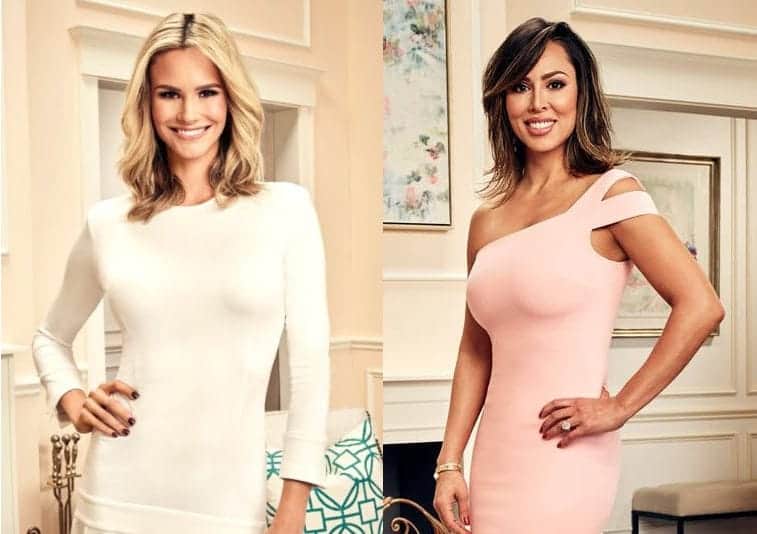 In her latest Bravo blog, Meghan, 32, doesn’t hold back at all as she calls out Kelly for being “mean” and intentionally trying to hurt others, and more specially trying to cut down her marriage to Jim Edmonds.  Meghan didn’t end there however as she also reveals Kelly has no room to accuse her husband of cheating since she was the one who was dating someone else while still married. Yikes!

First new mom Meghan blames her hormones for being emotional on the last episode of the show, when she burst out crying during a hiking trip with Lydia McLaughlin after Lydia revealed she was on Kelly’s side when it comes to the bar fight.

She continued, “On my hike with Lydia, I just wanted to spend my afternoon with a friend. I never expected it to escalate and end how it did. Of course I never thought I’d be crying on a mountain over something this ridiculous fight, but it was hard to hear Lydia say that she was on Kelly’s side after our fight at drag queen bingo. Lydia is always trying to keep the peace and wants everyone to be friends, yet she was choosing sides? I feel certain that if Lydia were in my shoes, she wouldn’t be agreeing with Kelly and she would be able to clearly see the differences when it came to the text exchange between Kelly and me. It’s also interesting that Lydia sided with Kelly, but in no way defended her that night. Instead, she just walked away from the table and acted like it wasn’t happening.”

Meghan then states that there was a big difference between her and Kelly’s actions regarding their marriages and infidelity questions, also adding that Kelly intentionally tries to hurt people.

“When I texted Kelly, I was asking her if a rumor was true. I was NOT cutting down her marriage and meant no ill intent by it. I never “accused” Kelly of having an affair and I didn’t tell anyone about it but her – that’s the opposite of looking to create drama,” said Meghan. “When Kelly texted me, she was TELLING me that my husband was cheating on me, while I was seven months pregnant. That IS cutting down my marriage. The biggest difference: I’m NOT mean. Kelly IS mean. If something I do is perceived as mean, it is not intentional and I will be the first person to own up to it. When Kelly is mean, she even admits that it’s intentional and malicious.”

Meghan continued, “The only reason the texts were even brought up again that night is because Kelly picked a fight. I had apologized for telling Shannon what Kelly had said and I thought everything was fine between us. I never thought she would have picked a fight with me over something so little, in front of everyone. Kelly used our text exchange as an excuse to attack me. She wanted to go for the jugular, so she jumped on the first opportunity to do so. And unlike Kelly, I do actually have the texts to prove it! She lied in her blog last week when she said, “It’s a damn good thing that I kept those texts messages to show the women the truth…” because those were MY saved texts and she was reading from MY phone at the table. She also claimed that I had contacted her about the rumored affair, after not speaking for months and with no pleasantries…yet we were texting about Aspen the day before! I almost feel bad for her that she is such an opportunistic liar.”

She then closed out her blog by shading Kelly when she brings up the fact that Kelly was the one who was dating while still married.

“Let’s face it, Kelly was dating and engaged to someone else WHILE she was still married to Michael…she’s hardly someone to spread marital gossip,” wrote Meghan.

TELL US – WHAT ARE YOUR THOUGHTS ON MEGHAN’S COMMENTS ABOUT KELLY?