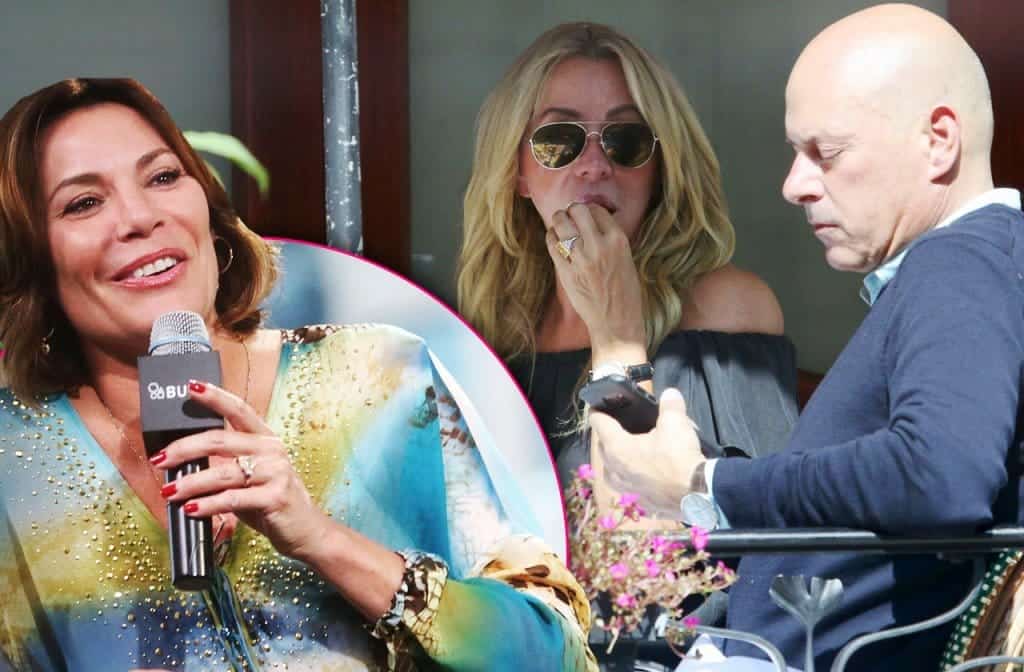 Just days after the shocking news that Luann De Lesseps’ ex Tom D’Agostino was already engaged to another woman, a new report is now revealing that Luann is “furious” over the news.

Last week it was reported that Tom, 50, had proposed to Anna Rothschild, 52, a publicist who also happens to be a former friend of Luann’s! Yikes.

In fact above is a photo of Anna and Tom during a recent outing, and as you can see, Anna is proudly showing off her new engagement ring.

So it’s not shocking that Radar Online is also reporting that Real Housewives of New York star Luann is not happy with the news.

“LuAnn is furious about the engagement,” a source reveals to Radar about the former Countess. “She is just livid over this.”

Even worse, Tom proposed to Anna with a ring that is eerily similar to the one he gave Luann. The only difference you ask? Anna’s ring just happens to be bigger than Luann’s! Ouch.

“Nothing is going to make this any better, LuAnn is going crazy about this,” adds the source.

Speaking to Us Weekly, Sonja, 53, reveals Luann’s biggest mistake was marrying Tom to begin with as he’s simply not the marrying type.

“He was my party friend,” said Sonja to Us Weekly. “You party with him, he takes your friends out. He’s the guy buying, not a marriage guy, I didn’t think.”

“He was my drinking partner on the down low bro, now he’s marrying my girlfriends,” added Sonja.

And when it comes to her friend Luann, Sonja reveals she is holding up well following her split from Tom last month.

“It’s amazing, that girl bounces. She is so resilient and she puts on a proud face and moved on already, I guess. We’re going to have to get into that a little more next season,” stated Sonja.

TELL US – THOUGHTS ON LUANN BEING UPSET? AND ON SONJA’S COMMENTS?