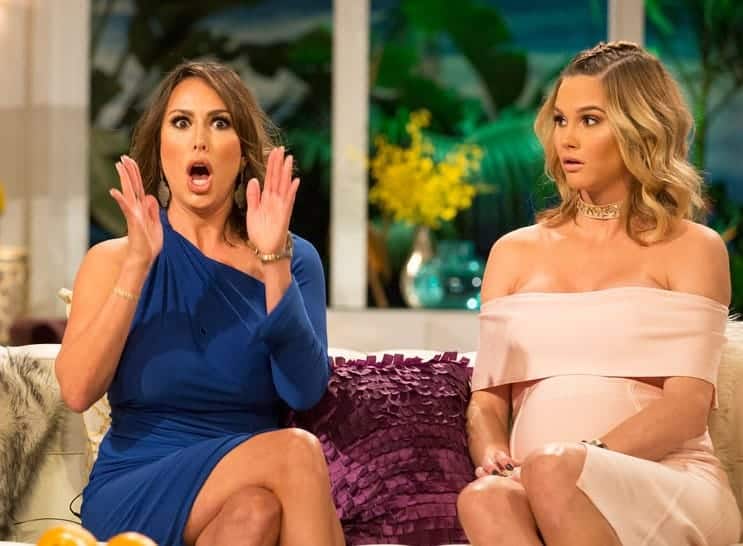 A week after Meghan threw some shade at Kelly’s marriage by stating Kelly was the one who was dating others while still married, and Kelly slammed Meghan’s business, Kelly is now returning the favor once again by taking shots at Meghan’s marriage in her new blog!

The beef between the ladies started when Meghan, 32, asked Kelly, 41, if she was cheating on her husband Michael Dodd, asking if she had a boyfriend. Kelly didn’t appreciate Meghan’s question and fired back by telling a then pregnant Meghan her husband Jim Edmonds was cheating on her. Unfortunately the back and forth continues in Kelly’s latest Bravo blog.

“How great are our guys?… You can tell that Diko is incredibly supportive of Peggy’s decision to get a double mastectomy and reconstructive surgery. He is there for her office visits and respects her decisions regarding her body,” wrote Kelly in her Bravo blog.

Kelly continued, “Michael too supports my decision to get a breast reduction, even though he thinks my boobs are “perfect”. He respects that it is my body and whatever makes me happy is his priority. Michael has always been there with me at every medical procedure. For example, when we were going through IVF, he attended every doctor visit, administered all of my shots, he was present when the embryos were implanted, as well as attending all my prenatal care appointments. Not all of our husbands are so supportive, right Meghan?” Ouch!

Kelly also responded to Meghan’s claims that she had a boyfriend while married. Kelly admits it’s true but states she only dated while she and Michael were separated.

“Meghan then goes on in her blog to say, “Let’s face it, Kelly was dating and engaged to someone else WHILE she was still married to Michael…she’s hardly someone to spread marital gossip.” How convenient of Meghan to omit the fact (she damn well knows) that, only after Michael and I had filed for divorce, did I get involved with someone else. Michael and I were divorcing for two years before we reconciled. Our separation was the most difficult time of my life. Divorce is hard on all parties involved, but life goes on…,” wrote Kelly.