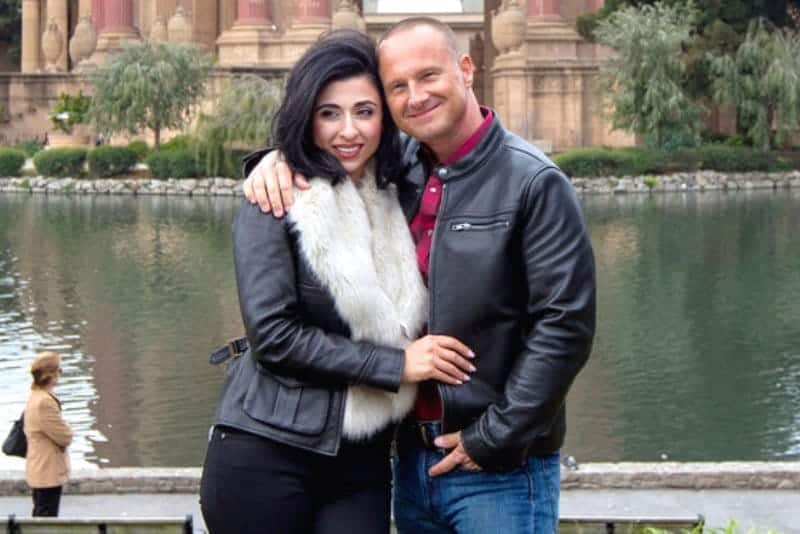 Most viewers remember Tara Radcliffe from starring alongside her husband Rob Radcliffe on the third season of Bravo’s Newlyweds: The First Year reality show, that is until she popped up on the current season of Shahs of Sunset!

Even more shocking, Tara’s storyline included a rumored affair with her costar Shervin Roohparvar, who also wasn’t single at the time as he had a girlfriend aka Annalise Carbone.  Shervin denied hooking up with Tara while Tara admitted it happened, leading many to wonder if she was still married to Rob?

Well we can know bring you that answer. There’s no word on when exactly Tara’s scenes were filmed on SHAHS but she did announce back in March of this year that she and husband Rob had separated.

Tara posted on her Instagram: “Now, on the flip side I have dealt w/ the biggest loss of my life. I was very hesitant to write about this last part of my post, but I figured that it will come out & I wanted to honor this major shift in our lives. Close to 5 years ago, I met this wonderful man Mr. Radcliffe… he swept me off of my feet and I fell in love HARD… he has brought me so much joy and so many unforgettable moments, he gave me amazing step boys, & he accepted all of me including all my flaws. They say that sometimes love is not enough to keep 2 people together, & I never believed it until now. We have part ways @robradcliffe180 but know that I will cherish every moment that we shared together, every laugh, every heartache, everything! I pray we cross paths again in this lifetime but if not, you & I know we will see each other in the next! Love you always & forever. ??”

On the show, Mercedes ‘MJ’ Javid alleged Tara and Shervin had been sleeping together for 5 months, and that Rob kicked Tara out of their home after he discovered the affair.

Quite sad to see the couple is no longer together. It is also rumored that Shervin and Annalise have broken up but we don’t have any proof of that yet.

UPDATE – Tara and Rob are officially back together! The couple has been sharing photos with each other for the past new months now on their social media pages. Good for them!

TELL US – ARE YOU SURPRISED TARA AND ROB HAVE SPLIT?